A Beautiful Place to Die – with Stephen Booth. 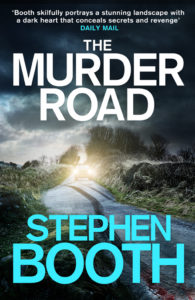 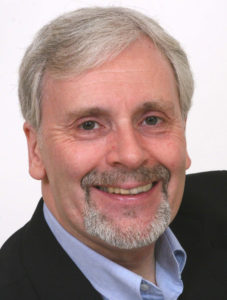 The latest Cooper and Fry novel from Stephen Booth is out tomorrow and The Murder Road is now available in paperback – I’ve been a long time fan of this series so today is celebrating all things Cooper and Fry- later this afternoon I have an interview with the man himself but I have to thank him SO much for this first post. I’ve always loved the location setting for this series and visualising it is no problem due to the great descriptive writing but I asked Stephen if he would talk a little about where the bodies are buried and send some images of the real life locations inspiring that – what follows is what he came up with and its entirely brilliant. Details about the latest novel follow the article and Stephen will be appearing at First Monday Crime in July and I can’t wait to say hello.

I’ve always been fascinated by a strong sense of place in crime fiction. My interest goes back to Conan Doyle’s ‘The Hound of the Baskervilles’, which made a deep impression on me as a child – a very dark story, with a wild, remote setting. In another story, Holmes tells Dr Watson: “The lowest and vilest alleys of London do not present a more dreadful record of sin than does the smiling and beautiful countryside.” And when I chose to use a rural setting for the Cooper and Fry series, the Peak District was the perfect choice.

My fictional town of Edendale, where my Derbyshire detectives Ben Cooper and Diane Fry are based, lies on the boundary between the Dark Peak and the White Peak, the geologically contrasting halves of the Peak District which provide perfect symbolism for a crime novel, representing the dark and light, good and evil. Those sudden eruptions of black, twisted rock in the middle of a picturesque landscape constantly remind me of the darkness that lurks beneath the surface.

So the locations where various deaths take place have become important, not only for their unique atmosphere, but often for their symbolism, or for the way the location relates to either the victim or the perpetrator.

This idea came into play very early in the series. The eerie silence of Stanton Moor and its stone circles inspired the scene of a murder in my second book, ‘Dancing with the Virgins’, when a body is found inside a stone circle called the Nine Virgins. The name refers to a legend about the origin of the stones – that they’re village maidens turned to stone for the sin of dancing on the Sabbath and punished for all eternity. In this case, there’s a 10th stone, known as the Fiddler, who is also punished. People still come to Stanton Moor to carry out rituals in the stone circles today, and it’s one of the most atmospheric locations I could have chosen. It made a powerful impact on that book.

Sometimes just stumbling across a location gives me an idea for a story. I was hiking on the moors above the Snake Pass one day when I suddenly found myself walking through aircraft wreckage scattered across the moor. There have been many aircraft wrecks in the Peak District, a lot of them going back to the Second World War, but I hadn’t realised how much wreckage might still lie on the hills. Seeing it made me think about the men wwho died in those crashes, and with a bit of research I soon discovered that some of them were Polish airmen, whose comrades had settled in the area after the war. At the centre of my third novel ‘Blood on the Tongue’ is the location of the wreck of a fictional Lancaster bomber, with a mystery about the fate of one of its crew.

I think of the Peak District as beautiful but dangerous. It can be quite a frightening place, particularly for people unfamiliar with the hills and the unpredictable weather. The area has been responsible for many deaths. In ‘Dead and Buried’ a tourist couple set off to walk back to their cottage one night and are never seen again. It’s a wild and lonely place up there on the moors! 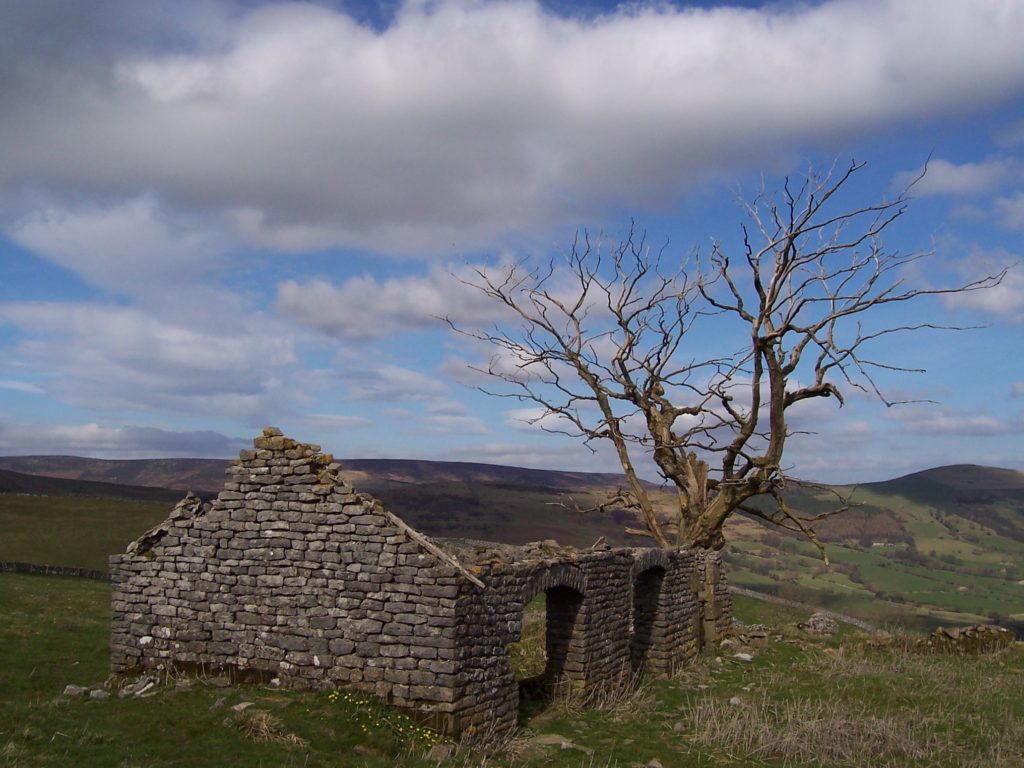 Many of my most significant locations are fictional, of course. Well, perhaps I should say ‘fictionalised’ since they’re always based on real places, but the details have been changed. For example, ‘Dead and Buried’ features a landmark pub high on the moors called the Light House. That pub plays a critical role from the beginning of the story right through to the dramatic ending. It’s the scene of more than one murder, and its history forms a major turning point in Ben Cooper’s life. There are very similar pubs in prominent locations in the Pennines, though the Light House isn’t quite any of them.

Sometimes I have work hard to find the right location. For ‘Dying to Sin’ I wanted a derelict farmhouse as a setting for a story about an old farming family who’d come to a tragic end. I drove around for a long time until I spotted just the right farmhouse in the distance. It was only when I climbed over the gate to take a closer look that I discovered how much mud there was in an abandoned farmyard. That became the first line in the book: “The mud was everywhere at Pity Wood Farm.” The possibilities for what might be found in a place like that are endless. And they might well include a body or two! 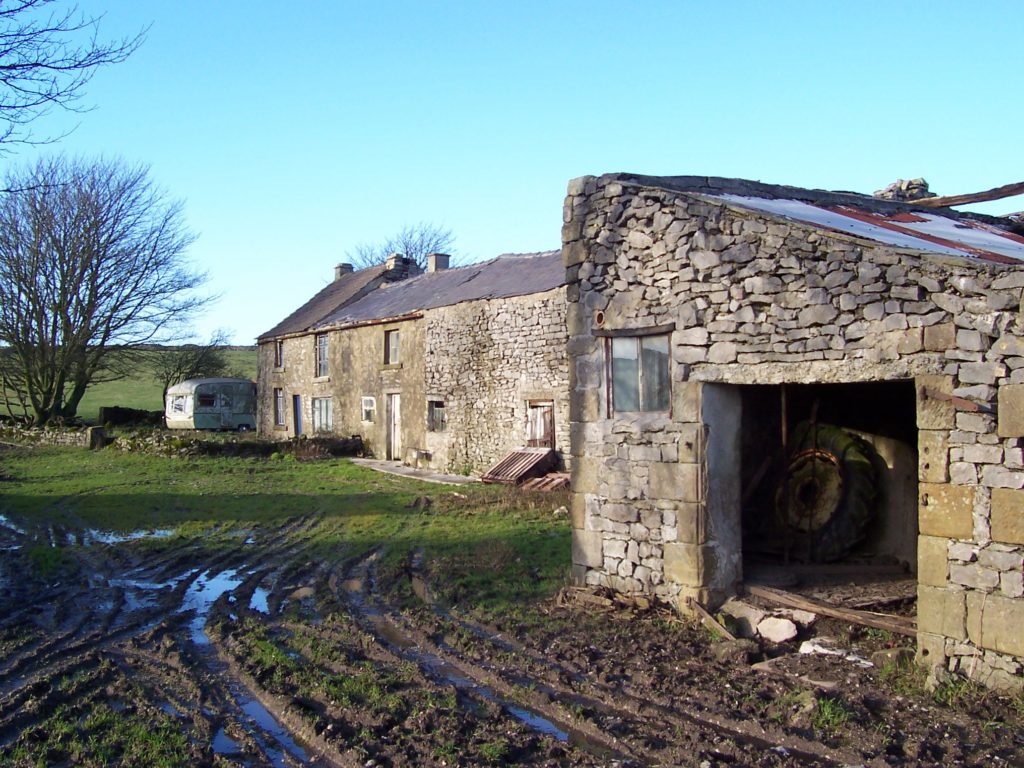 It’s interesting to contrast beautiful locations and happy, carefree visitors to the national visitors with some dark incident taking place. ‘Lost River’ opens on a bank holiday weekend at one of the most popular tourist spots in the Peak District – Dovedale and its much photographed stepping stones. The bank holiday is marred by the death of a young child in the river – and Ben Cooper is a helpless observer.

Perhaps it takes the imagination of a crime writer to see the possibility of death in a location like this! A few years ago I was doing an event in the town of New Mills, in the north west corner of Derbyshire, and readers asked me why I hadn’t set a Cooper & Fry novel there, because they thought their town was interesting too!

There’s a river gorge below New Mills called the Torrs, and a wonderful Millennium Walkway has been built which swings right out over the river. It feels exposed, yet it’s almost impossible to be overlooked. When I walked out onto that walkway, my first thought was “What a great place to find a body!”. That appeared in a recent book, ‘The Murder Road’.

Most of the victims in my books didn’t choose the place of their own deaths. But for the latest Cooper & Fry novel, ‘Secrets of Death’, I’ve turned the concept of location on its head a bit.

The idea for this came from seeing a line of benches overlooking a famous viewpoint. Each bench carried a plaque commemorating somebody who was said to have loved this particular spot. Many people have a favourite places they like to go back to, or where they want to have their ashes scattered. It occurred to me that if you intended to end your own life, and you were planning it properly, you might choose to do it at that favourite location, so that your chosen view was what you saw in your last moments.

So this book explores the idea of ‘suicide tourism’. Ben Cooper and his team from Edendale CID are faced with a spate of suicides in popular Peak District beauty spots, with no idea where the next dead body might turn up. It isn’t very good for the tourism business! And of course there’s always the possibility that one of those deaths might not have been suicide at all…

For ‘Secrets of Death’, I ended up using two of my own favourite Peak District locations. Surprise View provides a fantastic vista of the Hope Valley from above Hathersage, and was my original inspiration for Edendale. Monsal Head overlooks the aptly named Headstone Viaduct, with the River Wye winding its way through a fairytale landscape. These are also the choices for two of Ben Cooper’s suicide tourists.

In ‘Secrets of Death’, people are literally choosing a beautiful place to die. 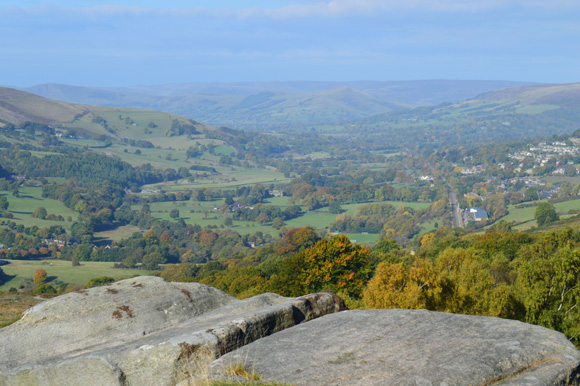 Thanks SO much Stephen! Look out later today for an interview with Stephen and he has also answered the short sharp questions to introduce the July First Monday panel so look out for that later this month. I really can’t thank him enough for all his fantastic input. And the books are marvellous – I’ll be reviewing the new one in due course but if you havent started them yet I can say – Highly Recommended!

For The Murder Road right HERE

Residents of the Peak District are used to tourists descending on its soaring hills and brooding valleys. However, this summer brings a different kind of visitor to the idyllic landscape, leaving behind bodies and secrets.

A series of suicides throughout the Peaks throws Detective Inspector Ben Cooper and his team in Derbyshire’s E Division into a race against time to find a connection to these seemingly random acts – with no way of predicting where the next body will turn up. Meanwhile, in Nottingham Detective Sergeant Diane Fry finds a key witness has vanished…

But what are the mysterious Secrets of Death?

And is there one victim whose fate wasn’t suicide at all?

For the tiny Peak District hamlet of Shawhead, there’s only one road in and one road out. Its residents are accustomed to being cut off from the world by snow or floods. But when a lorry delivering animal feed is found jammed in the narrow lane, with no sign of the driver except for a blood-stained cab, it’s the beginning of something much more sinister.

Detective Inspector Ben Cooper must attempt to unravel the history of secrets, lies and loyalties that will lead to the truth behind the missing lorry driver. But the residents of Shawhead are not used to having strangers in their midst and, while getting to grips with staff changes in E Division, Ben’s way forward is far from clear. Will he turn to Detective Sergeant Diane Fry, now working in Special Operations at Nottingham’s Major Crimes Unit, for help when the case takes a dramatic turn?

2 Responses to A Beautiful Place to Die – with Stephen Booth.