Today I am very happy to offer an extract from  Steve McHugh’s latest brilliant novel, A Flicker of Steel. Details on the book follow! Enjoy.

Avalon stands revealed, but the war is far from over. For Layla Cassidy, it has only just begun.

Thrust into a new world full of magic and monsters, Layla has finally come to terms with her supernatural powers—and left her old life behind. But her enemies are relentless.

Sixteen months after her life changed forever, Layla and her team are besieged during a rescue attempt gone awry and must fight their way through to freedom. It turns out that Avalon has only grown since their last encounter, adding fresh villains to its horde. Meanwhile, revelations abound as Layla confronts twists and betrayals in her own life, with each new detail adding to the shadow that looms over her.

As Layla fights against the forces of evil, her powers begin to increase—and she discovers more about the darkness that lies in her past. As this same darkness threatens her future, will she be ready to fight for everything she holds dear?

You can purchase A Flicker of Steel Here. 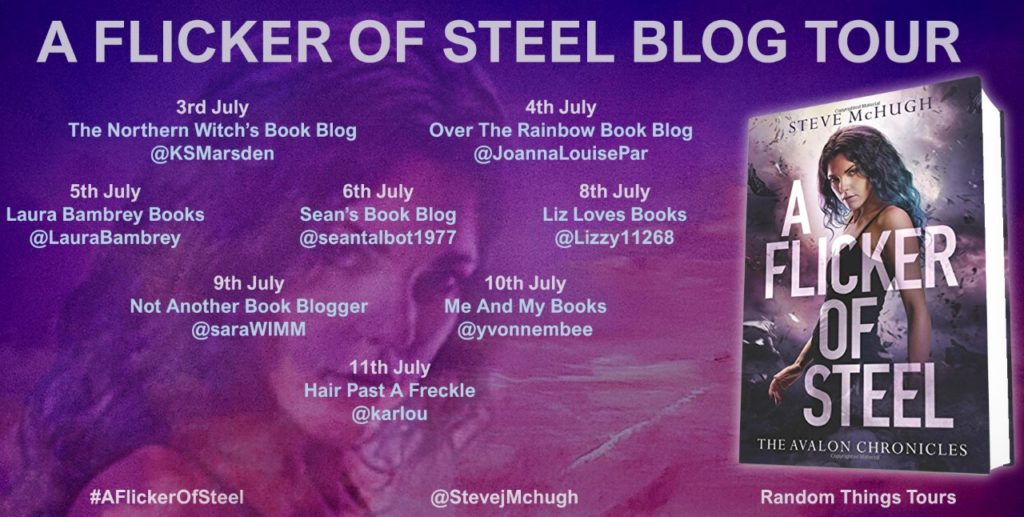