Aye Write – Getting to Know the Authors. With Rod Reynolds. 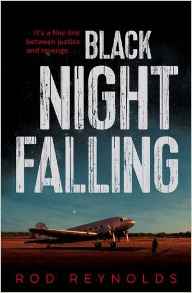 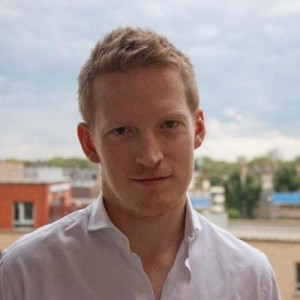 Today I’m getting to know Rod Reynolds (Yes everybody can have a good laugh at that one) but he’s appearing at Aye Write and so he has to do this interview. Because I said so. And sometimes he lies! (Nothing is my fault)

Black Night Falling is the second book in the Charlie Yates series, sequel to The Dark Inside. Charlie is a disgraced reporter from New York City who gets a call from an old acquaintance begging him for his help in investigating the murders of two young women. The kicker is that Charlie it means going back to the south, to Arkansas, a place he barely escaped with his life just months earlier. Reluctant as he is, his conscience gets the better of him and he accepts the call.

On arrival in Hot Springs, Charlie finds his contact has disappeared and that the town is a den of crime and corruption, run by mobbed-up politicians and racketeers. More than that, there is no record of the murders his friend talked about. Sensing the place is rotten to the core, Charlie investigates anyway, but the closer he gets to the truth, the closer it takes him to danger – and to the past he thought he’d outrun…

I grew up in Camden, in north London, with my mum and two sisters. Family life was really normal – I was a pretty typical boy, in that all I wanted to do was play football or computer games. No one in my family wrote books or anything like that – it was never something I thought about as a kid. I was always a big reader, though, and my mum always encouraged that. The first books I really remember being obsessed with were The Famous Five.

Academic, definitely. I was a decent student but never really had much interest in creative subjects. At university I studied history, which was my favourite subject.

**Pauses a moment to laugh quite a lot**

When I read my first James Ellroy book, The Cold Six Thousand. I’d never read anything like it and it completely blew my mind. I remember thinking if I could ever write something a fraction as powerful as that, I’d be thrilled.

James Ellroy, David Peace, Hunter S Thompson, Eddie Vedder, Scott Weiland, David Simon, Michael Mann…and on and on and on. Although in truth I’m not much of a hero-worshiper. A lot of my family work in the public sector and, I know it’s a cliche to say it, but people who do jobs like doctors or nurses or teachers – people who literally change other people’s lives every day – are the people I admire most. Not least because I don’t think I could ever do what they do.

Let’s go with when my ‘friends’ took me to a Spanish water park in a ginger Morph suit on my stag do. That was pretty embarrassing.

Phone a friend. I detest DIY and am terrible at it.

I could get a sunburn from a reading lamp, so let’s say night owl.

I don’t think a book has ever made me cry. Which is odd because since I became a dad, I cry at the drop of a hat.

You’ve met me – do you seriously think anyone would listen to advice offered by me?!

And now I stood here, on a desolate airfield in the Arkansas wilderness, a stone’s throw from Texarkana. Darkness drawing in on me. Cross country to see a man I never imagined seeing again. On the strength of one desperate telephone call…’

Having left Texarkana for the safety of the West Coast, reporter Charlie Yates finds himself drawn back to the South, to Hot Springs, Arkansas, as an old acquaintance asks for his help. This time it’s less of a story Charlie’s chasing, more of a desperate attempt to do the right thing before it’s too late.

One Response to Aye Write – Getting to Know the Authors. With Rod Reynolds.