Launching in January, with venues at both Dulwich Books in West Dulwich and the legendary The Bedford in Balham, events will feature both renowned writers and debut novelists including Fiona Barton, author of The Widow (2016’s The Girl on The Train?) and award-winning novelists Kate Mosse and Helen Dunmore.

DEADLY IN DULWICH with Fiona Barton and Ann Morgan 21st January, 7pm. Tickets are £10 and include a mystery cocktail

Fiona Barton and Ann Morgan, two of the most exciting names in contemporary page-turning fiction, are the stars of the inaugural Dulwich Books crime and thriller event series, Deadly in Dulwich.

Fiona’s debut novel The Widow will be published on the 14th January and is already tipped to become next year’s The Girl On The Train. Ann Morgan, famous for her previous book Reading The World, in which she recorded her attempt to read one book from every country in the world, has written her first psychological thriller Beside Myself, a tense story about the fragility of identity. 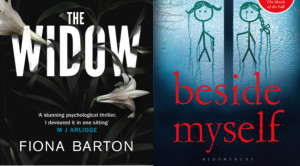 British poet, novelist and children’s writer, Helen Dunmore joins Dulwich Books for the evening to celebrate the launch of her latest novel Exposure, a spy thriller set during the Cold War. Having won the Orange Prize for Fiction with her novel A Spell of Winter, her new book is a remarkable story of forbidden love, intimate betrayal and the devastating power of exposure drive.

In conversation with Susie Nicklin, Helen will discuss her incredibly powerful book before welcoming guests to ask questions and celebrate its publication with Prosecco.

NEW VOICES with Monica Wood and Jem Lester 4th February, 7pm. Tickets are £10 and include a glass of wine and a proof copy of Monica’s novel The One-in-a-Million Boy.

Monica Wood, already an award-winning author in the US, will present her debut UK novel The One in a Million Boy, a heart-wrenching book due for publication in April. A story of an unlikely friendship between a mentally sharp, determinedly independent woman of 104 and a world-records-obsessed eleven-year-old boy, this UK debut is insightful, inventive and full of surprises.

Jem Lester’s debut novel Shtum is a funny, engaging and beautiful novel about a young boy called Jonah who suffers from autism and has never spoken. Set in North London, his single father, Ben, must learn to cope with the challenge of having a child who keeps shtum, a book perfect for fans of David Nicholls, The Shock of the Fall and The Curious Incident of the Dog in the Night-time.

Dulwich Books are also delighted to announce a new series of events taking place at legendary live music and comedy venue The Bedford in Balham.

Originally a hotel developed in the 1830’s, The Bedford is still the central community hub of Balham. In the late sixties and seventies it was a spit and sawdust live music venue serving as a springboard for early gigs by acts including The Clash and U2 and now, it will host some of the most fantastic literary talent of the modern day as part of Dulwich Books.

I CALL MYSELF A FEMINIST with Kate & Martha Mosse, Meltem Avcil, Amy Annette, Caroline Kent, Hajar Wright and others. 14th January, 7pm. Tickets are £6 entry only, or £10 with a paperback copy of I Call Myself a Feminist included

Is feminism still a dirty word? I Call Myself A Feminist brings together twenty-five of the brightest, funniest, bravest young women, to ask what it means to be a feminist in 2015. For this special one-off evening, the launch of Dulwich Books’ 2016 events programme in its new location, Kate & Martha Mosse will be speaking as mother and daughter about intergenerational feminism alongside Meltem Avcil, Amy Annette, Caroline Kent, Hajar Wright, and others. 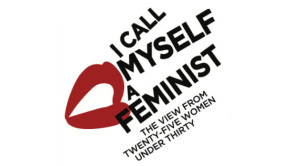 With readings, discussions, and opportunities for audiences to participate, all interspersed with breaks to visit the bar, there’ll also be an after-party with music and dancing.

GROWING UP COMMUNIST with David Aaronovitch and Jo McMillan 11th February, 7.30pm. Tickets are £6, which is fully redeemable against a purchase of either Party Animals or Motherland

Join David Aaronovitch and Jo McMillan to discuss an upbringing on the fringes of political life. Tracing the decline of the communist tradition in Britain, Party Animals is a deeply personal account of what it’s like to grow up in a family on the far-left. Written by David Aaronovitch, a well-known journalist and commentator, it is a memoir that stands out from the crowd. 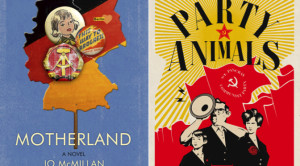 Jo McMillan’s debut novel Motherland, published in hardback last year, is an incredible story of a childhood in struggle. In this case the struggle is that of thirteen-year-old Jessica, whose mother Eleanor is unerring in her attempts to radicalise the sleepy midlands town of Tamworth. Unfortunately for Jessica, those attempts are mostly met with indifference and hostility. But a visit to the Democratic Republic of Germany beckons…

DISPLACEMENTS with Ben Rawlence 10th March, 7.30pm. Tickets are £6 and are fully redeemable against a purchase of City of Thorns

Over the course of four years, Ben Rawlence became a first-hand witness to a strange and desperate limbo-land. To the charity workers, Dadaab refugee camp is a humanitarian crisis; to the Kenyan government, it is a ‘nursery for terrorists’; to the western media, it is a dangerous no-go area; but to its half a million residents, it is their last resort. Among those seeking sanctuary there are Guled, a former child soldier who lives for football; Nisho, who scrapes an existence by pushing a wheelbarrow and dreaming of riches; Tawane, the indomitable youth leader; and schoolgirl Kheyro, whose future hangs upon her education. In City of Thorns, Rawlence interweaves the stories of nine individuals to show what life is like in the camp and to sketch the wider political forces that keep the refugees trapped there.

Ben will share his stories of life in the camp, explaining why he wrote the book and what he thinks can be done to improve the lives of refugees around the world.