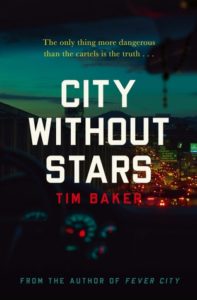 The only thing more dangerous than the cartels is the truth…

In Ciudad Real, Mexico, a deadly war between rival cartels is erupting, and hundreds of female sweat-shop workers are being murdered. As his police superiors start shutting down his investigation, Fuentes suspects most of his colleagues are on the payroll of narco kingpin, El Santo.

Meanwhile, despairing union activist, Pilar, decides to take social justice into her own hands. But if she wants to stop the killings, she’s going to have to ignore all her instincts and accept the help of Fuentes. When the name of Mexico’s saintly orphan rescuer, Padre Márcio, keeps resurfacing, Pilar and Fuentes begin to realise how deep the cover-up goes.

Tim Baker follows up his wonderful and dark “Fever City” with another City – this one without stars – and it was brilliant. Hard hitting, authentic, compelling characters and a socially relevant story.

This is powerful stuff here, the story lives and breathes, the dissecting of a crime culture, the exploration of exploitation, the sheer reality and complexity that the author brings to the issue is absolutely astounding and actually I am incapable of putting into words how much this novel affects you as you read it.

I don’t generally read cartel stories (Winslow aside) but I had an inkling that this one was not to be missed and I was correct – the characters engaged me, I felt every moment of it and the descriptive sense of place and people was breathtaking. Tim Baker is a true weaver of words, his sense of character depth is intuitively captivating, the writing is edgy and authentic, the violent beauty of it is disturbing on all the right levels.

If it’s strong female protagonists that you want then look no further than Pilar, who I don’t believe I will ever forget. There are threads running through this taken straight from reality, making it hugely emotionally resonant both in fact and fiction.

In reality there is no way to say absolutely how good this book is. The world we live in can be a dark and scary place. In the City Without Stars this is brought home in vivid, unrelenting and massively compelling ways. 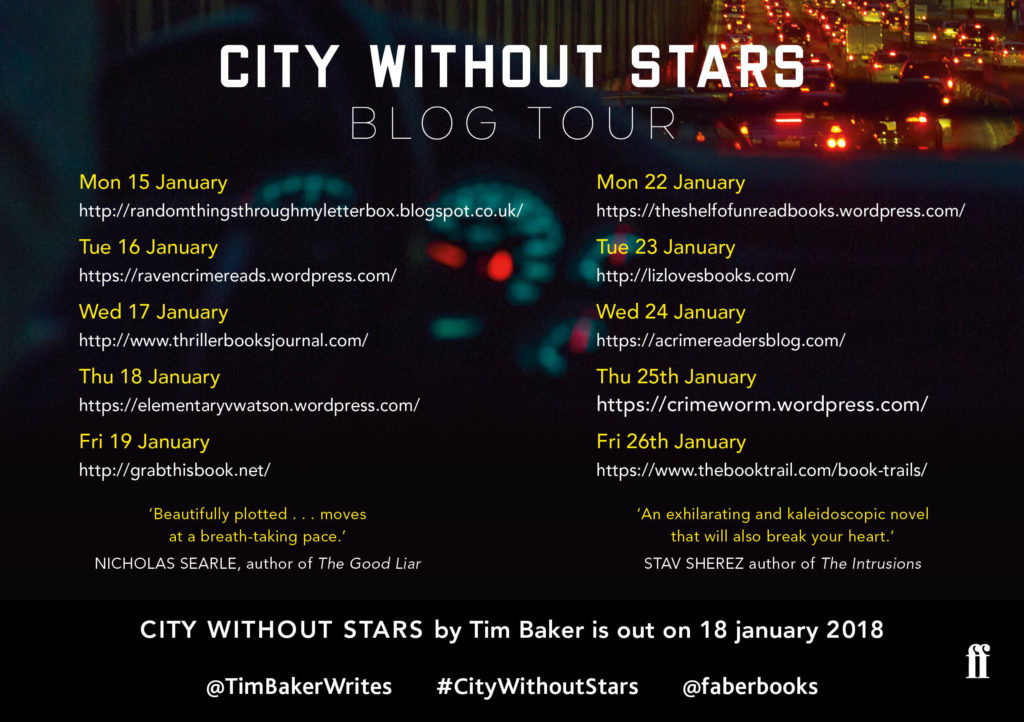 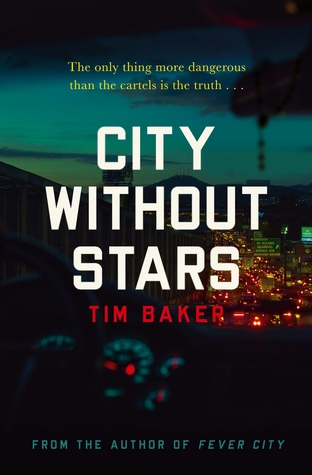