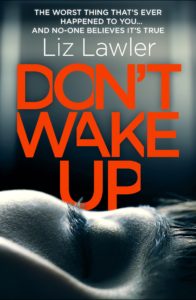 Today I am more than happy to offer an extract from Liz Lawler’s tense and atmospheric psychological thriller – a book that I recommend highly to readers in this genre. After the extract you can find  my review and more information.

Her eyes darted to the cardiac monitor on a trolley beside her.

She could see the trailing wires and knew they were attached to electrodes on her chest.

‘Look, I don’t mean to be rude. You’ve probably had a long day, but I’m a bit pissed off that I’ve woken up to find myself alone. Now just so we’re clear, I’m not going to make a complaint, but I do want to know who you are. I want your name and I want to know what’s going on, right now.’

‘Well, Alex,’ he said, raising purple-gloved hands in the air which held a surgical stapler. ‘Just so we’re both clear. Right now, if you don’t keep a civil tongue I’ll be inclined to staple your lips together. You have a pretty mouth. It will be a shame to ruin it.’

A wave of terror instantly hollowed out her stomach. Muscles rigid, eyes open, her thoughts, her anger and her voice were paralysed.

‘Temper isn’t going to help you here,’ he stated calmly.

Champagne and roses, she thought. Think of that. Patrick. Think of him.

‘That’s better.’ She could hear a smile in his voice. ‘I can’t work with noise.’

Scenarios played like a film on fast forward in her head.

She was in the hospital somewhere.

Someone would find her.

Someone would hear her scream.

This was a madman. A patient on the loose. A doctor? Or someone impersonating one? He had obviously taken control of one of the theatres and she . . . she had somehow stumbled across him. Her mouth, the pressure she had felt. The gagging after she dropped to her knees in the car park . . . He had brought her in here. He had hit her and then gagged her, with a cloth. He must have anaesthetised her. Chloroform or ether . . .

‘Please don’t scream,’ he said, reading her mind. ‘We’re quite alone and I really don’t want to resort to silencing you. I have a headache as it is. Cold wind always gives me one. Surprised you haven’t got one, wearing so little on a cold night like tonight.’

Alex Taylor wakes up tied to an operating table.

The man who stands over her isn’t a doctor.

The offer he makes her is utterly unspeakable.

But when Alex re-awakens, she’s unharmed – and no one believes her horrifying story. Ostracised by her colleagues, her family and her partner, she begins to wonder if she really is losing her mind.

And then she meets the next victim.

This was a fast read for me, in many ways your typical psychological thriller but it was superbly menacing and I give it extra points for being quite unpredictable – not necessarily on the “whodunnit” level, although Liz Lawler does a great job of obfuscating things – but more because it didn’t feel at all like things would necessarily work out for our main protagonist. Did all come good in the end? Well you’ll have to read to find out.

It has that addictive quality that I look for in this genre, certainly a page turner, also intensely creepy at times. Imagine you are assaulted but nobody believes you. Imagine then that at every turn you are looking more and more unbalanced but you know that you are not. That is an intriguing layer to Don’t Wake Up, I also give points for the fact that the characters mostly behaved reasonably given the circumstances. If I had one bugbear it was one police officer character that was way too caricature but I won’t say more because everyone reads differently

Overall Don’t Wake Up is a great read, especially as a book to sit down with when you just need to read totally in the comfort zone – I have no problem recommending it to fans of this genre, whilst it may not offer anything unique, it is accomplished writing and a banging good story. 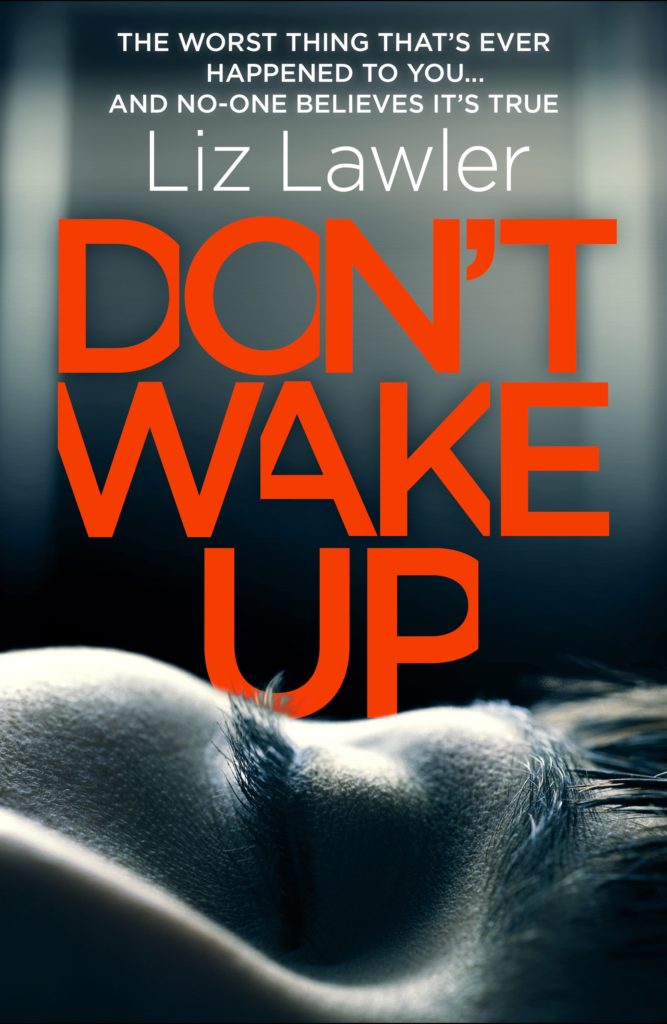