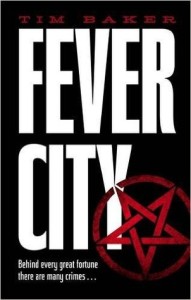 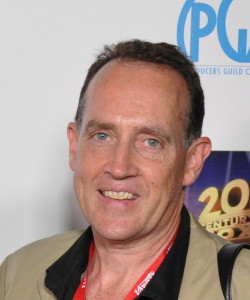 Fever City is quite simply brilliant – a triumph of imagination within a factual basis, incredible characters some of whom you’ll know and one of the most fascinating plots you are likely to read this year. So I was VERY happy to get to ask the author, Tim Baker, some questions which I feel don’t even touch the surface of what you’ll be getting from this read, luckily he knows what he’s about and this is entirely intriguing  stuff. I’ve done a little review at the end for you just to tell you my thoughts but honestly this one stands on its own merits. Read the first chapter. Then you’ll be hooked. Anyway, here is what I asked the very lovely Mr Baker.

Tell us a little about why you wrote Fever City – what was the main inspiration that got you started?

In the early Nineties I stumbled across an amazing live sound recording of the moment when Lee Harvey Oswald was shot dead in Dallas. There was something so vivid and disturbing about the sound portrait, particularly the scuffles after Jack Ruby shot Oswald. And I was intrigued by the persistent intrusion of a car horn. Could it have been some kind of signal, and if it was, did that indicate a conspiracy?

It was one of those core story moments. I started thinking about conspiracy, concealment and the tendency we have both collectively and individually to bury traumatic events. It would be a while before the book itself came into being, but I knew at that very moment I had to write about the JFK Assassination.

I’m really happy that you found it authentic! All of us have a tendency to gravitate towards certain periods in history. Some people go for the Jazz Age, others for the Renaissance. I’m a Mid-Century person, essentially from 1944 (the Liberation of Paris) till the early ‘70s (Watergate and the Zodiac killings).

I don’t know why but I feel comfortable in the mid-20th Century. It was the best of times; it was the worst of times, to paraphrase Charles (Dickens, not Manson!). That period encapsulates extraordinary social, political and cultural upheavals. And of course it also embraces the end of European colonialism and the birth of American and Soviet imperialism.

But more importantly, I just feel confident writing about that time. Most writers are good listeners, and I had spent a childhood listening to stories from that period, and had grown up in the tail end of it. For me the best way to achieve period authenticity is via tone, not detail. To get that tone and voice right, you have to feel authorative but you also have to feel relaxed. As a reader myself, I tend to follow a voice that sounds assured.

Were the research aspects of it fascinating? And how did you go about putting your own spin on things?

Researching FEVER CITY meant plunging into the bad lands of Conspiracy Theory. Out there you encounter plenty of lone gunmen, some of them even wanting to take a bead on you! I discovered that most conspiracy theories don’t make sense outside of their own narrow references. So what I decided to do was create a vast story architecture that was big enough to reference some of the more interesting and diverse theories, but which also possessed its own narrative logic and integrity.  This allowed me to be creative and re-interpret events with dramatic conviction.

What do you hope readers will take from it?

I hope readers will enjoy the ride, because it’s a wild one and it’s meant to be fun. There are several themes that readers might respond to in the book. One is the notion that all of us carry our own private Dallas inside us; we all have our own “what if” moment, and often our lives are shaped by the way we respond to such moments. Other readers might embrace the idea that the people behind the murder of JFK created and perpetuated the environment that led to the 2008 Financial Crisis. Some may reflect upon the capacity we all have to harbour enormous mysteries inside us that can remain unseen even by the ones who love us the most.

Of all the eclectic characters which one did you enjoy writing the most?

As a kid, I used to go to the stadium my father managed in Newcastle, Australia, and watch World Championship Wrestling. Sure the good guys were selfless and brave but they were always just a little bland. But the bad guys? They were interesting. Johnny Roselli was a fascinating villain to write.  One of the last, old school gangsters who somehow managed to fly under everyone’s radar – until FEVER CITY finally claimed him.

What was particularly enjoyable was writing about Roselli from two entirely different perspectives. For one of the lead characters, Los Angeles Private Eye and ex-LAPD cop Nick Alston, Roselli inspires both hate and fear. Hate because of the corruption he was sown through the city, and fear because Nick knows exactly what Roselli can do and get away with.

For another major character, Hastings, a professional hitman, Roselli inspires nothing but contempt. Hastings considers Roselli to be a clown, and being in his employ is existential hell for Hastings. It was a lot of fun shifting backwards and forwards between the two points of view, and I am happy to report that Roselli, aka Johnny Handsome, will be returning in the sequel.

Finally, tell us a little bit about you – your reading influences, any hobbies outside of writing?

As a kid I read a lot of Greek and Roman mythology, and as I got older, all the great American writers of the 20th Century, as well as the French and Russians of the 19th Century. I was hugely influenced by My Antonia, Kafka, Camus and William Gaddis. I am a pretty eclectic reader, although I never read fiction when I’m working on my drafts. There’s not enough room in my head for additional voices.

I’ve lived in the South of France for the last six years and love the proximity to the sea. I tend to swim at least an hour a day five or six months of the year. I joined the local yacht club when I first came down here and love to go out in a Hobie Cat when the wind is up – which isn’t often! – or on a paddleboard when it isn’t. I also play tennis, go for gentle bike rides and walk the dog. Physical activity is a very important counter-balance to the sedentary nature of writing, as is sunshine and wine!

Thank you, Liz, it’s been a pleasure!

Nick Alston, a Los Angeles private investigator, is hired to find the kidnapped son of America’s richest and most hated man.

Hastings, a mob hitman in search of redemption, is also on the trail. But both men soon become ensnared by a sinister cabal that spreads from the White House all the way to Dealey Plaza.

Decades later in Dallas, Alston’s son stumbles across evidence from JFK conspiracy buffs that just might link his father to the shot heard round the world.

I was going to write one of my long, flowery gushy reviews about Fever City, a novel that completely stole my heart while I was reading it, one that has sublime writing, a dark, sexy and violent edge, possibly the most compelling conspiracy thriller I’ve read in my lifetime – then realised that this is not really required.

Fever City is a novel that comes along once in a decade if we are lucky. It is entirely brilliant and has to be read to be believed. Sometimes short and to the point is better. If the blurb intrigues you, even in passing, go get this book. It is most certainly one I shall read several times before I’m done. Pitch perfect in every way. 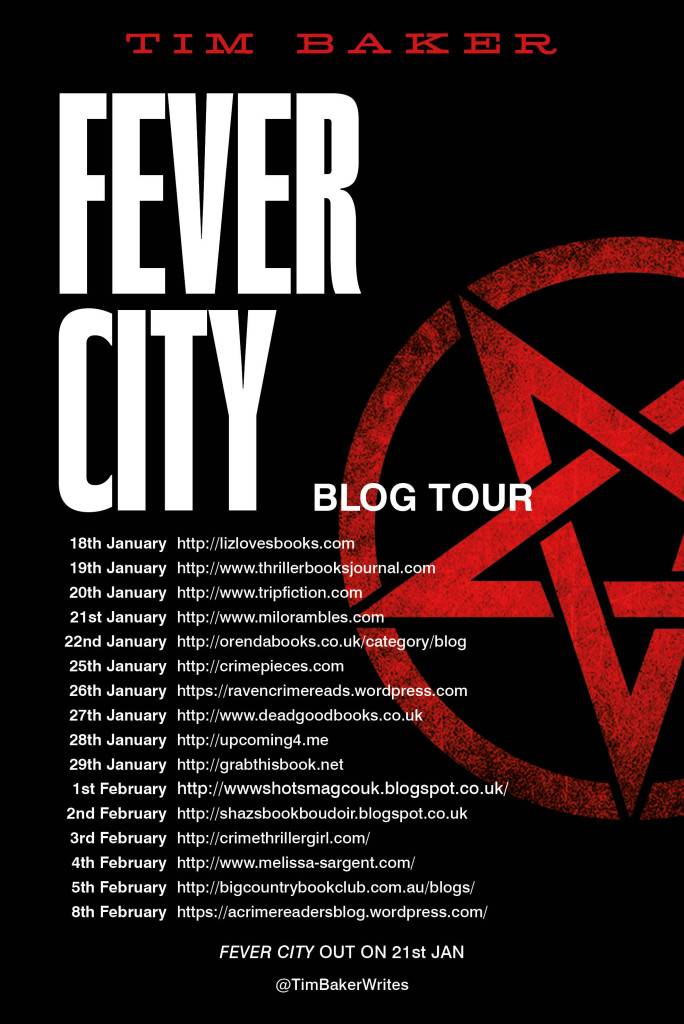