The Wandering Author – How and Where I Write

This is a picture of my office at home. (SEE PHOTO) It’s not actually an office – that was turned into a nursery two years ago when my third child was on the way. No, it’s a corner of my dining room, with the smallest desk we could find because that’s all that would fit. Out of shot are the dining table, two high chairs, several boxes full of felt tip pens and an essential item for every writer’s workspace: a bright yellow puppet theatre. 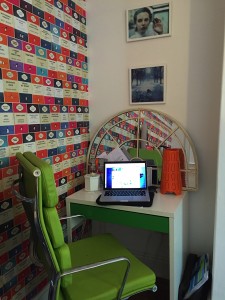 A lot of readers – including me, before I became a full-time author – imagine authors locking themselves away in grand offices, probably on the top floor of a large house, with an inspiring view. A solid oak desk, piles of paper everywhere, shelf after shelf of books. A place where magic naturally happens. But I’ve discovered this is not at all typical, especially as most of us have to fit writing around normal life. And if you have small children, the challenge of finding time and space to write is magnified – like every other problem that child-free people can barely comprehend – ten-fold.

So it’s actually pretty rare to find me in my little makeshift office. Instead, most days I can be found wandering the streets of Wolverhampton, looking for a place to park my laptop and increase my word count. I have several favourite venues. The gym is one of them. My gym has a large coffee lounge where I can happily sit all day, using their wifi and watching active types jogging in and out of the changing rooms. Initially, I think the staff wondered what I was up to. When I told them I’m a writer they said, ‘Oh. Someone off The Secret Millionaire used to come here and do that too.’ Which is far more impressive because a) he’s a millionaire and b) he’s been on the telly.

I have a favourite café, called Latuskes, where they serve the best scrambled eggs in the West Midlands. The staff are lovely and at least one of them has read one of my books. I also go to Starbucks which is curiously empty on weekday afternoons. I sit there and pretend I’m Carrie from Sex and the City, imagining that I’m gazing out at Manhattan rather than Wolverhampton city centre and one of the country’s busiest Poundlands.

I’ve become so accustomed to working in public that I am usually able to block out the noise around me, though the occasional conversation pierces my concentration. I recently overheard a teen boy trying to impress his girlfriend by telling her about Orwell’s 1984. ‘Yeah, the TV show Big Brother was based on it. It was written in 1950…’

‘Actually,’ I wanted to cry. ‘It was written in 1948. Orwell reversed the final digits to get the year.’ But I resisted. Still, it was distracting.

I’m not complaining about having a tiny office and being forced to work in public, although it’s easy to forget how privileged I am being a full-time writer. It wasn’t always like this. My first books were written in snatched moments. One of them, my first under a publisher’s contract, was written almost entirely on a train. Thirty minutes in the morning, thirty more in the evening. Writing with a sweaty commuter crammed into the seat beside you while people yell, ‘I’m on the train!’ into their mobiles is not fun. So I may look like a lost figure, wandering about with a laptop under my arm, but I like being a wanderer. The Wolverhampton wanderer. It’s actually pretty apt. 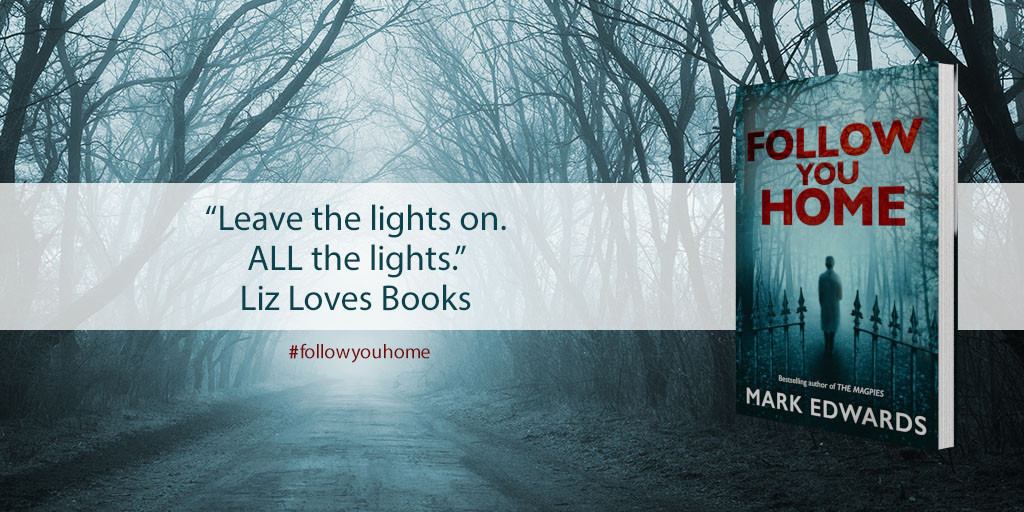