So the Dynamic Writing Duo Louise Voss and Mark Edwards have recently released their latest thriller Forward Slash and its a corker! I caught up with the pair of them and posed a few questions. Here is what they had to say.

Do you enjoy writing as a team and how does it work?

Kathy and Amy are sisters – when Kathy goes missing Amy is bound and determined to find her no matter what the cost…and the cost could be high. Not being taken seriously by the Police, Amy launches her own investigation and what she finds horrifies her…

Cleverly written from several points of view, this novel is a clever take on the possible dangers of Social Media and a terrific mystery thriller. Told in bites from the side of each character, including the “bad guy” the story is intense and unsettling in equal measure. As you, the reader, get some information ahead of Amy, you may find yourself shouting at the book when she starts heading in the wrong direction, or trusting the wrong people – Certainly I had my head in my hands upon occasion.

I do love the way this duo writes – Flowing narrative, keeping you engaged with each and every character, until you are bound and determined to get to the end before cooking your dinner! The ending was spot on, unexpected and edge of the seat stuff..The ambience for me was intensified by the mad apocalyptic style thunderstorm going on in my hometown during the final few chapters – hey someone was watching! Excellent stuff. Look forward to more. 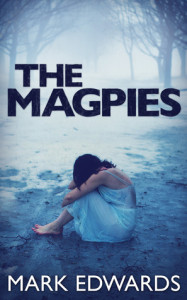 I think if I read any more good books this month, my head might explode. No, really, it might explode. Luckily for Mr Edwards, the police will not be arresting him for manslaughter because despite the brilliance of his solo novel, I managed to drink a decent cup of coffee just in time having finished it, so my brain is still intact. Just. Jamie and Kirsty find their perfect home (remember that feeling? I do!) and move in with visions of a happy fulfilling future together. At first everything really is perfect. They settle in, meet their neighbours, plan on a baby and basically do everything you do when you are expecting a fairly standard but absolutely terrific future together. Then, slowly and inexorably, things change. At first its little things – pizza’s arriving unexpectedly, subscriptions to magazines they have no interest in, and hoax calls to the fire brigade…but this is just the start. The beauty of this novel lies in the small details and the descriptive prose used to make us feel what Kirsty and Jamie are feeling..to be right there at their side when at first bemusement, then disbelief, then terror strike. Their state of mind and actions are extremely realistic – and the cause of their problem, a particular set of neighbours, are mundane enough in their appearance to be truly frightening. What can you do when anyone you tell looks at you as if you are the mad one? If the Police can do nothing, and indeed can’t even admit there is a problem? These are the issues that face this couple. I read this in a day and some terrific writing means that, having read it, even knowing that my own neighbours are lovely people, I am going to be viewing them with a certain amount of suspicion for quite some time. Sorry neighbours! Brilliant stuff. More please.

Also Available – and well worth the time! 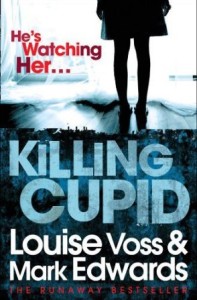 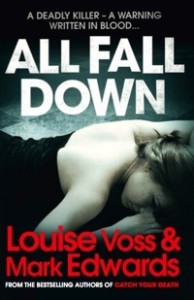 For information and to purchase clickety click here : http://www.amazon.co.uk/Louise-Voss/e/B001HPFHJQ/ref=ntt_athr_dp_pel_pop_2

So there you go. Have a Thrilling time with any one of the books mentioned!