Getting to Know You – with Ivar Leon Menger. 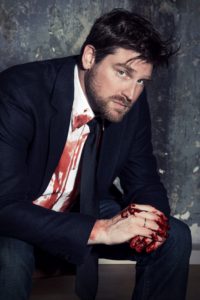 Today I’m getting to know Ivar Leon Menger, writer of Monster 1983, an Audible original drama available now – more details to follow. Thanks so much to him for taking the time, these are always fun.

Tell us a little about your Monster 1983, what can listeners expect?

An exciting trip back to the year 1983. The little coastal town of Harmony Bay is shaken from its peaceful slumbers by a series of mysterious deaths. For Sheriff Cody, who has ended up in town following the death of his wife, duty calls immediately upon arrival due to a sequence of strange events: a prison truck plunges off a cliff, a Russian spy vanishes into thin air, and corpses keep being found with inexplicable stab wounds in their backs. Cody and his team assume that the murders have been committed by a serial killer who slaughters his victims in their sleep.

I am an only child, and grew up in a small town on the urban fringe in Germany. My father ran a small but successful advertising agency, while my mother devoted herself to my upbringing. I spent most of my time riding my BMX bike, playing on my Atari, going to the swimming pool and playing the piano. But what I liked doing best was building a spooky ghost train for my friends in our attic. With zombie masks, spiders and wet flannels hanging from the ceiling. From my earliest childhood days, I have always loved scaring people. But there was no way I could have known, in those days, that I would end up making it my profession.

I really hated school. The only thing I was really good at was drawing. And storytelling. That didn’t get me very far at a sports-oriented grammar school. I needed lots of coaching to get me my school leaving certificate. Once I got there, this made university all the easier. I was studying Design, and could finally concentrate on the things that really interested me.

I looked this up in my old diary. When I was ten, I did write that I wanted to be a detective (investigator) when I grew up. Well, I suppose that wish has actually been fulfilled, in a creative sort of way.

I remember my father used to tell me a goodnight story, and invented a new one every evening. I was allowed to choose the hero and the setting, and he picked it up from there and embellished the story with his own dangers and obstacles. I was impressed by that. So I started dreaming up my own scary stories for friends on sleepovers. I never wrote them down, but it very soon taught me what my friends found thrilling and when they tended to drop off.

Alfred Hitchcock and Steven Spielberg were always my greatest role models. And then later on Steve Jobs and Stanley Kubrick, too.

I remember one scary situation when I was hitchhiking as a kid. A car stopped, and this mysterious looking guy picked me up. It wasn’t until we were driving through the woods that I realised that my bearded companion was wearing pink shorts and white net stockings. I immediately struck up a conversation, praised his car, and babbled on incessantly, as if in a trance. When we finally emerged from the woods, I said he could stop now, I had reached my destination. He pulled over and I tried to get out, but the door wouldn’t open. He apologised and pressed some button or other, and then I was able to leave. That was really frightening, because there was no such thing as central locking in those days.

I actually always ask for advice. Either from friends, or colleagues, or Google. I also like to give advice of my own to other people. I’m always pleased, for instance, if I can help young colleagues with their queries. I really can’t understand why some colleagues are loath to help others, and think people have to gather their own experience.

I’m definitely a night owl. But since I’ve had a family, I can no longer do my own thing as much as I’d like. J But I’m allowed to stay in bed for a bit longer than the others in the mornings, and they even wake me up with a coffee. That’s pure happiness.

Easy: “The Hitchhiker’s Guide to the Galaxy” by Douglas Adams.

Never stop believing in yourself. Even if it’s sometimes hard. With hindsight and the passing of time, we usually find that there is a reason for such crises, and that they represent key turning points in our life history. And always think big, think positive. And reach for the stars. That’s always been my motto: if you reach for the stars, at least you’ll get the moon.

Thank you for the interview and your interesting questions!

Drawing influences from Poltergeist, Stand By Me and E.T. and other Spielberg classics, the story unfolds in the small coastal town of Harmony Bay, Oregon. Still reeling from a sudden and profound family tragedy, Sheriff Cody uproots his elder son Michael, and younger daughter Amy, from the chaos of Orlando to begin a new, more relaxed life in the Beaver State. Soon after their arrival however, this new-found tranquillity is disturbed by a succession of brutal but mysterious deaths. As the plot twists and turns its way through small-town secrecy, psychiatry wards and the supernatural, Cody comes under increasing pressure to solve each new case whilst keeping his family safe from harm.

Monster 1983 is a Wireless Theatre production for Audible Studios. Written by Ivar Leon Menger, translated by Guy Meredith and directed by Cherry Cookson with music scoring by Ynie Ray. 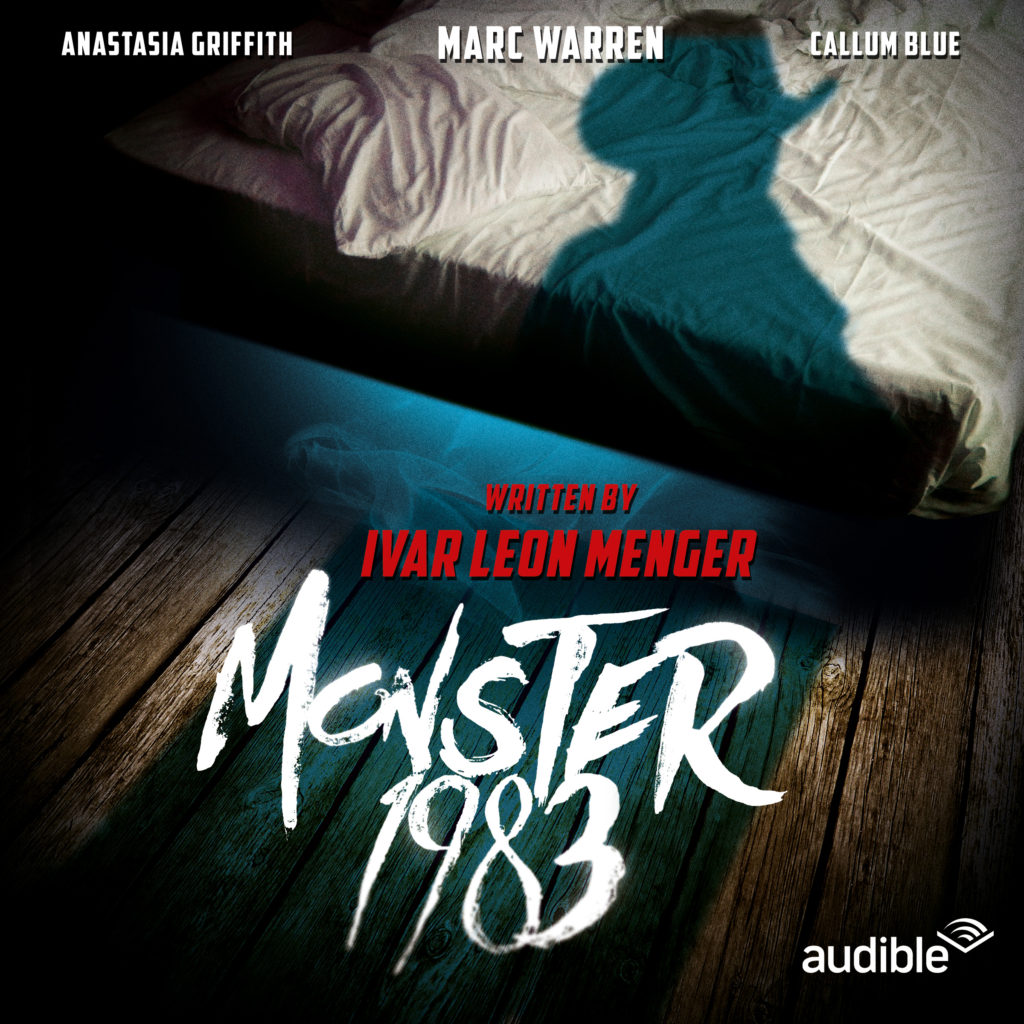