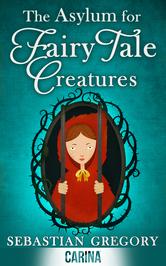 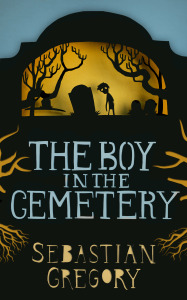 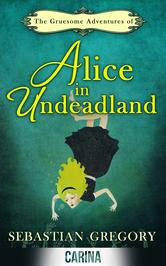 Fancy some creepy Halloween reads? Here is a taster of Sebastian Gregory….

The woods held no fear for the girl. She followed her grandma’s advice and her boots held to the path hidden amongst the moss and shed leaves. Thick and ancient trees, old and wise, smiled with knotted faces that only the girl could see. Beams of bright yellow split through the dense overhead canopy and created a dark green rainbow. Her way was clearly lit through The Dark-Dark Forest. And the girl loved this place; it was so mysterious, so gloomy but so full of life. Birds perched heavy on the branches and screamed into the air; insects danced strange fandangos to the sound. Creatures of all shapes and colours trembled in the undergrowth. They crawled from rotting bark, playing amongst carpets of compost. “The dank is good for the lungs,” Grandma told her. “Breathe it in, girl.” The scent of wet greenery filled her senses, making her nostrils sting and eyes water. It was sweet sweat of the forest. She felt so at home here, the other children of the village thought her strange and sneered when they saw her go by. She did not mind; she only needed the forest and her grandma.

Ever since her father had succumbed to a wasting infection the previous year, her mother’s wits were lost to everlasting grief; the girl had found refuge in solitude. Her own thoughts and company were more than enough for her, those and the frequent trips to the house in the woods to visit Grandma. The girl losing her father and her grandma a son gave strength to the other. So it became traditional that the girl would bring a basket full of treats once every seven days. Mainly berries and fruits picked from the forest, sometimes scones freshly baked. In return the grandma taught the girl things, secret things she could not and would not share with anyone, especially her fretful and evermore absent-minded mother. For instance, she would never tell her mother how she had been shown to extract poison from black pond toads. She could never tell how, by chewing certain types of red moss, she could see the fairies and fey that inhabited the world in secret. Her grandma taught such things as a distraction from losing a parent; she comforted her granddaughter as the girl’s mother was less and less herself.

The girl had become the adult at the age of thirteen. She kept her mother safe and warm by selling fruits and vegetables at market, chopping kindle, and sewing—anything to get by. When the girl had rare free time, she spent it by her father’s graveside. Sitting in the weeds next to the wooden cross, she would tell him of the day’s events. How winter was coming and there was a harvest that needed to be stored or how the rain was turning the world to mud. Sometimes the crueller children would hide in the wooden garden and laugh and throw coal at the girl talking to the dead.

“It is nowt but jealousy,” Grandma commented as the girl cried in a rocking chair.

Grandma was rummaging in her old oak chest.

“Of what?” questioned the girl with a sigh between sobs.

“Of this.” Grandma grinned through the biggest set of gums ever seen. All the better to smile with.

With a swish Grandma produced a beautiful garment of golden brown fox fur. The girl took it, instantly feeling better and stroking the fur against her cheek.

“For what?” the girl asked, distracted by the gift.. She stood and tied the cloak around her; it had a hood, which she pulled over her hair.

“For secret things, never you mind.”

“The better to keep you warm.” The grandma laughed. She might have been old and her bones more bent than not, but the girl and grandma danced together and everything was good.

On this day the girl arrived at Grandma’s house. A small cottage made of coloured river stone, with a thatched roof that had been turned into root from the trees, which according to Grandma kept the house from prying nobodies. Two windows that flanked the green door reminded the girl of a surprised face. There was no fence for there was no garden, just the woods, which were becoming full of twilight as the sun had hid itself. The girl as always went to knock, but the door creaked open. It seemed to be the only sound in the world for the forest suddenly became hushed as if in anticipation. The girl stepped in. It was dark inside and from the pantry was the sound of a pot on the boil; the smell of rabbit broth filled the air, she recognised the smell of the tender meat bubbling away.. Although it was dark, the girl knew the house well: the brickwork with tree roots creeping in and gripping tight. The creaking wooden floors where furniture made from forest twigs sat. As she stepped further in, a millipede scurried over her boot and into a crack in the floor.

“Grandma?” the girl called meekly as she set the basket down and dropped her hood.

“I’m here, dear. I could hear you from all the way in the trees.”

The voice was guttural as if from a throat that needed clearing yet at the same time full of whimsy. This would explain why the house was left cold and dark. Grandma must be ill and resting. The girl made her way through to the back room where Grandma’s bed was located.

To ease her nerves she joked, “My, my, Grandma, what big ears you have.”

“All the better to hear you with, my dear,” came the reply.

Her nerves rattled and the hairs on the back of her neck swayed like dried grass in a breeze. Slowly—oh, so slowly—through shadow the girl peered around the door frame. There amongst knitted quilts and cushions lay Grandma. Her shape shifted as the girl stepped to the end of the bed. There was a crunch; the girl looked down to see a broken ornament under her boot. She went to question the discovery but her attention was grasped by a trick of the shadow. The face staring back at the girl was wrong. The pieces were there, the grey bun of hair, the loose skin and wrinkles, yet somehow the outside of Grandma was slipping. Through the drooping eye sockets deep yellow orbs gripped the girl.

“My, Grandma—” she shuddered “—what big eyes you have.”

“All the better to see you with,” Grandma growled through a mouth that was no longer just gums, but instead two neat rows of white sliced teeth that even in the dark shined like razor-sharp pearls.

The girl recoiled taking a step backwards as Grandma rose to the ceiling; or rather the beast did, freeing itself from the suit of skin with a wet slurp. It stood on hind legs, lifting a huge girth of a body and arms that ended in claws. From toe to head that broke the ceiling, covered in a dark, dark black coarse pelt.

“All the better to eat you with.” Its breath reeked of rotten meat and spittle.

The girl ran; she was through the doorway just before fur and death splintered the wood. She fell forward, franticly crawling in the dark as the strength left her legs. Behind her the beast casually padded on the floor. The creature’s lungs pumped hot breath and a constant growl.

The girl found herself in the pantry, crawling over something wet and soft. She could see from what little light broke through holes in the roof that before her lay Grandma. She had been peeled. Gasping so as not to scream, the girl pulled herself up on to the stove, where a still-boiling pot of steaming stew sat. atop.. It was hot and heavy as the girl gripped the handle in both hands, spilling the contents of meat and vegetable and scalding herself. She kept the pain inside just as a low rumbling rippled her hair. She turned, swinging her arms, spraying the boiling pot in the direction of the growl… Outside the peace of the forest erupted with a howl and the nested birds took flight.

The morning mists swirled from the nearby foliage and gently covered the village. The crows called from nests in thatches. A farmer led a cow to market while a bell swung from its fatty neck. Some of the older women took buckets to the well in the centre of the village where all of the mudded lanes met. The children arrived before chores, to run in the swirl and chase loose chickens. A gang of four children were tormenting a small brood. One particular strong-willed fowl broke away, as did a small boy determined to whack the squawking thing with a stick. It ran on idiot legs to the outskirts, quickly followed by the boy swinging away. Just as the boy was about to brain the poor creature, he stopped in his tracks. The stick fell into the mud and his eyes and mouth were opened as wide as they had ever done. There she was, a figure slowly wandering from the mist, injured in body and spirit. She passed the boy without noticing his existence. The boy could not take his eyes off the bloodied girl. The girl’s mother, who resembled something between a woman and a ghost, came from her cottage as if drawn by an invisible force and found herself facing her daughter. A whispering crowd had formed and she parted the group with their worried glances. The girl fell to her knees, exhausted; her riding cloak was wrapped around her, matted with blood.

“Mother,” the girl said, pleading with a barely audible cry.

“What did you do?” the mother screamed with a sudden outburst—screaming and pointing a shaking finger at the girl’s riding hood, now a dirty crimson.

Later, after time had passed and the story became myth, the village children would dance in a circle and sing a rhyme.

Poor Blood Red Riding Hood has lost something in her brain,

From THE ASYLUM OF FAIRY TALE CREATURES, free for a limited time on Amazon, Apple and other retailers.

Sebastian’s latest book THE BOY IN THE CEMETERY is only £0.99 for a limited time on Amazon, Apple and other retailers.

THE GRUESOME ADVENTURES OF ALICE IN UNDEADLAND is also £0.99 for a limited time on Amazon, Apple and other retailers.

Look out for A CHRISTMAS HORROR STORY, coming in December.