Lethal assassin Victor lands in the middle of a Guatemalan cartel war in the latest nonstop thriller from the international bestselling author of The Final Hour.

Victor is the killer who always delivers…for the right price. And Heloise Espinosa, patron of Guatemala’s largest cartel, is ready and willing to pay him just that to eliminate the competition–her sister. Heloise has been battling Maria for control of the cartel in an endless and bloody war. Now Victor decides who survives. An easy job if it weren’t for the sudden target on his back.

Victor’s not the only one on the hunt. Someone else has Maria in their crosshairs and will do anything to get the kill. In the middle of cartel territory with enemies closing in from all sides, Victor must decide where to put the bullet before one is placed in his head. His only chance at survival is to team up with the one person who may be as deadly as he is…

So I’m winging it a bit this morning having been very lazy about writing up reviews in a timely fashion, also I have the slight problem that this is one of those books in a series that I’ve loved from the start so eventually you end up repeating yourself on an endless loop.

General consensus seems to be that I can just say “It’s bloody good go and get it” whilst  also pointing out you get a lovely orangey cover to boot and adding that  “Kill For Me ” is hot for all the right reasons, job done.

However if you’d like a bit more here’s 8 reasons I love the Victor series in no particular order.

3. Avoids being formulaic. Every one has it’s own thing going for it.

5. No pressure. I have zero doubts going in that I’m in for a great read.

7. Terrific storytelling. Has both style and substance, one not being sacrificed for the other.

Overall Kill For Me is just a really great book like those before it. Genuinely as a reader you can’t ask for more than that. Pick up any one and you won’t be disappointed.

You can order Kill For Me (Little Brown) Here 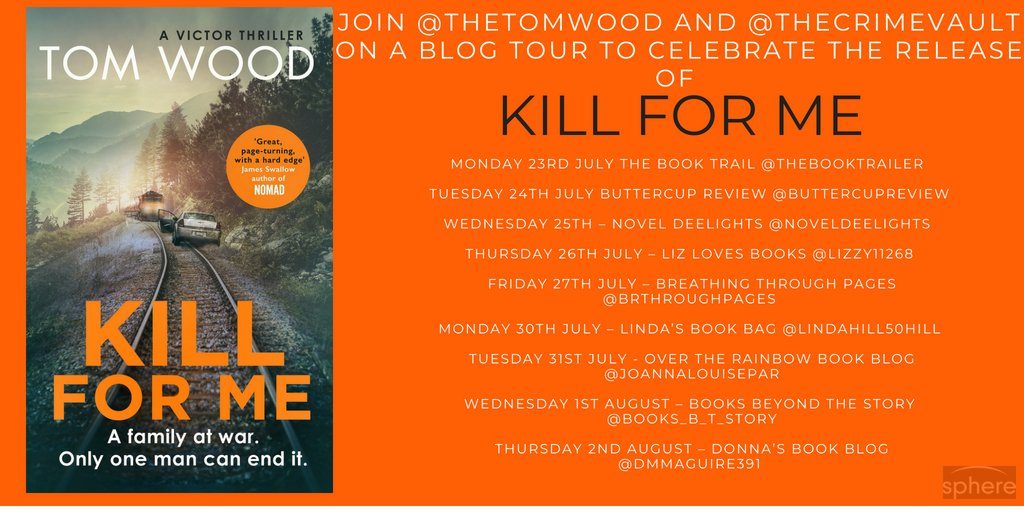