Welcome to Part Three of my trawl around the authorscape to find out more about those you can see at the festival – Once again some intrepid reporting from me – Or I’ve been lying around waiting for people to tell me stuff. Take your pick..

The full line up can be found HERE but today we are hearing from Alex Marwood, Ayo Onatade and Michelle Davis… 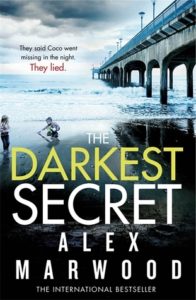 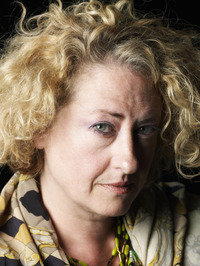 It’s called The Darkest Secret and it’s a psychological thriller, plotwise about the mystery of what happened to a vanished toddler, and really about Narcissistic Personality Disorder and the havoc individuals suffering from it can wreak among all the people who get sucked into their circles. When much-married Sean Jackson dies, Mila, a daughter from his first marriage is persuaded to take her half-sister, teenaged Ruby, to the funeral. When they get there, they are confronted with all the friends who were also present during the weekend-long drinking bout that marked Sean’s fiftieth birthday, at which Ruby’s three-year-old sister, Coco, vanished, never to be seen again…

Jonathan Harvey’s The History of Us, which kept me going through the endless airport / getting checked into hotels waits that actually characterise the glamour of an American publicity tour. It was bloody marvellous, as are all his books. We were joking the other day that I was going to give him a puff quote reading “Jonathan Harvey kept me from murdering people”.

I’m on the Book to Film panel. I shall be the one who gives the real truth about film deals, as everyone else has actually had their books made into films, rather than the usual tucking-the-small-amount-of-beer-money-in-your-pocket and hearing nothing else that is the normal experience, and one I’ve had with four books now.

Kurt Vonnegut. He opened my eyes wide in my early teens to what can be done with fiction, how to plot exquisitely – all his books look like they’re meandering until it all slams together, perfectly, with nothing wasted, in the very last chapter and you’re left reeling – and how to combine profound pessimism with a deep love of humanity.

Tell us two random non-bookish facts about you

I once trained as a hypnotist

One of my early jobs was as crossword editor for a national newspaper. 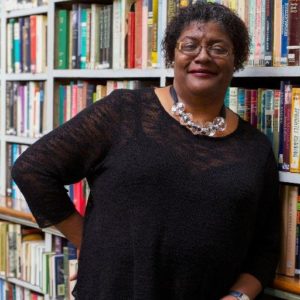 What is the last book you read and would you recommend it?
Nothing Short of Dying by Erik Storey.  Yes I would. It is a fascinating debut novel that pits a “Reacher” type protagonist against a meth king as he tries to rescue his abducted sister.
What will you be doing and talking about at the Killer Women Festival? – I shall be talking about blogging,
Who is your hero/heroine, fictional or otherwise, and why? –
I have to say Modesty Blaise by Peter O’Donnell.  She was in my opinion the first fictional kick-ass character and the true originator of girl power. Everybody else has followed in her footsteps.
Tell us two random non-bookish facts about you … –
I am a qualified track and field judge and I have a very eclectic taste in jewellery. 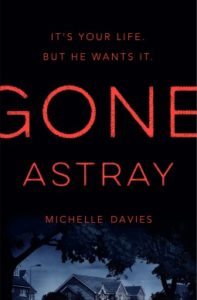 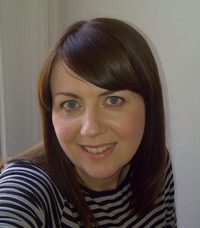 Gone Astray is my debut and it’s about the disappearance of a teenage girl whose parents are lottery winners. The police investigation is told from the perspective of the Family Liaison Officer (DC Maggie Neville) assigned to her parents. I chose a FLO (pronounced ‘flow’) as my main police character because I was fascinated by the idea of her solving the case from the inside out; FLOs are there to help families but they also have to investigate them too.

I’m currently reading Tana French’s The Trespasser and it’s every bit as brilliant as I hoped it would be. Her prose is sublime and her plotting so intricate that it’s impossible to work out where the story is going, which I love. She’s one of my all-time favourite authors.

I’m very excited to be taking part in Sarah Hilary’s Fresh Blood panel, where I’ll be talking about my journey to publication with fellow debutees Chris Whitaker, Agnes Ravatn and Paul Burston. Being chosen by Sarah for the panel is a huge honour.

Non-fiction, I would have to say Mary Stott, the first and longest-serving editor of the Guardian’s Women’s Page. I was fortunate to interview her for my journalism dissertation and she told me she’d cried when her editor forced her to take the job because in those days (1957) it was all about recipes and how to be a good wife. Yet during her tenure the page became a voice for the Women’s Movement, campaigning for equality and against discrimination, and she inspired many female writers, myself included. My fictional heroine is Lois Lane, for her sheer tenacity in getting a story.

My one claim to fame is that I appeared in an episode of Friends as an extra. I was Features Editor at heat magazine when the show’s makers invited me onto the set and it remains one of the best moments of my journalistic career! Another random fact is that I don’t like ice cream. It’s too cold to eat!

Thanks everyone! More later this week….