With less than a week to go, here is Part 5  of my trawl around the bookish landscape to find out more about those you can see at the festival – and what they will be up to. Excitement is building…

The full line up can be found HERE but today we are hearing from Ann Cleeves, Louise Doughty and D E Meredith. 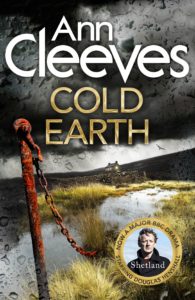 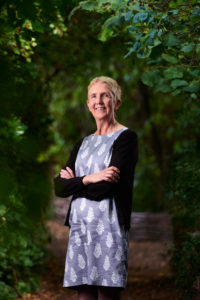 Tell us a little about your latest novel and what readers can expect from it?
Cold Earth is the latest of the Shetland novels.  It begins with torrential rain and a landslide, which cuts the island in half and rips apart a croft house.  Everyone thought the house was empty but a woman in a red silk dress is found dead in the debris.  Jimmy Perez has to find out who the woman is and what she was doing in Shetland.  I hope readers can expect a twisty traditional crime novel and the sense of a very special place.
What is the last book you read and would you recommend it?
The Constant Soldier by William Ryan and I’d certainly recommend it.  Set just as the 2nd world war is ending it’s a powerful story beautifully told.
What will you be doing and talking about at the Killer Women Festival?
I’ll be there with Mark Billingham and Douglas Henshall, who plays Jimmy Perez in the BBC drama. We’ll be discussing the way characters devised for the page can adapt and change when the come to the screen and how difficult topics can be portrayed with tact and sensitivity.  Specifically Dougie and I will be talking about series 3 of Shetland.  This was an original story created by Gaby Chiappe and I thought it was popular television at its best – beautifully written, acted and directed and very well researched.
Who is your hero/heroine, fictional or otherwise, and why?
My fictional heroine is Jo March from Little Women.  I always wanted to be like her but I knew I’d never be that brave.
Tell us two random non-bookish facts about you …
I get horribly seasick so I’m not quite sure why I keep going back to Shetland.  And when I lived on Fair Isle I learned to milk a cow by hand (though I was never very good at it). 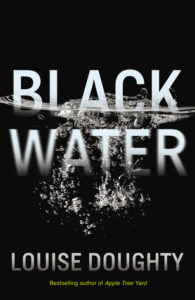 Tell us something about your latest novel and what readers can expect from it.

My latest novel is Black Water – it’s about a man called John Harper and as the book opens, we find him in a hut in rural Indonesia, lying awake at night and mortally afraid.  He thinks that men with machetes are going to come and kill him.  As the story progresses, we find out that what he is really afraid of is not what’s going to happen, but something that he himself has done.  Early in the book, he meets a woman in a bar and starts to tell her about his past and it opens up a whole can of worms for him.  Harper is really a metaphor for Indonesia itself: can a man find love and contentment without coming to terms with the things he has done?  Can a country achieve peace and stability unless it is open about the events of its past?  It’s a novel about personal and political betrayal and how those two intertwine.
What was the last book you read and would you recommend it.
I’ve just read The Natural Way of Things by Australian writer Charlotte Wood, which won the Stella prize (their equivalent to the Baileys).  Ten women awake imprisoned in a deserted sheep station in the Outback.  Gradually, they work out that what they all have in common is that they’ve been involved in sex scandals with powerful men.  It’s a brilliant book, a feminist dystopia in the style of Margaret Atwood, incredibly disturbing.  Images from it stayed in my mind long after I had finished it.
What will you be doing/talking about at the Killer Women festival
I’ll be on a panel with SJ Watson, Paula Hawkins and Alex Marwood talking about what it’s like to have your novel adapted for the screen.  I think it will be terrific fun.  I loved the film version of Before I Go To Sleep, with Nicole Kidman and I think The Girl on the Train will make an excellent film.  I’ll be talking about Apple Tree Yard becoming a four-part BBC1 series, with Emily Watson as Yvonne.  It’s due to be broadcast some time around then so the timing is perfect.
Who is your hero/heroine, fictional or otherwise, and why?
I think my fictional heroine has to be invented by a Bronte: either Cathy from Wuthering Heights or Jane Eyre – even though they were constrained by love and passion, they are both such fierce, intelligent women, as were the Brontes themselves.
Tell us two random non bookish facts about you..
Two random, non-bookish facts: I’m very left-handed and incredibly clumsy.  I drop and break things all the time.  And I have no middle name.  I’m the only person I know who doesn’t have one. 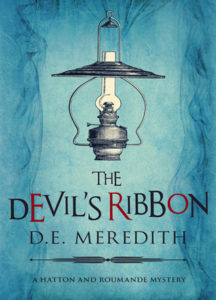 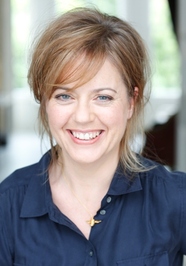 My last book published was The Devil’s Ribbon. Its the second in the Hatton and Roumande mystery series published by A&B. Its set in the late 1850s and its story sees Professor Hatton (London’s first forensic scientist) and his equally clever, morgue assistant, Monsieur Albert Roumande trying to crack a tricky case involving a number of brutal murders. All the victims are found with  a green ribbon in their mouths – a sign of Irish nationalism.  The novel is an intricately plotted  murder mystery embracing the themes of early forensic science, the birth of the IRA, a bomb plot, a cholera epidemic in the rookeries (where the Irish lived in abject poverty), a tortured love affair and a lust for revenge.

I have just read Train Dreams by Denis Johnson. A novella set at in the early C20th about  the life of an illiterate labourer, Robert Grainer as he travels across the mid west of America building bridges and cutting down trees.  Train Dreams is an  astonishing work of literary fiction. A sweeping historical novella,  its a nightmarish vision of the American Myth and what it meant to be a pioneer in the wilderness.  Think Cormac McCarthy run through with the sensibilities and poetic prose and brilliance  of  Walt Whitman, Emerson and Thoreau and then some – it blew me way.

I am helping to run a panel on Nineteenth Century “murder most foul” with fellow KW writer Alison Joseph. We are very lucky to have an amazing panel lined up including award winning writers,  Kate Colquhoun, Kate Summerscale, Andrew Taylor and cultural historian and adviser on BBC’s  “Ripper Street,” Fern Riddell. Come along. It will be fantastic.

I wouldn’t call any of the characters I am drawn to in fiction as  “heroes or heroines”. I tend to love brutal, muscular tortured literary books so often the protagonist  is brutal, dark and messed up, as well. My Desert Island Book is Conrad’s  “Heart of Darkness. I have spent a lot of my working life in Africa and I was working in Rwanda during the genocide for the Red Cross, so it has a particular resonance with me. I love its fin de siecle tone. Its sense of the world, and the world its characters inhabit being on the precipice of something awful – those famous lines from Marlow at the end of the book – “the horror, the horror”. But we don’t know what Marlow is looking at or what the horror really is. Marlow is the main protagonist  but we don’t like him. We must, however journey with him up the Congo River into the Heart of Darkness to find the evil but enigmatic, Mister Kurtz. Conrad was a very modern writer and with brilliant  economy creates a towering work of literary  fiction with themes which still resonates today   – madness, obsession, the darkness of the mind, the clash of cultures, exploitation, slavery  and the devastating impact of imperialism in Africa.

I’ve worked as an  environmental campaigner and remain mad about wildlife. Especially manatees and armadillos.

I have two large teenage boys so I make an endless supply of pies and fruit crumbles. They play a lot of rugby.

Thanks everyone! The last Killer Women post will go up tomorrow evening. Keep an eye out!