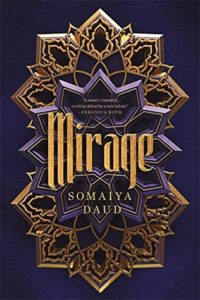 In a star system dominated by the brutal Vathek empire, eighteen-year-old Amani is a dreamer. She dreams of what life was like before the occupation; she dreams of writing poetry like the old-world poems she adores; she dreams of receiving a sign from Dihya that one day, she, too, will have adventure, and travel beyond her isolated moon.But when adventure comes for Amani, it is not what she expects: she is kidnapped by the regime and taken in secret to the royal palace, where she discovers that she is nearly identical to the cruel half-Vathek Princess Maram. The princess is so hated by her conquered people that she requires a body double, someone to appear in public as Maram, ready to die in her place.

As Amani is forced into her new role, she can’t help but enjoy the palace’s beauty—and her time with the princess’ fiancé, Idris. But the glitter of the royal court belies a world of violence and fear. If Amani ever wishes to see her family again, she must play the princess to perfection…because one wrong move could lead to her death.

I love a great YA fantasy me and this was a GREAT YA fantasy with some terrific characters, brilliant world building and promising so much for further novels in the series.

Amani is snatched from her home and forced to live in captivity, occasionally sent out and about in place of Princess Maram – her much hated double. However Amani is bolstered by her belief in family and faith and sets out to change things from within..

The thing I loved about this one was the sheer depth and richness of the mythology the author creates here. A conquered world, a people under harsh rule, living through myth and legend – the background is gorgeously described and multi-layered.

Then we have Amani, a dreamer but still a doer, whose sudden thrust into the political mayhem of her home comes as both a shock and an eye opener. Her double, Maram, is harsh and unpredictable, but Amani soon comes to realise the surface monster may hide a girl inside who is just as frightened as she is. Amani’s growing relationship with both Maram and Maram’s fiancee Idris sets the main anchor to the plot here and is utterly compelling.

Surrounding that we have an ever growing sense of the place, the structure, the background to the invasion and the true natures of all the people involved. It is an addictive and beautifully written story with lots of emotive and thought provoking themes woven into it. It builds up to a terrific ending that leaves you wanting more..

Overall this was really a great great read. I am truly looking forward to seeing what happens next for Amani. 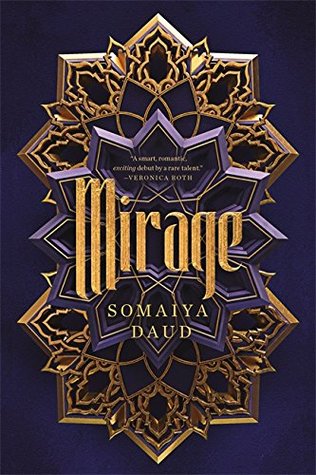