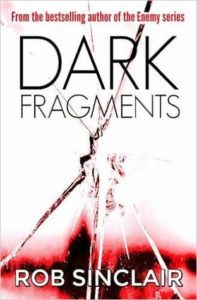 Outwardly, Ben Stephens appears to be a normal, hard-working family man. In reality, his life has been in turmoil since the murder of his wife, Alice, seven years ago. The killer was never caught.

Now re-married – to the woman he was having an affair with while still married to Alice – Ben’s life is once again spiralling out of control, and he’s become heavily indebted to an unscrupulous criminal who is baying for Ben’s blood.

When Ben’s estranged twin sister, a police detective, unexpectedly returns to his life, asking too many questions for comfort, it becomes clear that without action, Ben’s life will soon reach a crisis point from which there will be no return.

Really enjoyed Dark Fragments – another book that I read fast wanting to know the solution. Which actually was beautifully unexpected – I always like that.

I’m also fond of a good divisive character and Ben was definitely that. Told from his point of view at first you are sympathetic to his plight. But as things grow ever darker and his decision making becomes more erratic you’ll start to question his sanity. Mind you he has had rather a lot to deal with…

The short sharp chapters created a great pace and sense of anticipation within the read, the interim parts where Ben is talking to an unknown other about events adds a level of depth and it was a beautifully frantic and often hard hitting read that I was thoroughly into all the way.

A change from the Enemy series (which I also recommend) Rob Sinclair has given us a decently  twisted, cleverly addictive psychological thriller. Also very pleased that certain characters are set to make an appearance in future books it seems. This I like.

Recommended for fans of the genre. Tis a good ‘un.

Try The Enemy Series for a different level of thriller.