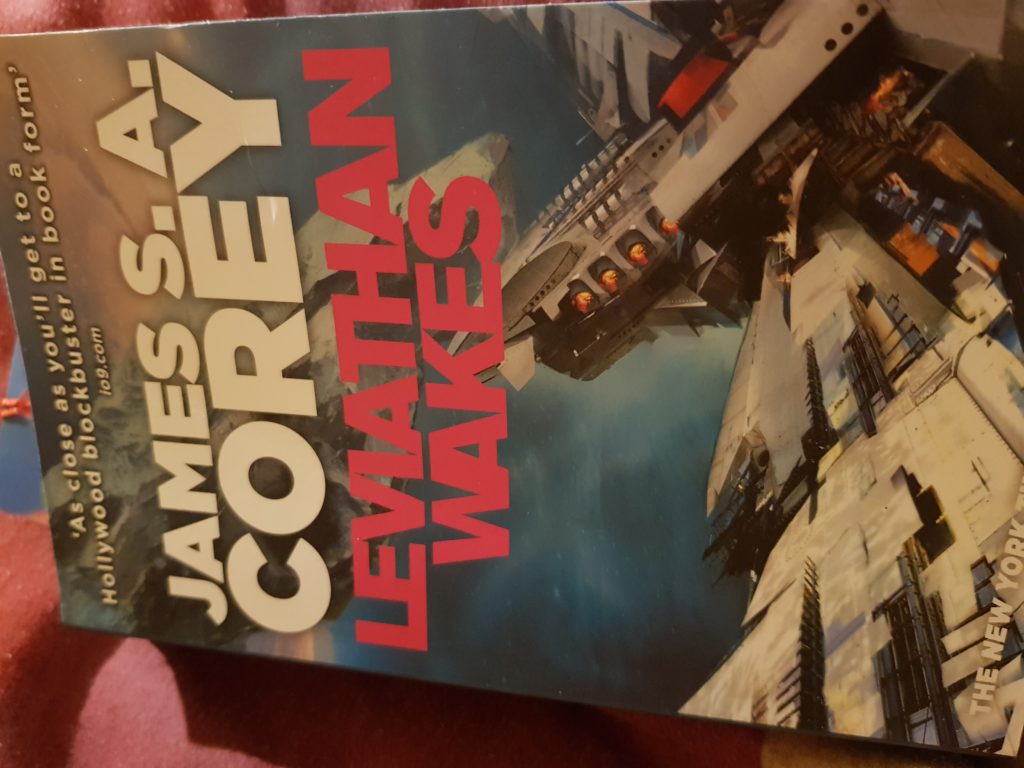 Humanity has colonized the solar system – Mars, the Moon, the Asteroid Belt and beyond – but the stars are still out of our reach.

Jim Holden is XO of an ice miner making runs from the rings of Saturn to the mining stations of the Belt. When he and his crew stumble upon a derelict ship, the Scopuli, they find themselves in possession of a secret they never wanted. A secret that someone is willing to kill for – and kill on a scale unfathomable to Jim and his crew. War is brewing in the system unless he can find out who left the ship and why.

Detective Miller is looking for a girl. One girl in a system of billions, but her parents have money and money talks. When the trail leads him to the Scopuli and rebel sympathizer Holden, he realizes that this girl may be the key to everything.

Holden and Miller must thread the needle between the Earth government, the Outer Planet revolutionaries, and secretive corporations – and the odds are against them. But out in the Belt, the rules are different, and one small ship can change the fate of the universe.

I started watching the t.v. adaptation of “The Expanse” and a little way in, loving it, decided to read the books first. Always prefer it that way round and “Leviathan Wakes” is simply brilliant, a rollercoaster ride through space – a proper epic that holds all your attention first page to last.

A classic tale at the heart of it, a small, motley and eclectic crew who may hold the fate of the universe in their hands, face off against varying powers, battles galore, with plenty of richly layered characters all set against the backdrop of a beautifully imagined future world.

A heady mix of space opera, drama, horror and science fiction, Leviathan Wakes drowns your senses, messes with your heart rate, keeps you up at night and has a disturbingly relentless feel to the more horrifying moments. All this whilst attaching you to the characters in an emotional way that makes you crazy when the bad things inevitably happen.

I adored it – I don’t think I’ve read a book this long in such a short time ever  – that cliche about not being able to put it down was almost literally true in this case.

Fantastic writing, clever, intelligent plotting and a visceral, visual feel to it that digs deep, Leviathan Wakes is one of my favourite reads ever. No messing.

Bring on Caliban’s War is what I say.