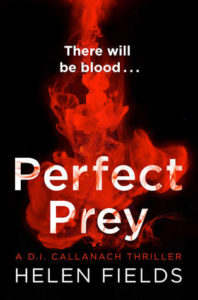 In the midst of a rock festival, a charity worker is sliced across the stomach. He dies minutes later. In a crowd of thousands, no one saw his attacker. The following week, the body of a primary school teacher is found in a dumpster in an Edinburgh alley, strangled with her own woollen scarf.

DI Ava Turner and DI Luc Callanach have no motive and no leads – until around the city, graffitied on buildings, words appear describing each victim.

It’s only when they realise the words are appearing before rather than after the murders, that they understand the killer is announcing his next victim…and the more innocent the better.

So we come to the second in Helen Fields rather fist pumping DI Callanach series – the first being Perfect Remains which you should certainly check out and its a right old page turner. Dark though, very dark. I don’t think there is any writer out there doing death scenes like Helen Fields is doing them and they are horrifically hard hitting (which I love it has to be said. Not sure what that says about me)

Anyone who has read the first book will know what to expect – and here you get more of it and better, the characters are top notch fascinating and further developed in a brilliantly immersive way  – at the same time there is a new case and what a case it is. Fast paced action, some new people I hope we meet again with a beautifully twisty plot that will keep you on your toes. Descriptively speaking this is absolute genius – you get so involved all the way through you go through a gamut of emotions from subtle smile to outrage to terror and back again. One character will CERTAINLY get your goat, you know you are loving a book when you end up shouting at the people in it like they can hear you and will modify their behaviour accordingly..

Overall Perfect Prey is a perfect second novel to follow up the intensity of the first, upping the ante, keeping you in the characters lives and certainly at the end of this I was hoping desperately that the next one would not take too long to come along.

If you like your crime dark and dastardly with a hint of horror and a strong degree of unpredictability then Perfect Prey is for you. 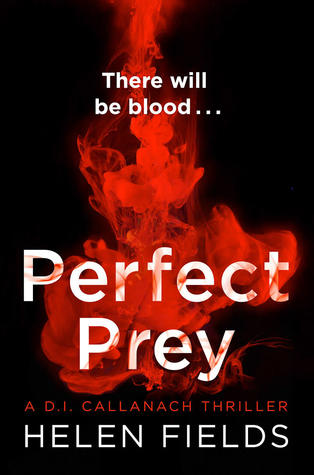