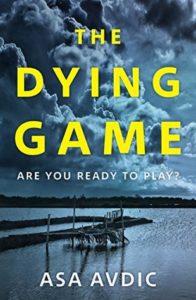 Oh, it’s really quite simple. I want you to play dead.’

On the remote island of Isola, seven people have been selected to compete in a 48-hour test for a top-secret intelligence position. One of them is Anna Francis, a workaholic with a nine-year-old daughter she rarely sees, and a secret that haunts her. Her assignment is to stage her own death and then observe, from her hiding place inside the walls of the house, how the other candidates react to the news that a murderer is among them. Who will take control? Who will crack under pressure?

But as soon as Anna steps on to the island she realises something isn’t quite right. And then a storm rolls in, the power goes out, and the real game begins…

I really loved The Dying Game but I think it might be a little divisive considering the blurb which leads you to expect a kind of ode to Christie’s “And Then there were None” –  which I suppose given the isolated setting and the actions there it kind of is – but this is also a dystopian novel, set in an imagined future where wars have changed the landscape and Sweden is under the implied rule of a mysterious intelligence service. So go into it with no judgement and you’ll find a terrifically atmospheric hybrid of mystery and political thriller.

We hear mostly from Anna and Henry – two people who know each other and have a kind of “will they won’t they” relationship that is teased throughout. Anna is suffering PTSD, the reasons for this are only half told but it’s obvious that she is an intelligent yet tortured human being. Henry meanwhile is all cold lines and cleverness, I enjoyed reading their differing points of view as the plot developed.

The island portions are somewhat creepy – there are obviously political machinations at play and perhaps nobody there is quite as they seem. The author plays on various fears very well here, layering possibilities and putting the characters into difficult circumstances, especially Anna who comes to realise that her role there is not what she had prepared for.

The background is well imagined if a little loose on detail – I was especially engaged by Anna’s relationship with her Mother and daughter – and I genuinely didn’t know where it was going until it ended up there which is always a plus for me.

Its a bit like a horror movie on the page with people disappearing and the reader never seeing the full picture, even really with the resolution – but I found it to be a proper page turner and therefore I would definitely recommend it especially if you are looking for something different and unusual.

I’ll look forward to this authors next book with some anticipation see if she can keep that edge of creativity that made this book work for me. Thoroughly enjoyable especially if you just go with the flow. 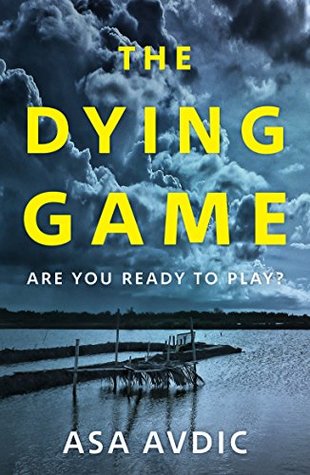