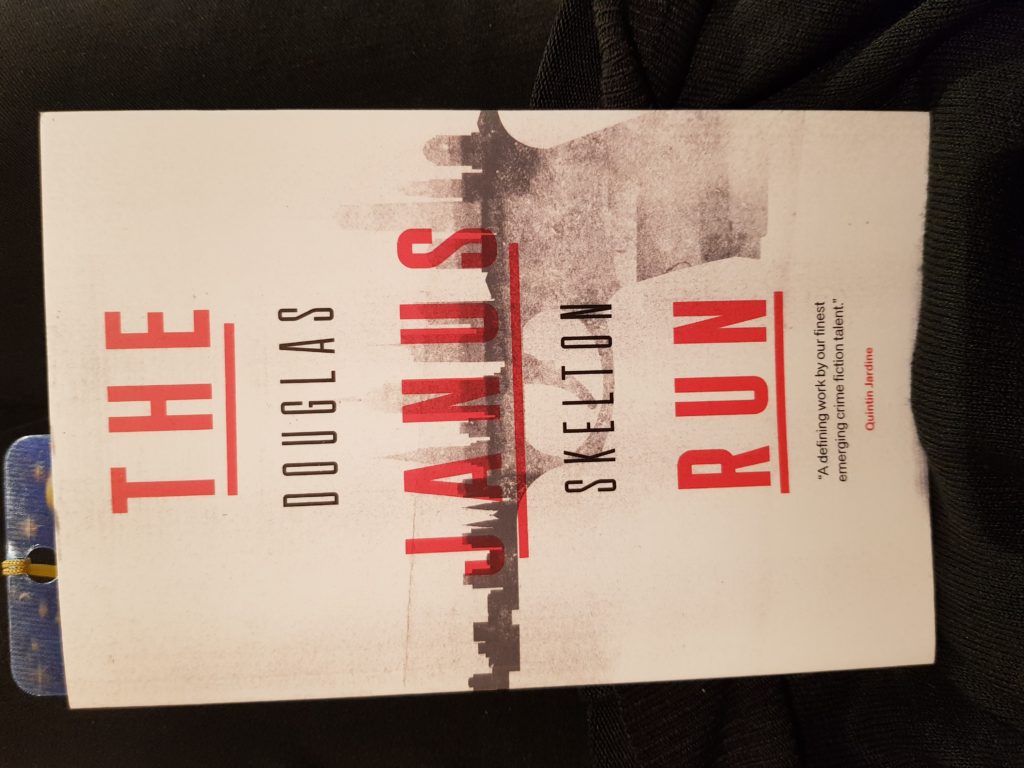 When Coleman Lang finds his girlfriend Gina dead in his New York City apartment, he thinks nothing could be worse… until he becomes the prime suspect.

Desperate to uncover the truth and clear his name, Coleman hits the streets. But there’s a deranged Italian hitman, an intuitive cop, two US Marshals, and his ex-wife all on his tail. And trying to piece together Gina’s murky past without dredging up his own seems impossible. Worse, the closer he gets to Gina’s killer, the harder it is to evade the clutches of the mysterious organisation known only as Janus – from which he’d long since believed himself free.

Really loved this – it has exactly the kind of intriguing, engaging characters I adore, a great storyline, some terrific action, all brilliantly executed.

Lang could easily become a favourite and Douglas Skelton plots with aplomb, edge of the seat stuff on occasion – great dialogue and a huge dose of suspicion fuelled character bonding seals the deal as you immerse yourself into what is both drama and action thriller.

The ending was pitch perfect and I read the entire thing in an afternoon, entirely caught up in it. An intelligent character driven novel, one that leaves you wanting more

You can purchase The Janus Run (Contraband) Here.