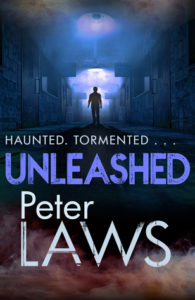 Fifteen years ago, 29 Barley Street in Menham, South London, became notorious as the scene of alleged poltergeist activity which led to the death of young Holly Wasson. The shadow cast by this episode is still felt in the town, and among the gang of friends who were caught up in the tragic events. That shadow looms larger than ever when one of the group dies in horrific and strange circumstances.
Matt Hunter, former minister and now professor of sociology, is called in to advise the police on the possible ritualistic elements of the death. And he is forced to ask himself, are forces beyond the grave at work or is a flesh-and-blood killer at large?

Anyone who remembers how (in the literary sense!) orgasmic I was about the first in this series, Purged, will know just how much I’ve been looking forward to getting my hands on Unleashed. Well yesterday I DID get my hands on it and I read it in one afternoon into evening – then couldn’t sleep because psychopathic labradors. And not so cute bunnies. When I DID finally nod off you wouldn’t have wanted to be in my rather surreal dreams. Because that’s how this type of storytelling gets you.

So Matt Hunter is back again then, this time caught up in a Ghostwatch type scenario with weird demonologist types, even stranger prayer spouting types and a few normal people hiding some dark secrets. Normal of course being both relative and subjective.

It is a heady blend of crime, horror and hints at the supernatural, with a firm eye towards driving you crazy (I’m extrapolating on this authors reasons for writing) and embedded inside of all that some dark authentic themes and some truly thought provoking questions about humanity. Both Purged and Unleashed achieve that difficult to get right genre mash up extraordinarily well, both speculative and realistic, they sit in a place not filled by any other writer that I know currently out there. Although I’m happy to be advised!  It could be called genre fiction, popular fiction or literary fiction and sit well enough in any of those boxes but I’m wary of boxes, things tend to jump out of them without warning. I’m probably not going to open any cupboards for a while either…

Honestly creepy too, even when I was reading in daylight I was half looking over my shoulder and by some twist of fate I ended up reading the finale (which is not only very edge of the seat but scary as all hell) after darkness had fallen. In more ways than one. The truly immersive prose and beautifully described claustrophobic setting just got right into my head, that is some clever writing for sure and not that usual in all honesty. I didn’t have the disconnect I usually maintain when reading fiction except when it comes to those odd few, so coming out of Matt Hunter’s world again was somewhat of a stretch and took me a while.

Influenced by this novel I’m never eating Lasagne again, but I will be re-watching a certain 80’s cult television show –  Unleashed is addictive, cleverly manipulative, beautifully unpredictable and never any less than utterly engaging. Be prepared to sleep with the lights on! 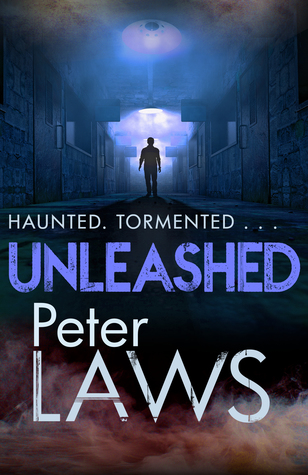