Liz Currently Loves….Derwent. Erm I mean After the Fire by Jane Casey.

After a fire rips through a North London tower block, two bodies are found locked in an 11th floor flat. But is the third victim that ensures the presence of detective Maeve Kerrigan and the murder squad. It appears that controversial MP Geoff Armstrong, trapped by the fire, chose to jump to his death rather than wait for rescue. But what was such a right wing politician doing in the deprived, culturally diverse Maudling Estate?

I am absolutely in love with this series. Completely hook line and sinker. They really do just keep getting better and bettter. Also they have Derwent. Which basically makes them better STILL. If that’s possible.

Anyway before I go off on a Derwent love tangent, After the Fire is the 6th book in the Maeve Kerrigan series, but can easily be read on its own merits – in this instalment Maeve is attempting to deal with a problem from her past when she is thrown into a new and traumatic case.  A fire has taken lives – but was it arson or accident? As Maeve and co investigate it seems as if everyone has something to hide..

There are some serious strengths to this series as a whole, mainly the absolutely organic way Jane Casey merges her mystery and character elements – Neither one is secondary to the other, they work together in perfect harmony. Each new case for Maeve has a different feel, an authentic edge and a frankly blinking annoying addictive quality – just try and put the darn thing down once you pick it up – my kindle went literally everywhere with me for three days straight. Really well constructed, character driven always and ever intriguing.

On the character front, there really is such a great reality to them, I honestly feel like I’ve met them, they pop so much – straight off the page and into your heart. Yes I will do the Derwent thing in a minute but lets give a nod to the girl without whom the whole thing would fall apart – Maeve Kerrigan herself. If you are looking for the very definition of a strong and independant female protagonist then here she is right here – beautifully drawn, a little clumsy, a bit damaged but never falling, Maeve is easy to love and very funny. She is the glue that holds the whole thing together, a girl after my own heart and her ongoing story is fascinating.

Ok here we go then – Derwent. Sidekick to Maeve (he would say it is the other way round) and her boss (although she basically rolls her eyes at that as she’s always getting him out of trouble) he is without doubt one of my favourite fictional characters ever. In ANY genre. He is horrible. He is lovely. An old school bad boy of the sort I used to run with in my mis-spent youth, he is a fictional character who is real enough to elicit a genuine emotional response. I’m not sure whether I’d like to bed him or kick him, the main thing about Derwent is he is just so beautifully normal. Not politically correct in any sense of the word, yet still you’ll love him. Or you’ll hate him. Either way it will be an absolutely pure response.

The relationship between Maeve and Derwent gives all the novels an edge that I think it would be impossible to get anywhere else- they are intensely hilarious, there is one scene in this book that had me giggling like an idiot (on the bus as well, but to be fair I’m used to the strange looks now). The heart of it though is a growing friendship that lights up the page. I may fangirl over Derwent but I can’t imagine one without the other at all now – although he did not appear until book 2.

I wouldn’t want you to think they are it – ALL the characters in the Kerrigan series are given the same touch – all brilliantly drawn, the ones you meet every time and the ones you only see through one investigation.  The rest of the team are perfectly placed to give the police procedural elements an anchor – in “After the Fire” especially there is a real punch to the guts to be had – sob – but no spoilers you’ll have to wait and see.

It may have come across that I slightly love these books. Just a bit eh? Anyway they are all absolutely Highly Recommended by me – if you have not read them yet then I would seriously consider doing so. You won’t be disappointed.  I especially of course want more from Derwent, So much so that I made up a hashtag. #AMDAP. As much Derwent as possible please! Just make sure Maeve is along for the ride. Otherwise he’ll probably start the apocalypse. 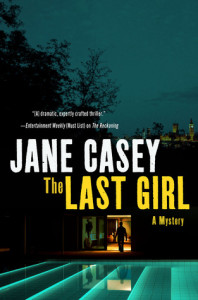 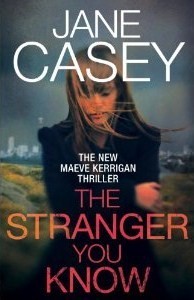 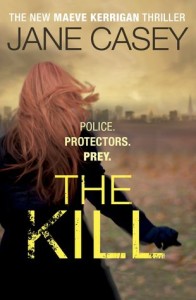 One Response to Liz Currently Loves….Derwent. Erm I mean After the Fire by Jane Casey.