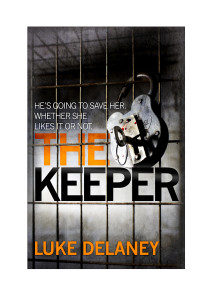 So, yesterday saw the release of The Keeper, the second of the DI Corrigan books from Luke Delaney and a book that kept me hooked from start to finish. Review and information will follow, but first Mr Delaney kindly agreed to answer a few questions for me and here is what he had to say.

Cold Killing was a great introduction to Sean Corrigan – was he pretty much set in your head or did he evolve with the writing process?

Some elements of Corrigan were set in my mind before I even started writing – I wanted him to be a tough Londoner, but not like someone off the Sweeney. I wanted him to be thoughtful and moody, but a family man too, despite not spending much time with them – which reflects the reality of the job. But it was the real smart bad guy I created in Cold Killing that caused Corrigan to evolve into the super-insightful detective he is now. He had to be special enough to catch my evil creation, and as I wanted him to be real it was important to explain how he came to be so in tune with those he hunts, hence his abusive childhood. Really good detectives do walk a line between good and evil, mentally if not morally. It’s a required tool of the trade and Corrigan pushes it to the limit. It’s not really a sense – more the ability to get into the mind of the offender through experience and imagination. It’s nothing psychic!

With “The Keeper” you upped the ante quite a bit, it was a stunning follow up. How much do your own experiences within the Police Force impact upon the stories you tell?

The Keeper was both very enjoyable and extremely draining to write, I think because it felt more real than Cold Killing. For Cold Killing I invented almost a Super Baddie, based on the meanest criminals I’d dealt with, whereas with The Keeper it was based much more on an everyday psychopath, if there is such a thing, created by his own sufferings. Because of my police background I understand these people aren’t usually monsters – just individuals who’ve been destroyed by circumstance. I felt genuinely sorry for many of the criminals I dealt with, be they murderers or shoplifters. But everyone in The Keeper felt very real – the victims, the witnesses, the families of the victims − which is why I think it was so, for want of a better word, emotional to write. A lot of people have told me they cried when they read it and I have to be strangely happy with that.

Can you tell us anything about what is next for Sean?

What’s next for Sean – that’s an easy one as I’ve already finished the third DI Corrigan novel – The Toy Taker – which everyone seems to think is the best one yet, so that’s fantastic. I can’t give too much away other than to say it rests on every parent’s worst nightmare – their children going missing from their own homes in the middle of the night: no trace, no noise, no signs of a struggle. But all is not as we may believe! Once everyone’s read it I’ll tell you where I got the idea from.

Are you a big reader yourself and if so what kind of novels do you enjoy?

I used to be a big reader, but between writing and looking after my young children I don’t have a lot of time for reading – shocking really. In the old days I used to enjoy the early work of Thomas Harris and James Patterson, but then I drifted into historical books and autobiographies (not of tin-pot celebrities, I hasten to add).

Coffee. Good coffee! I like the occasional cup of tea, but only if I’ve made it! Can’t stand tea made by anyone else!

Lazy Sunday? I refer the honourable reader to answer 4 above. Thing of the past, I’m afraid. Sundays are hard graft – really hard. In fact it’s been so long since I had a lazy Sunday I can’t even think what I used to do.

Thank you so much Luke!

So we come to the second in the DI Sean Corrigan series from Luke Delaney (Start with Cold Killing)  and it was a corker.

This outing finds Sean investigating a missing persons case – not his usual type of case but the powers that be demand and so on he goes. Soon he realises that something sinister is going on, then another woman disappears and a body is found. So begins an emotional and heart stopping roller coaster ride while Sean uses his peculiar and intriguing senses to unearth the villain of the piece.

I liked this a lot. Cold Killing was excellent, but the standard has been raised with “The Keeper” to a very high level. Crime fiction is an overcrowded genre but Luke Delaney is going to fit right in – Sean Corrigan may not be unique but his quirks, his background, what drives him on are all very well imagined and the plotting is tight and realistic. The aftermath of the events of “Cold Killing” are dealt with and with a new addition to the “cast” who I hope we will see again (I really liked Anna) this was an absorbing read. One of the cleverest parts of Mr Delaney’s writing comes with the hidden agenda’s and the examination of each characters motivation for doing what they do – you will know as much about the criminals as you will about the police officers that hunt them and this makes for a well rounded and complete reading experience.

I am also quite fond of the fact that the author doesnt see the need to rely on dramatic license and there are no plot holes – ok its not one of those books where you will be saying “Never saw THAT coming” but neither is it predictable. In fact what makes it so good IS its unpredictability especially where Sean is concerned – you are never quite sure what he might do next and it can be edge of the seat stuff.

So all in all a brilliant read and one that I would recommend. My thanks to Kate at Harper Collins for sending me an advanced copy of this book – I’m going to have to stay on her good side because I believe there are more to come. Happy Reading folks! 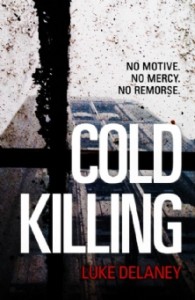