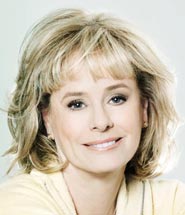 So today the latest Dr Brennan novel from Kathy Reichs is officially released and as I adore these books I thought it would be nice to tell you a little bit  about the Author, the books and if you havent yet picked one of these up then perhaps I can inspire you to do so…..

Where you can find out a lot more information about Kathy, the novels, and the popular tv show inspired by them.

Her novels are inspired by her life which gives them a unique authenticity – For years she consulted to the Office of the Chief Medical Examiner in North Carolina, and continues to do so for the Laboratoire de Sciences Judiciaires et de Médecine Légale for the province of Québec.

Dr. Reichs has travelled to Rwanda to testify at the UN Tribunal on Genocide, and helped exhume a mass grave in Guatemala. As part of her work at JPAC (Formerly CILHI) she aided in the identification of war dead from World War II, Korea, and Southeast Asia. Dr. Reichs also assisted with identifying remains found at ground zero of the World Trade Center following the 9/11 terrorist attacks.

One amazing Lady I would say.

Her life is devoted to justice — for those she never even knew.

In the year since Temperance Brennan left behind a shaky marriage in North Carolina, work has often preempted her weekend plans to explore Quebec. When a female corpse is discovered meticulously dismembered and stashed in trash bags, Tempe detects an alarming pattern — and she plunges into a harrowing search for a killer. But her investigation is about to place those closest to her — her best friend and her own daughter — in mortal danger. . . .

My first foray into Dr Brennans world and one I remember fondly to this day. One of those books that along with Stephen King’s “The Stand” and John Connolly’s “Every Dead Thing” made me realise that this was an author I was going to be following forever, I was hooked from the beginning. Its perhaps not for the faint hearted – the nature of the work Dr Brennan takes on can make for some gruesome reading, but its all very realistic and completely entralling.  I especially loved that Dr Temperance Brennan is by no means perfect…moody yet dedicated, as a recovering alchoholic she has her own demons to fight…and yet she will place herself in very real danger to achieve justice for the dead. Kathy Reichs has a terrific writing style…and to this day that has not lost its charm for me. I look forward to each new Brennan adventure with a great sense of excitement. You can start here…I envy you the journey! 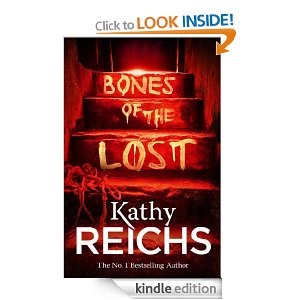 One of my favourite Authors would be Kathy Reichs, I have followed Dr Brennan’s adventures from the get go so thank you kindly for the advanced copy from netgalley.

This instalment finds Doc Brennan investigating the hit and run death of an unidentified young girl, whilst trying to help a soldier in Afghanistan who is accused of an unlawful killing during an assault on a local village. Reluctantly leaving her “Jane Doe” behind she travels to the war torn country to investigate…

Following many strands in that unique way that Ms Reichs has, as usual this was brilliantly done. Its no surprise given her background that these are some of the most authentic tales you will find in this genre and her knowledge and experience as always shines through during the more technical portions of the book. And yet even someone who has zero knowledge will know what is going on – there is always a handy character hanging around who is dim witted in these matters that the good Doctor has to explain things to in common language – Slidell usually, a character I have what is close to adoration for, he brings a lot of light relief to the drama as always.

Another thing I’ve always loved about this particular style of writing is also prevalent here – Each chapter ends with a short, snappy sentence that somehow, someway, even if its mundane, means you have to read at LEAST a page of the following chapter before putting the novel down. If you can. As usual I found this hard to do! Its not even that there is a cliffhanger at the end of each portion – its just something. It can be an addiction – I did read late into the night again…its a side effect Ms Reichs books have on me. At least now I’m used to it. And I look forward to it.

I have the greatest admiration and respect for this author anyway. She has done an awful lot with her life, not only just for a career but as a calling and has helped an awful lot of people. And hey, she can write. A great story, a terrific page turner, and now you can watch Temperance Brennan on the small screen in “Bones”. A different incarnation again – don’t expect the books – and a terrifically entertaining show.

Well no of course not….because we also have… 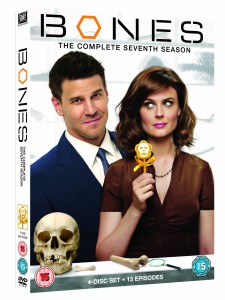 I remember being so excited to hear that a set of books I loved so much was going to be the basis for a new tv show…and starring none other than David Boreanaz, an actor who I had a secret girlie girl crush on since his “Buffy” days…so I sat down to watch with great anticipation.

I was surprised by what I found…and kind of delighted.  The Temperance of the tv show, whilst having the same background as her book counterpart was actually completely different. Surrounded by a whole new cast of eclectic and hilarious characters she may be a forensic anthropologist who helps out on the most gruesome of cases but she is also quirky, unpredictable and completely annoying in the best way possible. Perfect chemistry between Emily Deschanel and David Boreanaz makes for some sizzling and downright brilliant scenes – and the mysteries are always terrifically imagined and intriguing.

I am a couple of seasons behind now – an error I will need to rectify as soon as possible….

So there you go. Read one of the books, watch some of the show, and enter the amazing, sometimes horrifying, always compelling world of Temperance Brennan. And by proxy…Dr Kathy Reichs.