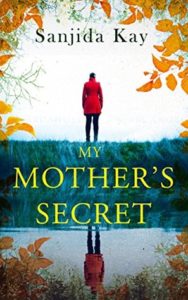 Publication Date: 3rd May from Corvus

You can only hide for so long…

Lizzie Bradshaw. A student from the Lake District, forced to work away from home, who witnesses a terrible crime. But who will ultimately pay the price?

Emma Taylor. A mother, a wife, and a woman with a dangerous secret. Can she keep her beloved family safely together?

Stella Taylor. A disaffected teenager, determined to discover what her mother is hiding. But how far will she go to uncover the truth?

And one man, powerful, manipulative and cunning, who controls all their destinies.

My Mother’s Secret is another atmospheric  and addictive psychological thriller from Sanjida Kay – yet another book I read in pretty much one sitting, beautifully written with some intriguing and engaging characters.

This is a slow burner of a tale, absorbing you into the lives of the characters and ultimately revealing the connections between them and the secrets that are being hidden…descriptively it is wonderful, really immersing you into their world and there are as usual some relevant and emotive themes explored. Sanjida Kay tends to ask the “What would you do?” question in her narratives and it is always hugely compelling and ever thought provoking.

As usual I can do nothing except highly recommend this..

But also I can wet your appetite by sharing the prologue with you….

Did you know my name means God?’ She shook her head and the movement made her forehead throb, her vision blurring into ultramarine and plum. She winced. ‘So I’m kind of a superhero.’ ‘Like Spider-Man?’ she asked, smiling in spite of the pain. ‘Yeah. What do you think my superpower could be?’ The child knelt on the floor beside the camp bed and stared into her eyes. His own were large and dark as treacle. He was so close, she could see how long and thick his eyelashes were, and smell the cream Arjun must have put in his hair to try and stop it standing on end. The boy was going to be a heartbreaker when he grew up. ‘Can you fly?’ ‘All superheroes can fly,’ he said scornfully. A little light spilled into the room from round the edge of the door, which was ajar; it was just enough to see the boy. There were no windows and Arjun had turned off the lamp when he left. She rolled gingerly onto her back and closed her eyes. The darkness was soothing. ‘Maybe you could be invisible.’ ‘That’s not very exciting,’ he said. ‘Is this where you sleep?’ ‘Sometimes,’ said the boy. ‘If Daddy’s working late and there’s no one to look after me. My mummy’s dead,’ he added, matter-of-factly. ‘I’m sorry, Dev,’ she said, taking his small hand in hers. ‘

‘That’s okay. She’ll come back. Maybe as a horse. She loved horses.’ He was only six, she thought. How could he hope to understand death? ‘Perhaps your superpower could be to talk to horses?’ she said. ‘Lizzie? ‘Yes?’ ‘Are you going to die, like Mummy did?’ ‘No, Dev, I’ve just got a really bad headache. I had a funny turn in the shop, so your daddy said I could lie down for a little bit. I’ll be better soon.’ For a couple of minutes the child said nothing, and she was aware of how loud his breathing was, and the strange smell of the room: of damp in the walls and dust, curry powder and laundry liquid. She gradually realized that something was happening on the other side of the door; there were raised voices and then a bang, as if a fist had pounded against something: a shelf maybe, or a table. The child jumped and his breathing sped up. He gave a little whimper. ‘He’s been here before,’ he said. ‘I saw him.’ ‘Who has?’ she asked. ‘The bad man,’ he whispered. She forced herself to sit up, swing her legs round. She pressed her hand against her forehead; her skull felt as if it was being crushed in a vice. The child had disappeared into the darkness. She stood and swayed; the floor lurched like the deck of a ship; nausea threatened to overwhelm her. She squinted towards the door and saw Dev standing, peering through the chink, his hair haloed by the light. Whoever was on the other side was shouting and there was a loud crash and the sound of hundreds of cans falling, of glass shattering. She forced herself to walk over to Dev. The yelling and swearing grew louder. She gripped the boy’s thin shoulders and tried to pull him away from the door. He resisted. She looked around, but there was no other way out of this room. Arjun was asking whoever was with him to leave; he said he would call the police. She tried again to get Dev away, but he grabbed hold of a shelf and she thought it might topple, or he would cry out and give them away. Instead she hugged him closer to her; she could feel the beat of his racing heart, the tremor in his body.

Through the crack in the door, she could see a man. He was large, well over six foot tall, and broad. He was dressed in black. He had a tattoo, like a blurred tear on one side of his face, and his head was shaved. He was shouting at Arjun, destroying his shop, overturning shelves and smashing bottles. Each time something crashed on the floor or was hurled against the walls, she and the child flinched. And then he stopped. He looked towards them. She shrank back, still gripping the boy. Someone, barely inches away from her, on the other side of the door, spoke. His voice was thin, reedy, almost refined. The man with the tattoo was listening to him. His chest was heaving, but he’d stopped tipping over the shelves. The other man continued to speak in a low and soothing tone. It was going to be okay, she thought, they would leave. ‘Now, Mr Kumar, I don’t like my people to be unhappy, but equally we cannot let this slide, can we?’ he said. She should phone the police, she thought, she ought to take this chance before anything worse happened. She let go of the boy. Her mobile had been in her rucksack, but she didn’t know where Arjun had put it. She hoped he’d brought it in here and he hadn’t left it out there. She went back to the camp bed in the corner and ran her hands over the floor. She felt grit and dust beneath her fingertips, but she couldn’t see or feel her bag. The man with the soft voice was still speaking to Arjun, but she was too far away to make out the words. She crouched on the camp bed and felt the strap of her rucksack. It had fallen down the back and was wedged between the metal frame and the wall. She pulled it up and rummaged inside for her phone, but she couldn’t find it. She glanced over her shoulder and saw the outline of the child. He was too close to the door. Frantically she searched again, and then tipped the contents onto Dev’s Spider-Man duvet. It was there, she’d got it! She switched the phone to mute, so the men wouldn’t hear the click of the keys, and started to dial. There was a sickening thud, like the sound of a cricket bat hitting a watermelon, and Arjun screamed. The boy gave a cry. She ran to him, her fingers slipping from her phone. But she was too late. The man on the other side of the door had heard him. Or maybe he had known the boy was there the entire time. She saw his arm – he was wearing an expensive navy suit and a white shirt with gold cufflinks – shoot through the gap in the door. He seized the child by the hair and pulled him into the newsagent’s. And in that brief moment, as the door swung open and shut, she glimpsed the expression on his face, and she saw the knife. 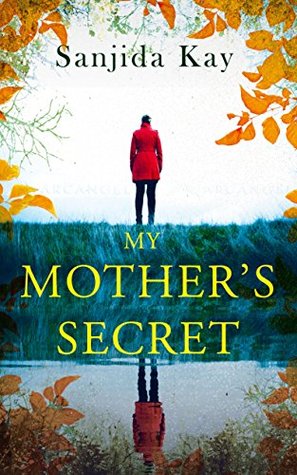