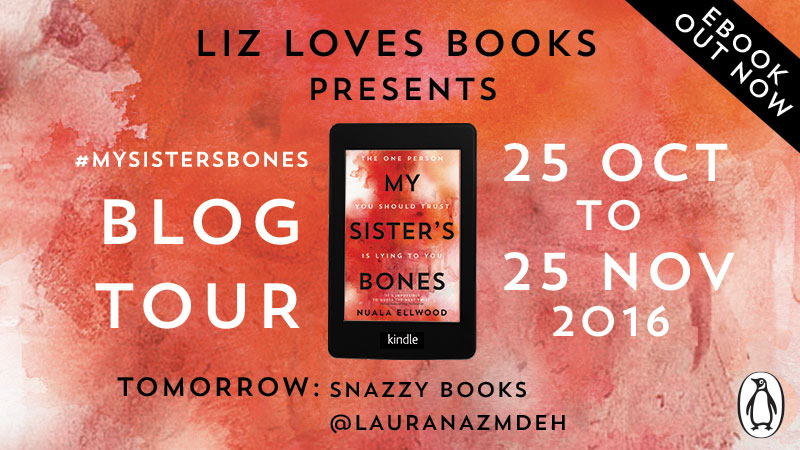 My Sisters Bones: Available Now in e-book or 2017 in Hardback

Kate Rafter is a successful war reporter. She’s the strong one. The one who escaped Herne Bay and the memories it holds. Her sister Sally didn’t. Instead, she drinks.

But when their mother dies, Kate is forced to return to the old family home. And on her first night she is woken by a terrifying scream.

What secret has Kate stumbled upon?
And is she strong enough to uncover the truth . . . and make it out alive?

My Sisters Bones, a slow burner of a novel, tackles many themes within the narrative, all of them compelling, some very emotive. A warning: If you are expecting a rush to judgment here, a quickfire psychological thriller that follows the usual paths then you won’t get that. Nuala Ellwood takes her time to bring the reader to the truth and in doing so allows for some fascinating character study and some digging into the depths of human reaction.

Kate, to be honest, I found to be rather unlikeable. But as the story unfolds I began to understand just what had led her here, she has seen a lot of horrific things during her time as a war reporter and it has affected her in ways that we only come to see over time. That mixed in with the mystery element of what exactly is going on at home makes for some gripping reading especially towards the end of the novel as all the threads start to come together.

I didn’t really have any problems working out who the “bad guy” was but this is a tight knit character driven book without too many “suspects” in the pool – rather Nuala Ellwood chooses to concentrate on a few, the twists here  when they come may shock you, not necessarily with the who but with the detail.

My Sisters Bones was beautifully written. It was often perturbing, ok sometimes maybe a little TOO slow there were occasions when I wanted to just get on with it but at the end I appreciated why it took the path it did. I felt for all the characters in here, especially it has to be said Sally who for me was broken yet sympathetic.

Overall My Sisters Bones is clever in that it is harrowing and intriguing in equal measure, you get caught up in the moments in this one, then get thrown into another before you have quite gotten to grips with the first. If you like your psychological thrillers to have hidden depths and unreliable unpredictable outcomes then this one delivers. 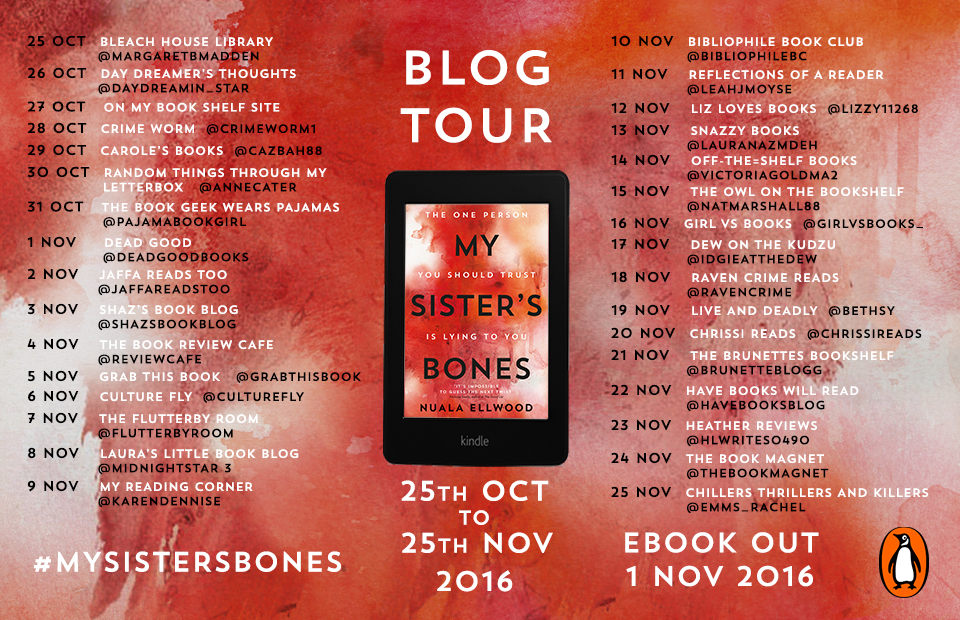