The officers at the crime scene know exactly who the victim is.

Doyle was one of five suspected bombers who caused the deaths of sixteen people.

The remaining four are also missing and when a second body is found, decapitated, it’s clear they are being killed by the same methods their victims suffered.

Forensic psychologist Paula Maguire is assigned the case but she is up against the clock – both personally and professionally.

With moral boundaries blurred between victim and perpetrator, will be Paula be able to find those responsible? After all, even killers deserve justice, don’t they?

The Paula Maguire series from Claire McGowan is brilliantly addictive, great storytelling, intriguing and intelligent plotting with some truly memorable characters, not least of which is Paula herself. Having followed her story from the start I was really looking forward to this one and honestly, it was incredible.

Claire McGowan has given her novels a rich historical aspect when it comes to the troubles in Northern Ireland, put her main protagonist up against the grey moral area’s and given her a depth of character and emotional resonance that I’ve not seen done better in many other ongoing crime series. Each individual story told within that framework is beautifully done, has all the things you look for within the crime fiction genre when it comes to mystery and edge of the seat moments and taken as a whole this makes for a completely immersive reading experience each time.

In The Silent Dead those moral area’s are even harder to navigate as the victims in this case once created victims of their own – as Paula investigates, at the same time dealing with some emotive issues in her own life, those lines blur even further and this novel gives you a lot to ponder on whilst being utterly entertaining throughout – a proper page turner.

Hard to know what to say without spoilers – Paula’s back story is intense and riveting – the wider cast of characters just as much so, these are books that definitely benefit from being read in order (although the author allows for this to be read on its own merits you won’t be lost if that is what you choose to do). To review this story in depth I would have to glance back – so perhaps I’ll just say this. If you havent tried these yet then you are definitely missing out and if you are on track with Paula and co  The Silent Dead will not disappoint. If anything this series grows in stature with every passing tale told, this one for me was the best so far and the others were not exactly lacking in excellence.

Most definitively Highly Recommended by me. 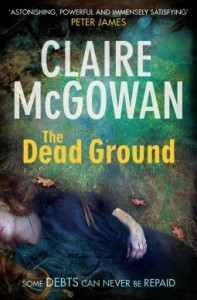