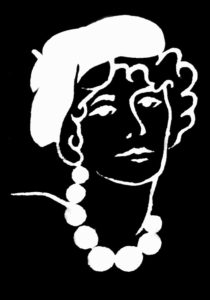 Today I’m very happy to welcome the five finalists for the Ngaio Marsh Award for Best Crime Novel, announced last month, to talk a little more about their finalist books.

The Ngaio Marsh Awards are New Zealand’s literary prizes for crime, mystery, and thriller writing. Last year’s winner, Trust No One by Paul Cleave, was released in the UK this summer. This year’s winners will be revealed next month in Christchurch, New Zealand. 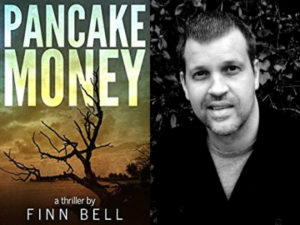 Detectives Bobby Ress and Pollo Latu are put to the test when someone starts martyring Dunedin priests in the most medieval of ways. The international judging panel called this book “a brutal page-turner with compelling characters that takes a deep-dive into the psychological and a captivating examination of urban and countryside settings”.

In my day job (prior to writing) I’ve worked in night shelters, charities, hospitals and prisons. Over the years people have told me absolutely amazing things, spanning the human condition from wondrous to grotesque. After a while some of those things started following me home – writing became a way of making sense of it. Eventually that writing coalesced into my first two books (Dead Lemons and Pancake Money) which I originally wrote as one too big, overly complex story but then separated out into two much more sane looking books. When I started I didn’t have a clear intention or plan to publish. So I couldn’t say the books had a clear inspiration or goal. I just wrote. Because I liked doing it, the process helped me. I didn’t really think much about the end result or what to do with it. The books as they are really just sort of came out. It happened without thinking (and knowing the quality of most of my thinking that’s probably a good thing).

Not real at all. The day it was announced I must have checked and rechecked the list five times. I even went back later in the evening and checked again, just to be sure nothing changed. There are some good, good books on the short list. I keep thinking at some point someone is going come tap me on the shoulder and explain that there’s been some kind of mistake. 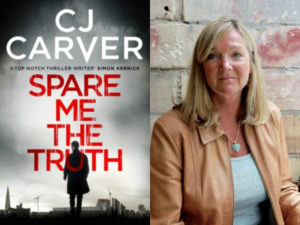 SPARE ME THE TRUTH BY CJ CARVER

A man suffering memory loss, a grieving daughter, and disgraced cop all have their lives upturned as they’re plunged into a global conspiracy. “Intriguing characters, twists that keep you guessing, and at heart a complex tale of betrayal and deception – a brilliant page-turner,” said the judges.

Purchase Spare Me The Truth: https://www.amazon.co.uk/Spare-Me-Truth-explosive-Forrester/dp/1785760335

The inspiration behind Spare Me The Truth was reading an article by the Telegraph’s science correspondent Richard Gray, who stated, “Researchers have found they can use drugs to wipe away single, specific memories while leaving other memories intact”. I wanted to explore the ramifications of such an amnesia drug, the downsides being that it could be taken on a whim, say, after a relationship breakup, but the upside could potentially help a severely traumatised victim of crime or war to return to a relatively normal life. All this got my creative synapses firing. What if someone had been administered the drug and couldn’t remember? Why was it done? What if everyone knew about it except the protagonist? I love, “what ifs”. They’re my staple diet.

I keep pinching myself. Being explicitly recognised for what I do feels fantastic. I also feel very moved, because it was my Wellington-born father who introduced me to Ngaio Marsh’s writing when I was a teen. We read all of her books, and if Dad knew I’d been finalised for this award, he would just about burst with pride. 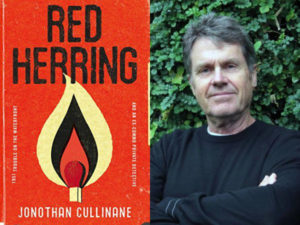 I wanted to write a crime novel because: (a) they’re the novels I most enjoy reading; and (b) because like any genre fiction they follow certain rules about plot and atmosphere and characterisation which the better novelists can afford to break but for the first-timer provide a reassuring template. I set Red Herring in 1951 because that was the heyday of hard-boiled fiction so it seemed appropriate – plus the industrial dispute (or lockout or strike, depending on your point-of-view) that closed New Zealand’s ports for 151 days in that year provided such a rich source of material.

There is a photograph in Never a White Flag: The Memoirs of Jock Barnes, Waterfront Leader that shows Barnes, president of the TUC, and a small group of watersiders on the footpath outside the Auckland Town Hall after a stopwork meeting during this period. The men have broad backs and lined faces. They are wearing tweed jackets or coats. A few have ties. Most are wearing hats. Barnes is leaning back, lost in thought. In the middle of the group, George Samways, the top of his short-back-and-sides just visible, is listening intently to the man on his right. Alec Drennan, head cropped on the right of frame, a smoke stuck to his bottom lip, has cauliflower ears and a nose so gloriously broken you could use it for a step-ladder. The men look to be around 40 for the most part (Barnes was 43). All of them would have been through the Depression and at least one world war and they’re still fighting. What would they make of New Zealand now? These were the sort of people I had in mind when I wrote Red Herring.

Thrillers, crime novels, tangled conspiracies, pulp fiction of any kind – Elmore Leonard, Paul Cleave, John Godey, James M. Cain, Eric Ambler etc etc etc – those are the novels I love to read. The Ngaio Marsh Awards were established to recognise the sort of writing, by New Zealanders, that I most enjoy reading, so it is a great feeling to have made the finalists this year and to be part of the wider group.

After his witness protection handler is kidnapped, ex-NYPD undercover cop Marshall Grade decides that offense is the best form of defense, infiltrating his old haunts for answers: “Some of the tautest writing and nastiest characters around, an adrenalin-charged tale where no-one emerges unscathed,” said the judging panel.

Marshall’s Law had to be a sequel to my previous novel, American Blood, so I knew my anti-hero Marshall would take centre stage. In terms of the setting however, I wanted a complete change: American Blood took place in New Mexico during summer, so I decided Marshall’s Law would be a city novel, playing out in New York during winter. The inspiration for the plot came during a trip to the US in 2014, when my friends and I stopped at a restaurant in Connecticut called the Galaxy Diner. There happened to a big SUV parked outside, and for some reason that image of the car stayed with me—I decided it belonged to a heroin dealer named Henry Lee, and that Marshall was meeting him there to talk about something. But I had to start writing to find out what they needed to discuss.

The Ngaios serve as a great profile-booster for crime writers in New Zealand. I’m thrilled and grateful to be on the shortlist alongside such talented spinners of criminal yarn. 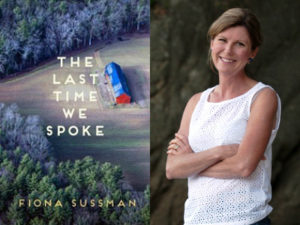 THE LAST TIME WE SPOKE BY FIONA SUSSMAN

A survivor and a perpetrator of a brutal home invasion seek to come to terms with their altered lives after the news cycle moves on. “Lyrically and sensitively written, a harrowing yet touching story that stays with you; this is brave and sophisticated storytelling,” said the judges.

There were a series of high-profile crimes in New Zealand in the 1990s, which captured my attention both for their senseless brutality and the youth of the perpetrators. Long after the news cycles had ended and the stories disappeared from our national consciousness, I found myself still pondering them. One in particular – a brutal home invasion – would leave its imprint. I had questions. How could the victim of an awful crime ever go on to negotiate some sort of meaningful life again? And what had happened in a youngster’s life to set him/her on a path to murder? From the outset I had two voices in my head – that of a victim and a perpetrator. I realised then that I wanted to bear witness to the fuller story of a crime.

How does it feel to be named a Ngaio Marsh Award finalist?

Special indeed! It is endorsement for a story I was anxious but compelled to write. I’m thrilled The Last Time We Spoke has found its way into the light.

Find out LOTS more as my fellow book reviewers take a little virtual tour around the awards.