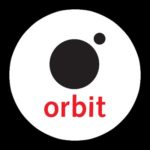 Orbit now have their own page because Nazia said so…

Jackal is proud to be a Grey Bastard, member of a sworn brotherhood of half-orcs. Unloved and unwanted in civilized society, the Bastards eke out a hard life in the desolate no-man’s-land called the Lots, protecting frail and noble human civilization from invading bands of vicious full-blooded orcs.

But as Jackal is soon to learn, his pride may be misplaced. Because a dark secret lies at the heart of the Bastards’ existence – one that reveals a horrifying truth behind humanity’s tenuous peace with the orcs, and exposes a grave danger on the horizon.

On the heels of the ultimate betrayal, Jackal must scramble to stop a devastating invasion – even as he wonders where his true loyalties lie.

Bring on the Orcs indeed!

The Grey Bastards is classic high fantasy done extraordinarily well, impressive and compelling world building, a whole plethora of brilliantly formed characters and an utterly riveting story. Loved every minute of it.

I’m loathe to give anything away – the sense of place is terrific within that compelling world building, the sights and sounds are palpable. Enter into this mix one of the best fantasy character’s I’ve read to date in Jackal – a rough talking, rough acting half orc with a huge amount of heart who will engage you throughout and make you want to ride alongside him and the rest.

The storytelling is just simply brilliant, with so many twists of character and event that your head is reeling but everything is perfectly plotted and completely believable, you just live in that world and often feel you might die in it.

This is hard hitting and aimed firmly at adults, it has humour and action, love and betrayal, a world that will spark your imagination and overall was just amazingly readable. Huge huge love for this one.

You can purchase The Grey Bastards Here. 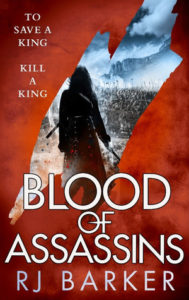 The assassin Girton Club-foot and his master have returned to Maniyadoc in hope of finding sanctuary, but death, as always, dogs Girton’s heels. The place he knew no longer exists.

War rages across Maniyadoc, with three kings claiming the same crown – and one of them is Girton’s old friend Rufra. Girton finds himself hurrying to uncover a plot to murder Rufra on what should be the day of the king’s greatest victory. But while Girton deals with threats inside and outside Rufra’s war encampment, he can’t help wondering if his greatest enemy hides beneath his own skin.

Love love LOVE this series book 2 was brilliantly mad I belted through it like a grasshopper on acid, then promptly took ages to write a review because sometimes that happens…

ANYWAY my inefficiency aside, Blood of Assassins is a truly excellent follow up to Age of Assassins which was also truly excellent so I’m all the way in. This one has a whole Game of Thrones thing going on, although luckily not EVERYBODY dies in this particular scenario, just don’t count any chickens. Set a few years after the events in the first novel, we rejoin Girton and his master, they’ve been acting as mercenaries in the interim, but then POISON and TROUBLE so Girton heads back to Maiyadoc in search of a cure – but trouble soon follows.

What I loved about this one particularly was the true sense of character RJ Barker imbues into his writing – Girton is not as he was, events have changed him in both attitude and temperament. The world building is also second to none and we have some dastardly clever plotting and a sense of things to come. Once more I was immersed into this world utterly during the reading of it and I loved every darned minute of it.

Intelligent fantasy, beautiful writing, THE most amazing characters and more dark fun and adventure than you can shake a stick at. That’s what you’ll get here, no messing. I’m a huge huge fan.

You can purchase Blood of Assassins Here. 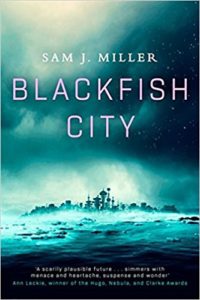 After the climate wars, a floating city is constructed in the Arctic Circle, a remarkable feat of mechanical and social engineering, complete with geothermal heating and sustainable energy. The city’s denizens have become accustomed to a roughshod new way of living, however, the city is starting to fray along the edges—crime and corruption have set in, the contradictions of incredible wealth alongside direst poverty are spawning unrest, and a new disease called “the breaks” is ravaging the population.

When a strange new visitor arrives—a woman riding an orca, with a polar bear at her side—the city is entranced. The “orcamancer,” as she’s known, very subtly brings together four people—each living on the periphery—to stage unprecedented acts of resistance. By banding together to save their city before it crumbles under the weight of its own decay, they will learn shocking truths about themselves.

Political corruption but not as you know it…

The setting is chilly and well defined, the world building is intensely clever, Sam Miller creates a genuinely inspired mythology here. “The breaks” are somewhat terrifying and allegorical, as the story unfolds within the worlds view of each individual character it is often unexpected and entirely addictive.

The plot is intelligently woven and every level of this city and it’s people is explored, opened up to the reader and shown in all it’s gorgeous, stark, unrelenting forms. The characters are sharply defined and divisive, shades of dark and light throughout this book I LOVED the writing, the story, the sheer length and breadth of the plotting and it was a pure pleasure to read first page to last.

You can purchase Blackfish City HERE 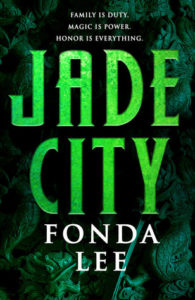 FAMILY IS DUTY. MAGIC IS POWER. HONOR IS EVERYTHING.
Magical jade—mined, traded, stolen, and killed for—is the lifeblood of the island of Kekon. For centuries, honorable Green Bone warriors like the Kaul family have used it to enhance their abilities and defend the island from foreign invasion.

Now the war is over and a new generation of Kauls vies for control of Kekon’s bustling capital city. They care about nothing but protecting their own, cornering the jade market, and defending the districts under their protection. Ancient tradition has little place in this rapidly changing nation.

When a powerful new drug emerges that lets anyone—even foreigners—wield jade, the simmering tension between the Kauls and the rival Ayt family erupts into open violence. The outcome of this clan war will determine the fate of all Green Bones—from their grandest patriarch to the lowliest motorcycle runner on the streets—and of Kekon itself.

This book was totally rock and roll from the strong, immersive world building to the brilliantly drawn and enigmatically layered characters to the belting plot that is pacy, smart and utterly gripping.

A fantasy world in a very authentic setting, Jade City is actually extremely difficult to quantify – it’s kind of like The Godfather with added magic, the political landscape is intelligently drawn and intriguing, the characters pop from the page and as a reader you get all tangled up in their lives and relationships all set against the backdrop of a city edging towards war.

This is epic urban fantasy with a hardened edge of realism that digs deep – the plotting is complex and engaging, there are thrills and spills and martial arts and plenty of edge of the seat twists that keep you reading long into the night and getting up early to start again. It is proper storytelling this, pulling no punches in order to make you feel all the feelings, violent and true to itself from first page to last.

I loved it and found it ludicrously addictive, The Green Bone Saga is going to be a series to watch and wait for – on my radar now and not about to drop off anytime soon. Whatever your genre preference you’ll probably find something to love here so I’m going to highly recommend it for everyone.

You can purchase Jade City HERE