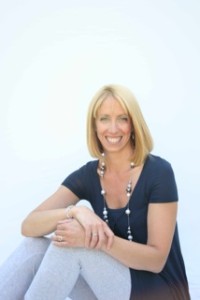 Today I am very pleased to welcome back Joanna Courtney, telling us more about her writing journey…

I am an expert at being rejected. I’m a top reject. As a short story writer I’ve long learned to accept that you’re lucky if you sell even half of what you write and if there was a ‘most rejected’ prize I’d win it. It seems, though, that if there was a ‘get up off your arse and go again’ prize I’d be in with a shout at that too and hopefully that’s why I’ve finally secured a novel contract with Pan Macmillan.

I’m well aware that there could – will – be plenty more rejection around the corner and in all sorts of delicious new forms (poor sales, bad reviews, historical inaccuracies, the scary second book) so I’m making the most of it at the moment and why not? Does anyone really have a tough skin? I doubt it. Some of us are just better at pretending and if there’s one thing a writer can usually do well, it’s pretend.

I like to think of myself a little like an Anglo-Saxonshield wall. (I think a lot about Anglo-Saxons – ask my children who groan whenever I say ‘did you know that in 1066…’) As a writer I line up for battle with my front line of stories and I drive forward. Sometimes I make an advance (literally if I’m really lucky) but sometimes I take a spear in the heart. That story falls but the army pushes on. It’s fanciful, of course, but at least it helps me to think of my writing career in terms of an overall, possibly even vaguely controlled campaign, rather than just a singular one-on-one combat.
I have been close to giving up no end of times (my husband would be rich if he got a pound for every time I’ve flouncingly announced I’m ‘going to get a proper job’) and perhaps never more so than when the third novel my lovely agent, Kate Shaw, and I had painstakingly polished and sent out looked like failing. I was getting so many replies saying: ‘loved it but we have something similar’ or ‘fantastic work but we don’t think we can sell that era’ or the classic, ‘I liked so much about this but just didn’t love it enough to take it on’. It felt like I was never going to make it to that last level of publication.

In reality as Natasha, the angel editor who finally did ‘love it enough’ pointed out, if I’d stepped back a little these comments would have shown me just how close I actually was. Giving up would have been like sitting down 50m from the finish line of a marathon. With the long run to publication, though, there is one significant difference – you don’t know where the finish is going to be until you get there. Now I’m here it seems so obvious, so natural even that all my past learning has built neatly to this point, but if you’d asked me two months ago I’d have (grumpily – very grumpily) told you I was further away than ever.

Don’t get me wrong – there’s a long, long way to go yet. I’m at the start of a whole new course but it feels slightly lighter and I’m not running it quite as alone as before. I’m not a big fan of self-help books but if there’s one I’d recommend to anyone it’s Dame Kelly Holmes’ – ‘Just go for it!’ It’s honest, open and helpful and the central message is spot on: learn from your mistakes, adapt, be realistic, but don’t ever give up.

So all I can say to those writers busting a gut to get to the elusive ‘offer to buy’ finish line is: take heart at any successes, however small they may seem; set mini-goals to keep motivating (something as simple as finishing the story before you finish the choccie digestives will do); and keep moving forward. You might be closer than you think…