The Best of Me – Nicholas Sparks. Read before you see…. 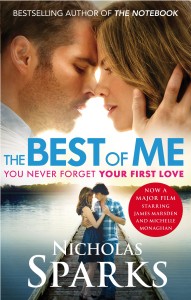 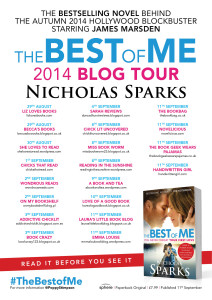 VERY excited to be part of the blog tour for The Best of Me – over to my lovely daughter Melissa who read and reviewed the book. Make sure you read before you see and get to know “the incredible love story behind the autumn 2014 Hollywood blockbuster starring James Marsden”.

They were teenage sweethearts from opposite sides of the tracks – with a passion that would change their lives for ever. But life would force them apart.

Years later, the lines they had drawn between past and present are about to slip . . . Called back to their hometown for the funeral of the mentor who once gave them shelter when they needed it most, they are faced with each other once again, and forced to confront the paths they chose. Can true love ever rewrite the past? 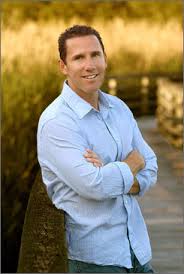 With over eighty-five million copies of his books sold, Nicholas Sparks is one of the world’s most beloved storytellers. His novels include twelve No. 1 New York Times bestsellers.

All Nicholas Sparks’ books have been international bestsellers and have been translated into more than forty languages. Nine of his novels have been adapted into major films: The Best of Me, Safe Haven, The Lucky One, The Last Song, Dear John, Nights in Rodanthe, Message in a Bottle, A Walk to Remember and The Notebook.
Nicholas Sparks lives in North Carolina with his wife and family. 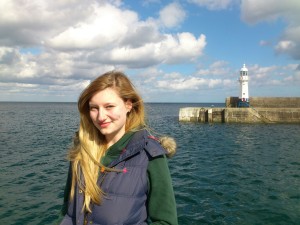 Although this book was no doubt a cliché from start to finish, I have to admit that it had me hooked from the very first page. As Liz well knows (and this is why she passes these books along to me) I am a fan of the mushy gushy romance, and Nicholas Sparks never fails to deliver.

The tragic story of Dawson and Amanda, torn apart as teenagers due to their severely different backgrounds and then thrown together as adults following the death of a mutual friend, is the epitome of what every girl looks for in her summer read – Add in a delicious layer of crime and violence as Dawson’s ‘wrong side of the tracks’ family seeks revenge, a good bit of mystery surrounding the last wishes of Tuck, their mutual friend, and not forgetting the guardian angel type being that Dawson believes is watching over him – you won’t want to stop reading!Highly addictive.

All that aside, the romantic/broody dialogue can honestly get a little over the top, and you might find yourself thinking as if anybody would EVER say that (while simultaneously wondering why no man has ever said it to you…) but that’s not to say it isn’t a great read. Four stars from me and we will definitely be seeing the movie!

Find out more and sign up for the newsletter here: http://uk.nicholassparks.com/