The Bone Tree – Greg Iles. The end is nigh… 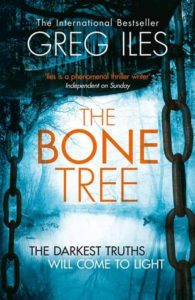 Former prosecutor Penn Cage and his fiancée, reporter and publisher Caitlin Masters, have barely escaped with their lives after being attacked by wealthy businessman Brody Royal and his Double Eagles, a KKK sect with ties to some of Mississippi’s most powerful men. But the real danger has only begun as FBI Special Agent John Kaiser warns Penn that Brody wasn’t the true leader of the Double Eagles. The puppeteer who actually controls the terrorist group is a man far more fearsome: the chief of the state police’s Criminal Investigations Bureau, Forrest Knox.

So we are getting VERY close now to the finale of the Natchez Burning Trilogy (actually containing books 4, 5 and 6 of the Penn Cage series) I have been devouring these as they come out and I talked about Natchez Burning HERE if you missed it.

Onto The Bone Tree then and I’m not going to say much about it because I’m sure some people are yet to start this and I don’t want to give TOO much away. Suffice to say it is a direct continuation of the explosive events in Natchez Burning, following Penn as he tries to save his Father from a murder charge, keep all those he loves alive and still dig deep into the Clan and unspeakable deeds.

Greg Iles is such a brilliant and insightful writer, who with this trilogy is really digging  into a readers emotional responses, especially when examining the Father/Son relationship – Penn has always looked to his Dad for moral guidance and to find that his life is not entirely an open book is hard for him. Even harder when he is surrounded by truly evil men – the historical aspects of this. blending fact and fiction, are genuinely heart stopping, examining a time in history that still resonates.

I really can’t speak highly enough of this series, not just the first two books in an ongoing story, but the ones that came before. If you havent yet taken a look at them then I can’t say anything other than highly recommended that you do. Bring on book 3. That is one reading weekend I simply cannot WAIT for. 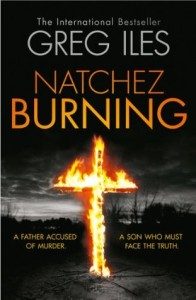 One Response to The Bone Tree – Greg Iles. The end is nigh…