The Mayfly: In Defence of Horror. James Hazel. 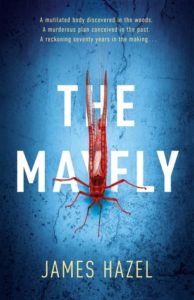 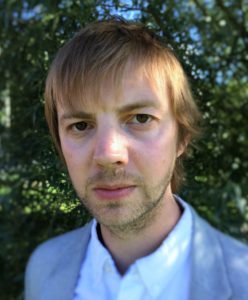 Slightly later than advertised (Apologies I was stuck on the M6 again) today I’m pleased to welcome James Hazel to Liz Loves Books with a guest post about why we are obsessed with horror. The Mayfly is out NOW and links to my review and further details will follow (Tip: It’s brilliant you should read it!)

In defence of horror James Hazel.

There is a man who has created a physical concept designed to be experienced by another, an observer, and provoke within that other an emotive response. This man has created art.

There is another man who has created a physical concept designed to be experienced by another, a reader, and provoke within him particular feelings of fear, disgust and outrage. This man has created horror.

The observer of art discharges his emotional response subjectively; any stimulation he feels is his alone, unless he chooses to share it with others.

The reader of horror, however, experiences a dilemma. Might the entertainment he has derived from such negative feelings require an element of justification? In the absence of such a justification, is the reader as appalling and inhuman as the horror he has just witnessed?

The Mayfly opens with the interrogation of a German SS doctor, Kurt Schneider, in 1945 by a British military intelligence officer, Bertie Ruck, on the subject of experiments with poison carried out on inmates at the Buchenwald concentration camp during the Holocaust.

Trying to establish the doctor’s motivations, Ruck presses Schneider only to be told, cryptically, that the suffering of the victim opened up a conduit through which Schneider was able to connect with God. In other words, there was no scientific justification for Schneider’s experimentation; he did it because he enjoyed it, albeit that he expressed that enjoyment through a sense of spiritual enlightenment.

There is some grounding in truth here. There are no known scientific justifications for some of the experiments carried out by Joseph Mengele in Auschwitz, especially when it came to surgical operations carried out on twins.

That is not to say, however, that there is something wrong with deriving an element of enjoyment from the more cringe-inducing, sinister moments in any media, whether film or novel. That is so, even in a case where one might lose empathy with the victim.

Take, for instance, the portrayal of retribution in the film Hostel. Here, three friends travelling across Europe are persuaded by a mysterious man on a train to visit a hostel in Slovakia. The protagonists are drugged and taken to a warehouse in the middle of nowhere where they are subjected to torture at the hands of individuals who have paid for the privilege.

One of the friends, Paxton, escapes. In the end, Paxton finds the man who tortured him in a public toilet and kills him.

The two primary acts of violence in the film – the torture of Paxton and his subsequent revenge – are vicious in the extreme but provoke entirely different responses, since there has been a role-reversal to the advantage of the hero: Paxton is able to exact revenge.

But we as the viewer aren’t cringing behind our eyes in the final scenes, despite the violence. We’re egging him on. That moment – the moment of letting go and empathising with the perpetrator of the crime – perhaps that is the true horror.

I am sympathetic to anyone who says that real life is cruel enough without having to read about such violence in fiction. I have already experienced some mild disapproval of the subject matter of The Mayfly, given its reliance on real life events. But it seems to me that this misses the point.

Real life is cruel, but we carry on regardless. We construct for ourselves an illusion that everything we do is predictable and our world feels secure. There is nothing wrong with that illusion; it is philosophically necessary, otherwise we would be constantly looking for monsters under the bed. The horror we are faced with in literature and film keeps this notion in proportion, and helps ensure that we do not forget the real-life suffering of those poor victims.

A mutilated body discovered in the woods.
A murderous plan conceived in the past.
A reckoning seventy years in the making . . .

Charlie Priest, ex-detective inspector turned London lawyer, is hired by influential entrepreneur Kenneth Ellinder to investigate the murder of his son. But Priest is no ordinary lawyer. Brilliant, yet flawed, this case will push him, and those closest to him, to the edge.

Priest traces the evidence back to the desperate last days of the Second World War. Buried in the ashes of the Holocaust is a secret so deadly its poison threatens to destroy the very heart of the establishment.
With more victims going missing, Priest realises that not everyone should be trusted. As he races to uncover the truth, can he prevent history from repeating itself? 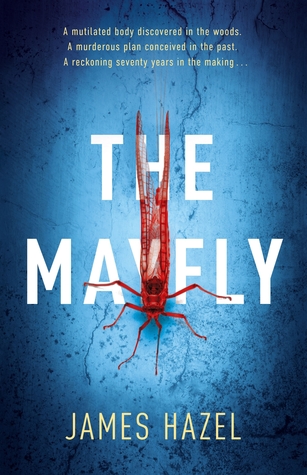