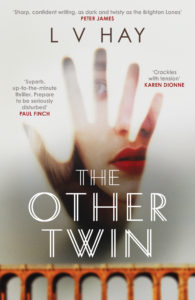 When India falls to her death from a bridge over a railway, her sister Poppy returns home to Brighton for the first time in years. Unconvinced by official explanations, Poppy begins her own investigation into India’s death. But the deeper she digs, the closer she comes to uncovering deeply buried secrets. Could Matthew Temple, the boyfriend she abandoned, be involved? And what of his powerful and wealthy parents, and his twin sister, Ana? Enter the mysterious and ethereal Jenny: the girl Poppy discovers after hacking into India’s laptop. What is exactly is she hiding, and what did India find out about her?

I’ve read a few novels that focus on familial relationships and also have a strong mystery element this year but perhaps none that have engaged me as much as Lucy Hay’s “The Other Twin” a beautifully written psychological drama with a vivid setting and some incredibly fascinating characters.

It is a twisty tale in the sense that you really don’t know what is coming but it is also an emotionally resonant read that digs deep into the psyche of the characters (not all of them likable but all of them compelling) and takes you on a journey through their lives ending with a beautifully placed and unexpectedly poignant ending.

Lucy Hay writes with a gorgeous intensity, bringing Brighton to life, bringing the people that live there to life and adding some insightful and often thought provoking layers to the whole thing that just make it a wonderful and, it has to be said, highly addictive read.

When you read and review as many books as I do it is sometimes hard to come up with new things to say -but you know, sometimes if it ain’t broke don’t fix it so I’ll just say The Other Twin. Highly Recommended.

Purchase The Other Twin 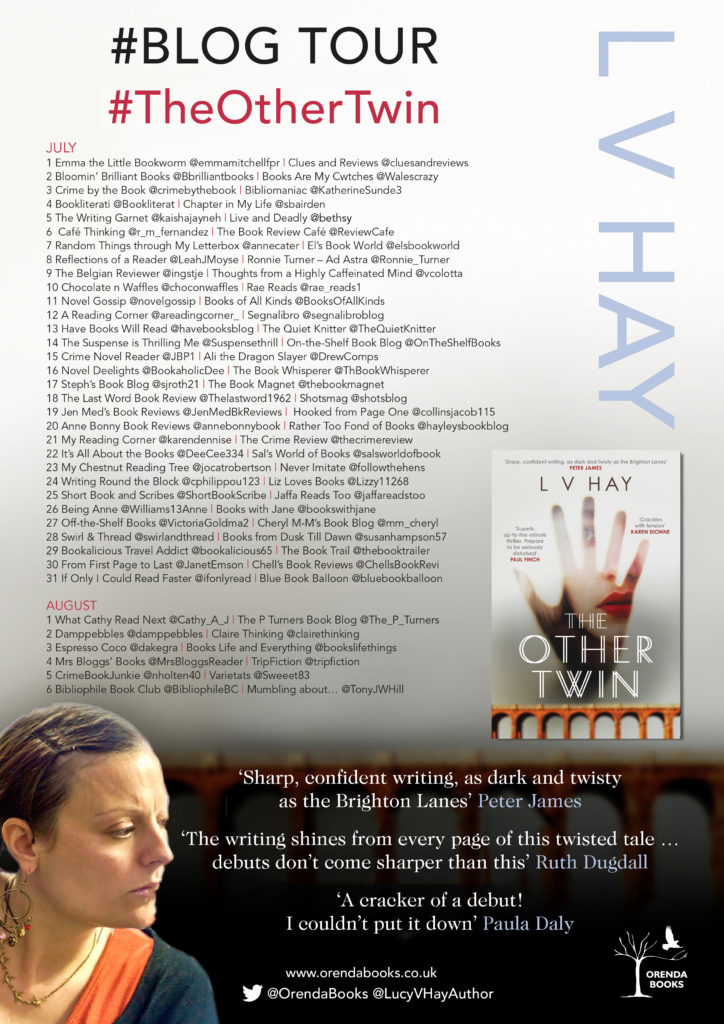