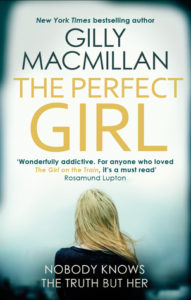 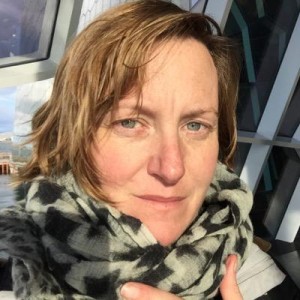 Today I am VERY pleased to welcome Gilly back to the blog talking about her new novel “The Perfect Girl” – apologies for the lateness this was supposed to be part of the blog tour but the vagaries of WordPress and my lack of efficiency that day lead to it being now instead of then. Better late than never as it is said and thanks SO much to Gilly for taking the time to answer some questions.

First of all thanks so much for coming back on the blog to answer some questions – can you start by telling us a little bit about “The Perfect Girl” – the original inspiration and themes within the story?

Thank you so much for inviting me to come back on the blog!

I was inspired to write ‘The Perfect Girl’ after hearing a story about a real life case where an otherwise very well-behaved teenager had caused the death of some friends in a car accident. She was sentenced to jail time after a trial and, in spite of having a very loving and supportive family, she was never able to get her life back to ‘normal’ after she left prison, partly because she had become exposed to drugs while incarcerated, and was unable to kick that dependency. The story haunted me, because I think that during your teenage years it could be so easy to make a mistake that had unforeseen but appalling consequences, and the fact that the rest of your life might be in danger of being defined by that is a frightening thing.

The themes followed: I was intrigued by the different ways you might try to rebuild your life after being responsible for a tragedy like that. How would it shape you, especially if you were so young when it happened, and how would jail time affect you? In this day and age, is it even possible to leave something completely behind without others finding out about it? And, possibly most important of all, how would it affect both your relationship with your family, and your and their relationship with the outside world as you try to move on?

Talk a little about Zoe – she is quite a complex character for a teenager, having made one mistake that she can’t leave behind – I was mostly interested in her relationship with her mother who tries to protect her but possibly in the wrong way. Can you talk a little about how you create the layers of relationships within the story?

I really love teenage characters because those years are such a challenging time in our lives. Older teenagers are often equipped with most of the skills you need in life, but remain powerless to a very large degree until they become adults, and that contradiction fascinates me. I decided to make Zoe a musical prodigy because that upped the stakes for her and for her mother even further. It gave her mother a way to try to rebuild their lives, which is why the book opens at a concert where Zoe is giving her ‘come-back’ performance, but it also allowed me also to explore ideas about how children, and particularly girls, can be put under tremendous pressure to succeed. I found it very rich material.

One fantastic thing about writing in a teenage voice is that I was able to make Zoe’s style of narration a lot freer than that of the adults, because she is a teenager. I began with Zoe’s unfiltered voice, and developed the voices of the adult characters around that. Some of the narrators are very close to Zoe and her mother, while others are involved with the family in a more professional capacity and this gives the reader different levels of objectivity about what happens to Zoe, and also, I hope, makes them feel they’re at the heart of the story in more ways than one.

You use multiple viewpoints which in this case work extraordinarily well by showing all the issues from different angles. How do you keep it straight when constructing the story – in other words, tell us a little about your writing process when it comes to plot development overall.

From the beginning of the book I was clear about what each character’s role was going to be, not so much in terms of how the plot would unfold, but in terms of how each narrator could shed light on Zoe’s character and actions, both past and present, and reveal how she has affected and continues to affect the people around her. To make that work, I knew I needed each narrator to have enough space within the book for the reader to get to know them properly, and to care about them. Beyond that, I used my gut instinct, asking myself which narrator I would find most dramatic as a reader at any point in the story, and carefully monitoring the pacing of the book so they were balanced. Often, it takes a lot of careful editing to get it right.

In terms of plot, when I started I had a reasonable idea of how I wanted the book to end, but it wasn’t until I set the story in motion and began to write from each character’s point of view that the nuances of the plot suggested themselves, and events began to twist and turn. It’s a bit of a scary way to write, and sometimes you find yourself getting a bit stuck on a plot point for a few days, but in many ways I think it helps drive the tension in the book. Using multiple viewpoints allows the different characters to fade in and out of focus for the reader and shed light on the action as it unfolds in unexpected ways. They’re a good device to use if you want to build up complex, interesting relationships between the characters, so that the reader is painfully aware that the actions of any one of them has the potential to have consequences that might ricochet around the lives of the others, and cause devastating outcomes.

Did you find “The Perfect Girl” came easier or harder than “Burnt Paper Sky”? BPS was received very well (for good reason) – is there a certain amount of pressure then on the next novel?

I found the plotting of ‘The Perfect Girl’ really tricky, because it quickly became very intricate, but I loved the characters and the tight time frame I was plotting within. The challenges of getting it all right and pulling the book together were sort of addictive, and as a result I wrote the book fairly quickly. I felt a lot of pressure, because it was the first time I had written anything that people in the industry were waiting to read, and the first time I’d written to a deadline, and both of those expectations were hard. Fortunately, ‘The Perfect Girl’ was entirely written before ‘Burnt Paper Sky’ was published so I avoided feeling any pressure that might have resulted from how ‘Burnt Paper Sky’ was received. That’s been more of an issue for Book 3.

Finally, can you tell us anything about what is in the pipeline?

Book 3 is in the pipeline and it’ll be the second in my DI Jim Clemo series, so a follow on from ‘Burnt Paper Sky’. It’s set in Bristol, as before, and sees DI Clemo taking on a new case involving two teenage boys who are involved in an incident that leaves one of them fighting for his life and the other refusing to speak about what’s happened.

Thanks so much for having me on the blog, Liz. It’s always a pleasure.

To everyone who knows her now, Zoe Maisey – child genius, musical sensation – is perfect. Yet several years ago, Zoe caused the death of three teenagers. She served her time. And now she’s free.

Her story begins with her giving the performance of her life.

By midnight, her mother is dead.

Read my review of The Perfect Girl HERE 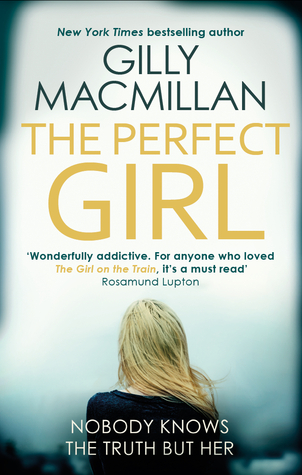