The Woman In The Window A J Finn – Blog tour Day One. 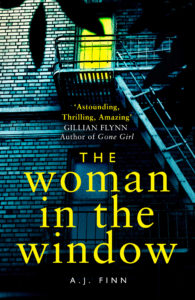 Anna Fox lives alone, a recluse in her New York City home, unable to venture outside. She spends her day drinking wine (maybe too much), watching old movies, recalling happier times–and spying on her neighbors.

Then the Russells move into the house across the way: a father, a mother, and their teenage son. The perfect family. But when Anna, gazing out her window one night, sees something she shouldn’t, her world begins to crumble—and its shocking secrets are laid bare.

Today I am VERY excited (and pleased) to be kicking off the blog tour for A J Finn’s brilliantly addictive novel “The Woman in the Window” a book I devoured in short order last year and a tense noir thriller. I have a wonderful extract for you a little further down, but first, most people will realise the influences for this book so I want to talk a little about that..

The Woman in the Window – Ode to Hitchcock. 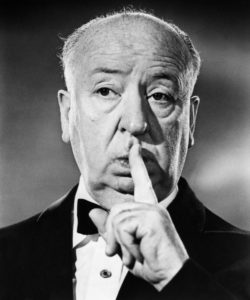 The Woman in the Window, one of my favourite reads of last year (although it is only about to be published in the UK now) is undoubtedly influenced by Hitchcock, Rear Window (although not only Rear Window) and other noir films of old. In fact the main character, Anna Fox, watches such things avidly and it is a theme that runs throughout the narrative and influences her thinking. I came away from the read with a “to watch” list and a distinct urge to search out my Hitchcock collection.

Whilst it does take a lot of cues from that type of movie, The Woman in the Window is very much modern noir and very much its own thing– Anna Fox is divisive, often unlikeable, but extremely intelligent. She does not apologise for the way she is, nor for how she acts. This is less psychological thriller and more psychological drama – the suspect list is small, the whole story is disturbingly voyeuristic and the dark, subtle twists and turns are a definite homage to those storytellers, such as Hitchcock, who keep the tension palpable throughout. AJ Finn has captured the sense of this perfectly, offering an old school take on a very current trend and using some beautifully immersive writing to do so.

If you are a fan of Hitchcock, of Noir or of the very popular  trend of the unreliable narrator then The Woman in the Window is a novel you won’t want to miss….

Her husband’s almost home. he’ll catch her this time.

There isn’t a scrap of curtain, not a blade of blind, in number 212— the rust-red townhome that once housed the newlywed Motts, until recently, until they un-wed. I never met either Mott, but occasionally I check in online: his LinkedIn profile, her Facebook page. Their wedding registry lives on at Macy’s. I could still buy them flatware.

As I was saying: not even a window dressing. So number 212 gazes blankly across the street, ruddy and raw, and I gaze right back, watch- ing the mistress of the manor lead her contractor into the guest bed- room. What is it about that house? It’s where love goes to die.

She’s lovely, a genuine redhead, with grass-green eyes and an ar- chipelago of tiny moles trailing across her back. Much prettier than her husband, a Dr. John Miller, psychotherapist—yes, he offers couples counseling—and one of 436,000 John Millers online. This particular specimen works near Gramercy Park and does not accept insurance. According to the deed of sale, he paid $3.6 million for his house. Busi- ness must be good.

I know both more and less about the wife. Not much of a home- maker, clearly; the Millers moved in eight weeks ago, yet still those windows are bare, tsk-tsk. She practices yoga three times a week, tripping down the steps with her magic-carpet mat rolled beneath one arm, legs shrink-wrapped in Lululemon.

And she must volunteer someplace—she leaves the house a little past eleven on Mondays and Fridays, around the time I get up, and returns between five and five thirty, just as I’m settling in for my nightly film. (This evening’s selec- tion: The Man Who Knew Too Much, for the umpteenth time. I am the woman who viewed too much.)

But her age is a mystery, although she’s certainly younger than Dr. Miller, and younger than me (nimbler, too); her name I can only guess at. I think of her as Rita, because she looks like Hayworth in Gilda. “I’m not in the least interested”—love that line.

I myself am very much interested. Not in her body—the pale ridge of her spine, her shoulder blades like stunted wings, the baby-blue bra clasping her breasts: whenever these loom within my lens, any of them, I look away—but in the life she leads. The lives. Two more than I’ve got.

Her husband rounded the corner a moment ago, just past noon, not long after his wife pressed the front door shut, contractor in tow. This is an aberration: On Sundays, Dr. Miller returns to the house at quar- ter past three, without fail.

Yet now the good doctor strides down the sidewalk, breath chug- ging from his mouth, briefcase swinging from one hand, wedding band winking. I zoom in on his feet: oxblood oxfords, slick with polish, collecting the autumn sunlight, kicking it off with each step.

I lift the camera to his head. My Nikon D5500 doesn’t miss much, not with that Opteka lens: unruly marled hair, glasses spindly and cheap, islets of stubble in the shallow ponds of his cheeks. He takes better care of his shoes than his face.

Back to number 212, where Rita and the contractor are speedily disrobing. I could dial directory assistance, call the house, warn her. I won’t. Watching is like nature photography: You don’t interfere with the wildlife.

Dr. Miller is maybe half a minute away from the front door. His wife’s mouth glosses the contractor’s neck. Off with her blouse.

She seizes his tie between her teeth, grins at him. Her hands fumble with his shirt. He grazes on her ear.

Her husband hops over a buckled slab of sidewalk. Fifteen seconds.

I can almost hear the tie slithering out of his collar. She whips it across the room.

Ten seconds. I zoom in again, the snout of the camera practically twitching. His hand dives into his pocket, surfaces with a haul of keys. Seven seconds.

She unlooses her ponytail, hair swinging onto her shoulders. Three seconds. He mounts the steps.

She folds her arms around his back, kisses him deep. He stabs the key into the lock. Twists.

I zoom in on her face, the eyes sprung wide. She’s heard. I snap a photo.

And then his briefcase flops open.

A flock of papers bursts from it, scatters in the wind. I jolt the cam- era back to Dr. Miller, to the crisp “Shoot” his mouth shapes; he sets the briefcase on the stoop, stamps a few sheets beneath those glinting shoes, scoops others into his arms. One tearaway scrap has snagged in the fingers of a tree. He doesn’t notice.

Rita again, plunging her arms into her sleeves, pushing her hair back. She speeds from the room. The contractor, marooned, hops off the bed and retrieves his tie, stuffs it into his pocket.

I exhale, air hissing out of a balloon. I hadn’t realized I was holding my breath.

The front door opens: Rita surges down the steps, calling to her husband. He turns; I expect he smiles—I can’t see. She stoops, peels some papers from the sidewalk.

The contractor appears at the door, one hand sunk in his pocket, the other raised in greeting. Dr. Miller waves back. He ascends to the landing, lifts his briefcase, and the two men shake. They walk inside, trailed by Rita.

A.J. Finn is the pen name of Dan Mallory, vice president and executive editor at William Morrow. Dan has written for numerous publications, including the Los Angeles Times, the Washington Post, and the Times Literary Supplement. A native of New York, he lived in England for ten years before returning to New York City. He is an Oxford graduate, with a life-long love of the thriller noir genre, and a particular appreciation of Hitchcockian cinema.

Purchase The Woman In The Window 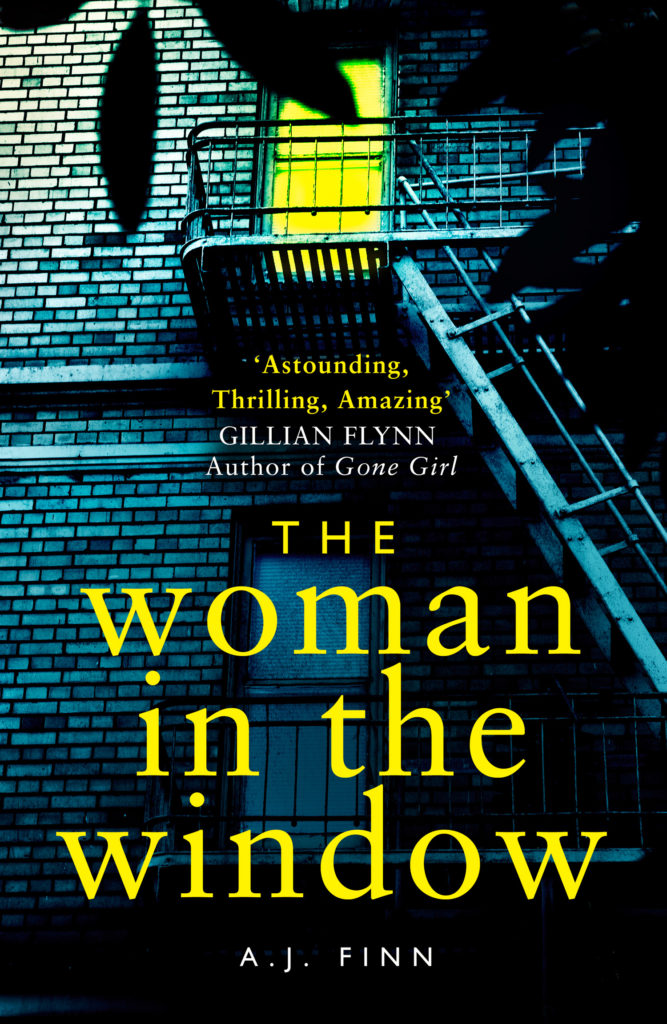