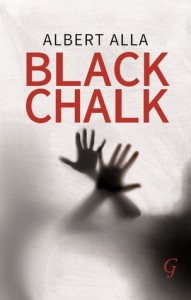 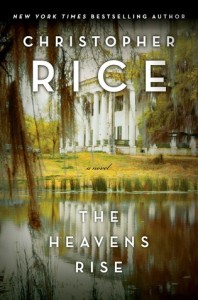 Good Morning everyone and Happy Monday!

After my weekend post telling you about the three wonderful books I was finishing and the one I was about to start, I thought it would be nice to post all 3 reviews for you in one Post. Shortly thereafter, the page of Harper Collins will be updated to include “Bird Box” – yes it was as good as expected – so good I read it in a day! For now though – here is why you MIGHT want to put the above three novels on your to be read lists.

In the Oxfordshire countryside, a student walks into a classroom and starts shooting. Nate Dillingham, friends with shooter and victims alike, is the sole survivor and only witness. Easily led and eager to please, his recollections weave around others’ hopes until he loses track of what really happened that day.

Right. So imagine. One seemingly normal day at school, a friend of yours enters the classroom and starts shooting students, other friends of yours….Imagine that you are the sole survivor and the only one who can tell the tale…Then imagine trying to live a life…any life in the aftermath of that event.

This is the position Nate Dillingham finds himself in during the course of this amazing and heartfelt survivors tale..told entirely from his point of view we start with the shooting and move ever onwards..hospital, recovery, endless interviews…then what? Well that is the question…

Its hard to put into words what I feel about this one…it got me right at the heart and is unlikely to let go for a while. Beautiful writing and a setting I know so well that I was able to walk some of the paths with Nate, this book literally “had me at hello”.

Its a difficult subject – taking us into the heart of the matter, who has not been glued to the tv screen as something of this nature unfolds – this takes us beyond the soundbite one step removed comfort zone and puts us where its important, into the lives of those affected.

As Nate struggles to understand what went on that day, as the true nature of the events that overtook him become lost in what others are desperate to believe, you will become further and further immersed into this truly brilliant, unequivocably stunning and often heart wrenching drama.

As I write this review I am still unsure how I feel about the ending…certainly I am still feeling the story as a whole…and I think this is a book that will bear reading more than once…in fact probably should be.

The Truth Shall Set You Free. Will it not?

Intense and atmospheric. Right. Spot on description. Hey, me, I don’t get creeped out by novels often, a good horror or ghost film yep, can affect my nights but when I’m reading of  strange and terrible things my brain usually seems to accept that and much as I enjoy them they stay where they are supposed to. Exceptions to this rule: Geralds Game by Stephen King and now,  The Heavens Rise by Christopher Rice…

For a start its a brilliantly imagined story….one that almost immediately sinks into your subconcious and stays there for the duration, no matter what else you are doing.  A family disappears, a town mourns, but something strange and terrible is going on…and for those left behind the nightmare may only just be beginning.

Some real life events are incorporated into the story and that works well – the atmospheric and truly haunting setting give it an edge and I loved the whole thing. I love Mr Rice’s writing style, and setting the novel both in past and present to get an overall look at what is going on creates an offset to the reading experience and all in all this was a wonderful addition to the halls of horror fame.

It won’t be for everyone – but if you like a good supernatural and twisty tale of intrigue then I’m fairly sure you will enjoy this. Even if you do dream of snakes and dark water and terrible things….

Peg always felt a little blurred, a little lacking in definition. Her mother died when she was six, her father simply disappeared, and she was brought up by her grandparents and her obese, bedridden aunt. But, despite all this, she never developed the habit of asking questions…..

But perhaps she should have done…or not! Anyway I muchly enjoyed this novel, a total indulgence, one I found hard to put down and after I had finished I felt a little like I had run a marathon…

Why? Well mostly down to the characters. I didnt like hardly ANY of them. Isnt that terrific? Yes it is because they are so well written. I’m not entirely convinced that Ms Crouch WANTS people to like them. In fact the only one I loved was the one that peripherally I was probably supposed to be suspicious of. No. Not saying. But anyway, we have Peg, with her never ending passive stance,  tempered by  Loz who knows it all and never shuts up. Then you have Grandma “Doll”, frail but full of her own importance and Auntie Jean who can’t get out of bed due to her MASSIVE bulk and can talk around a subject and leave your head spinning like no other…throw them all together with the mystery of what exactly happened to Peg’s father, and why she has no memory of her early years and you have a corker of a story.

Information is drip fed to you in short little bits and bobs as we watch Peg slowly but surely start to realise that everything is not as clear cut as it appears…everyone is hiding secrets and no-one wants to tell the truth..the blame game is played to perfection and you are never sure if what you are hearing can be relied upon. Blimey though I wanted to hit her over the head with a frying pan upon occasion – so ridiculously fond was she of hiding in the corner from the actual facts that were emerging..

Anyway, cleverly done, paced perfectly, no downturn in the quality at any point made this one of my favourite recent reads – hey I was curled up under the duvet with a torch at 3am this morning (so the children didnt see my light on and decide it was time to get up!) so that probably tells you all you need to know. Now..I’m sure Ms Crouch has written some others. Better go find them then….