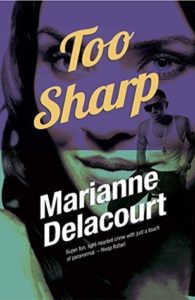 Today I am very happy to welcome Marianne Delacourt to Liz Loves Books, to celebrate “Too Sharp” the third in the Tara Sharp series she is telling us about her Top Ten Humorous Heroines.

The truth is that Janet Evanovich hooked me on humorous heroines. I really get a kick out of snappy dialogue stirred with slapstick, and the Stephanie Plum series perfected the mix.

My heroine, Tara Sharp, has had some memorable moments of her own. She’s tangled with bad-asses, bangers, bikers, and most recently a barbequed duck.

To my mind, the girls of gag should get talked about a lot more than they do. Here are a few funny heroines (some old, some new) you should check out!

The third novel in Marianne Delacourt’s series of paranormal crime novels about unorthodox PI Tara Sharp, ‘Too Sharp’, launched this week. The novel is available from all online retailers, including Twelfth Planet Press and Amazon. Readers new to Delacourt’s Tara Sharp series can spark their addiction with ‘Sharp Shooter’, the ebook of which is available for free for a limited time to celebrate the launch.

Tara Sharp’s new case brings her to Brisbane, where she is placed in charge of Slim Sledge, a high-maintenance rock star. Tara’s a sucker for a backstage pass, and it’ll provide some much-needed distance between herself and her mother’s not-so-subtle hints about getting a “real” job, not to mention crime lord Johnny Viaspa, the only man on the planet who wants her dead.

She expected the music industry to be cut-throat, but Tara soon uncovers more problems than just Slim Sledge’s demands and his rabid fans. Everywhere she turns, the grudges run deeper and the danger ramps up.

Has Tara finally pushed her luck too far? 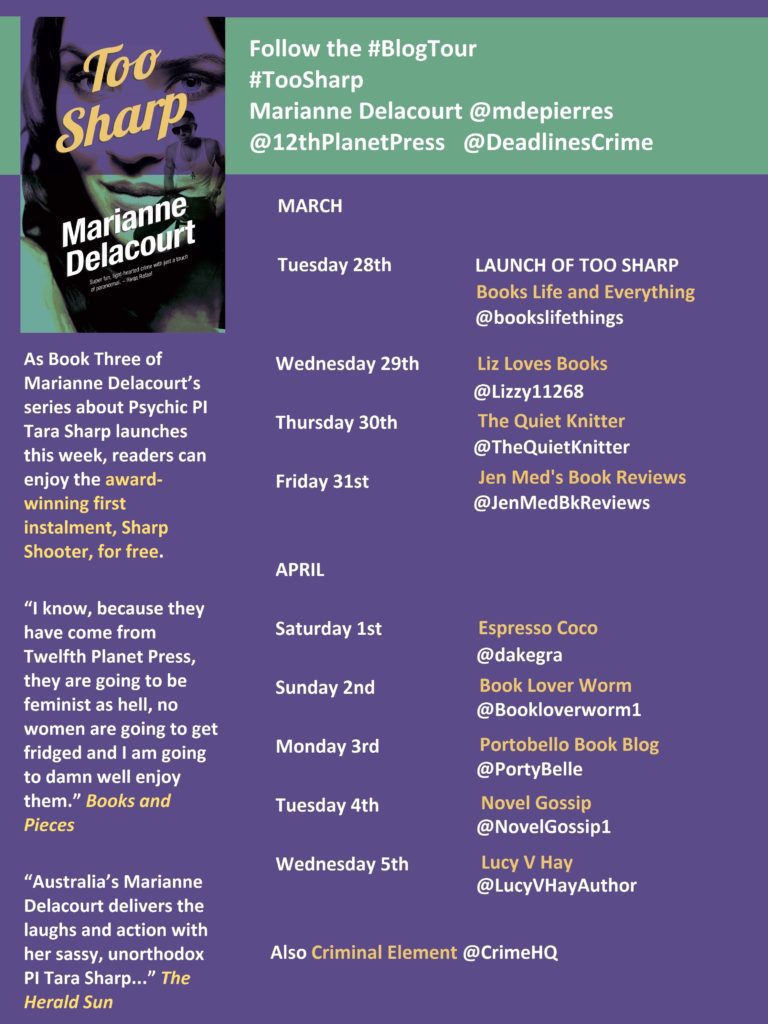