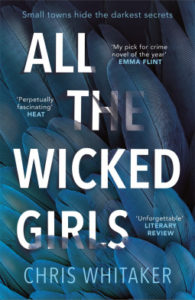 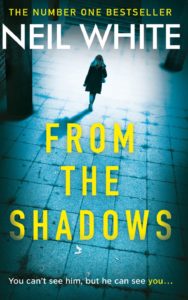 So after Chris and Matt last week I rather stupidly asked Chris to have a chat to Neil, whose new novel, From the Shadows, comes out this week (and you probably shouldn’t miss it)

Over to them then. And I’ll be hiding over there when Emily, Katherine, Rod and Steph come after me..

Chris: Okay, so I know you have a book to promote (the highly acclaimed From The Shadows) and we could talk about that. I could tell you that I’m a huge fan, from Cold Kill to the Parker brothers to the incredible Lost in Nashville. But instead I thought we’d give the people what they really want. A glimpse at the man behind the myth. The tough northerner with a heart of gold. The ‘sexiest man in crime writing’ (though Rod Reynolds has a lot to say on this subject). Let’s do this…

If you could sleep with any fictional character, who would it be? Personally, I’d find it easier to list characters I wouldn’t sleep with, but topping my list is Lori Anderson from Deep Down Dead. (I’m aware I’ve now given Steph Broadribb a wonderful mental image to use when writing the next in the series. You’re welcome, Steph).

Neil: Could talk? Could? No, do tell. I expect a certain degree of fawning here.

Any fictional character? I’m tempted to say Eve, because pulling an apple seemed to get them both straight down to it and saves all that messing around wooing, going to restaurants and stuff, but I don’t want to get into the whole “fictional” thing, creation or evolution.

Chris: Good choice, I love a bit of S&M too.

It was great catching up at Harrogate. I used my time there to pitch book 3 ideas to Katherine Armstrong (editor) and then watch as she willed the ground to open up and swallow her. I’m not good at pitching. I can never get my ideas across in the way I’d like. I once pitched a love story to Joel (former editor) about an adult film actress that falls in love with a washed-up children’s entertainer. Joel just swallowed nervously and said ‘I have some concerns’. What’s the worst story idea you’ve ever had/pitched?

Neil: Whoah, S&M? Steady lad, we don’t any of that stuff and nonsense up here –adjusts flat cap – although you can probably get a good sting from a well-swung black pudding.

I hate pitches etc, because a great idea can be ruined in the telling, and an ordinary idea can be made thrilling in the telling. Thinking back, nothing particularly comes to mind because I don’t think I’m an ideas man. I speak to writers who are buzzing with ideas, who could (and do) write a short story a week. I’m a ‘one idea a year’  man. I don’t think I’m particularly creative like that.

Thankfully, I didn’t have to go through the pitch routine. I sent a completed manuscript to my first publisher and they liked it. If I had to go through a “pitch an idea” process, I’d still be a full-time lawyer with unpublished manuscripts on my floor.

Chris: Bonnier like to keep a close eye on me for some reason. Possibly because I tend to deliver a completely different manuscript to the one I originally planned. And yeah, totally agree on the ruined-in-telling view, I think if I’d have pitched All The Wicked Girls first they might have laughed at me.

I’ve written two standalones now, and book 3 will likely be another. As you’re beginning a new series I wondered which you prefer writing, and if you find it easier returning to characters you know well. On the flipside have you ever tired of a character but felt compelled to keep writing the series?

I can’t remember who said it but apparently the way to earn money as a writer is to write a crime series. If so, can you lend me money? I did ask Katherine for more but she kept shaking her head and mumbling something about Wilbur Smith.

Neil: No money in a standalone? Tell that to Harper Lee. Or John Grisham.

I’m torn, to be honest. When I first started out, my intention was to write a series of standalones but where the same characters popped in and out, like a community of characters. Once I started the second, however, and the main characters in the first were mentioned, I found myself wanting to import them more, so the series developed.

I do think a series has a finite end, and the trick is to spot it. I’ve written one crime standalone, Beyond Evil, but ironically I wanted that to be a series but a change of publisher brought an end to that. For the moment, I’m writing a series. If later on, I decide that the series has run its course, or needs a break, I’ll do something different.

The advantage of writing a series is that you get rid of all of that planning the characters in the first book, where you iron out their background, and it helps with crafting a story as you end up fitting the idea into a pre-existing template.

What I would say is that you should never write with money in mind. If you write for the bandwagon, it will have rolled out of town by the time you finish it. Just write something you’re proud to put your name to, as you’ve done. Both your books are fabulous, beautifully-written, and winning the acclaim they deserve.

And if I lent you the money, you’d just blow it on some wild stock market gamble. I’m sticking it under my mattress.

Chris: I was so pleased you enjoyed All The Wicked Girls. I had a tricky time with it, and looking back now I think it was partly down to feeling like I was out of my depth. Writing in the first person, as a teenage girl from Alabama, and setting it during the Satanic Panic of the mid 90s, maybe it was a bit mad. But I could see it all so clearly, those characters and that town, it became a story I had to tell, regardless of my background.

I’m a big fan of Mike Thomas, and with him being a former policeman I find there’s a level of authenticity to his novels that goes beyond research. And I find the same to be true when reading your books.

From The Shadows follows defence lawyer, Dan Grant, as he looks into a murder case. How much does being a lawyer help when writing crime? And not just technically, do you feel your job enables you to better understand the (criminal) characters you write about?

Neil: I don’t know about understanding the criminal character, because the sort of criminals who end up in the pages of a murder novel, and I don’t mean mine but generally, are unique and complex. No one sets out to write the great shoplifting novel. As a day to day thing, being a criminal lawyer can be as mundane as the next job, although there is often a lot of comedy in the most mundane, but the sort of murderer who makes us want to read crime novels are once in a career people for most criminal lawyers.

What being a criminal lawyer does do is make you realise that there are no depths to human cruelty. If you want to see the sick and twisted, read the papers, visit a courtroom. Don’t tell me something is far-fetched. I’ll find something worse in real life.

It helps in other ways too, perhaps ways that are hard to measure. For instance, I was a prosecutor for most of my legal career, and that involves assessing often quite emotional cases in a cold, dispassionate manner, looking for whether there is enough evidence to prosecute, often weighing a number of different strands together. To be able to look at things objectively is a great help when reading through my own stuff when I’ve done the first draft, as well as juggle the strands in my head, and that is something the day-job might have helped with.

It gives me a headstart too when it comes to legal and police procedures, in that my research doesn’t have to start at base camp.

The downside is that it can me mentally-draining, which is why I took a step back from it a couple of years ago and don’t appear in court as often as I used to.

Chris: I feel like there’s been a run of serious questions (who’d have thought that?) so I shall end with something a little more lighthearted.

If you had to kill one person, and pin the blame on another, who would you choose?*

*You can’t kill people that say ‘can I get a…’ in coffee shops. We just wish them ill.

Neil: I don’t want to kill people who say, “can I get …..” in coffee shops. I just want to stamp on their feet really hard, just to jolt them from their oh so coolness.

Queue-jumpers are getting it though. The same as those people who tut behind me in the supermarket queue because all they’ve got is a bit of cheese and some milk and I’ve got a full basket, and I’m expected to step aside to let them go first. I’m sorry, but don’t they realise that if they didn’t tut and edge forward, maybe, just maybe, I’d volunteer my space. But no. Every tut and attempt to catch my eye makes me empty my basket a little more slowly. I might even puncture a hole in a packet, or rip off a barcode, so that someone has to go fetch another one. And yes, I will have a bag, and I’ll struggle to open it, so clumsy with my hands, tut tut, and laugh and roll my eyes at you as you slam the Next Customer Please divider on the belt.

Yeah, even if I don’t kill you, I hope your milk turns as you’re waiting….

Thanks you two – I think. Anyway onto the important stuff…

He hides in the shadows, watching, waiting, until the time is right . . .

Mary Kendricks, a smart, pretty, twenty-four-year-old teacher, has been brutally murdered and Robert Carter is accused of killing her.

When defence lawyer, Dan Grant inherits Carter’s case only weeks before the trial starts, everyone expects him just to babysit it, but Dan’s not that kind of lawyer. He’ll follow the evidence – wherever it takes him.

But as Dan and his investigator Jayne Brett look into the case, they discover that there is more to it than meets the eye. In order to do their jobs they need to push the limits of the system, even if it means putting themselves in danger.

Together they will get to the truth – whatever the cost . . .

Purchase From The Shadows.

Everyone loves Summer Ryan. A model student and musical prodigy, she’s a ray of light in the struggling small town of Grace, Alabama – especially compared to her troubled sister, Raine. Then Summer goes missing.

Grace is already simmering, and with this new tragedy the police have their hands full keeping the peace. Only Raine throws herself into the search, supported by a most unlikely ally.

But perhaps there was always more to Summer than met the eye . . .

Purchase All The Wicked Girls 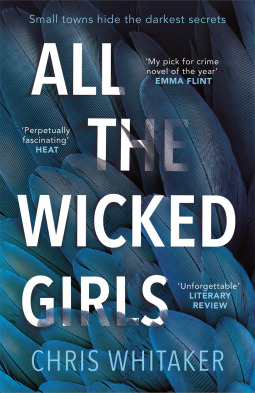 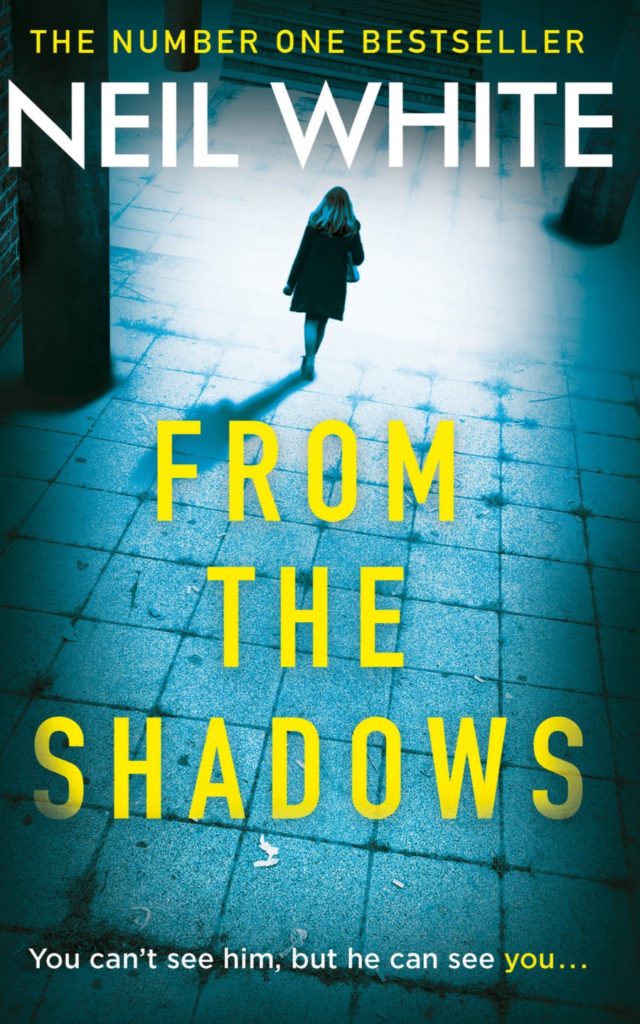