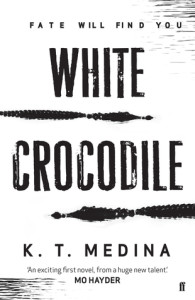 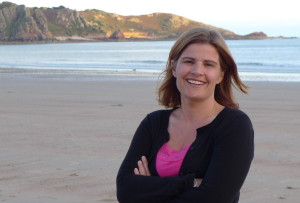 One of the best debut’s I have read this year so far is the thrilling and also somewhat educational “White Crocodile” from K T Medina – so I set out to find out a bit more and here is what she had to tell me.

Tell us a little bit about what made you decide to set the book in Cambodia, and how much research was involved versus how much you were already aware of the problems over there.

White Crocodile is very personal to me because the idea for the novel came out of my own experiences. I had the idea for White Crocodile while I was working for Jane’s Information Group, the world’s leading publisher of defence intelligence information, as Managing Editor, Land-Based Weapons. As part of that role, I spent a month working alongside professional mine clearers in Cambodia, to find out what information they needed to help them to clear land mines more quickly and safely in the field. I was privileged to be able to get to know both Western and Khmer clearers and to spend time talking with Khmers – adults and children – who had lost limbs to land mines. Cambodia has the highest rate of land mine amputees per head of population of any country in the world and Khmers believe that someone who has lost part of their body has also lost part of their mind, so it is devastating to be an amputee there.

When I returned to England, I had the very strong sense that I wanted to shine a light into what I found to be a heartbreaking corner of the world. The device of a page turning thriller that drew people into the story and characters whilst at the same time taking them into this world was, I felt, a great way to shine that light.

Despite Tess having had a difficult time, she is a very strong female protagonist – is she based on anyone in life?

The friends who have read White Crocodile say that they see a lot of me in Tess, and I suppose that, following the old adage of ‘write about what you know’, I would agree. I was definitely inspired by the experiences that I have had both in the Territorial Army and at Jane’s.

It made absolute sense for me to write a female protagonist because Tess faces a tough emotional journey in White Crocodile and I felt that, as a woman who has worked in stressful, male dominated environments, I would be able access her feelings and emotions in a way that I wouldn’t have been able to do if my protagonist was male.

There are some dark themes running through the narrative – spousal abuse for example – were there portions of it that were difficult to write?

I found a lot of White Crocodile very hard to write and there are chapters that, even now, when I read them again, make me teary! But my aim was to write a thriller that grabbed readers by the throat and by the heart, and that is what I have hopefully achieved with White Crocodile. I want readers to remember the novel and the issues it raises long after they have finished the last page.

Will you be returning to any of the characters from “White Crocodile” in future novels?

I loved living with Tess for the time I was writing White Crocodile, but she, and the other main characters in the novel, have been through so much that I think a sequel would be an anti-climax. I have written the first draft of my second novel, which also features a strong female protagonist with a military background, but that’s all I can say for now.

All Quiet on the Western Front, by Erich Maria Remarque. This novel, written in 1929, is set in the First World War, but written by a German, from the German perspective. It illustrates that the armies on both sides were made up of frightened young men who wanted nothing more than to be home with their loved ones, but who, on returning, felt detached from civilian life because of the horrors they had experienced. I have read this novel more than any other over the years.

Tea, Coffee or other?

Coffee first thing to wake me up, tea throughout the day and New Zealand or Aussie sauvignon to finish.

No 1 item on your bucket list (if you have one!)

I don’t have a bucket list, but if I did, it would be to backpack around the world again. Having young children means that holidays invariably end up being on a beach somewhere and I miss the immersion in other countries and cultures that backpacking with very little money encourages.

Being able to escape to different worlds in the company of interesting, complex, albeit fictional, people. With a busy household, I also love that writing is solitary – I cherish the hours that I get to spend alone with my characters in a silent, empty house!

When emotionally damaged mine-clearer Tess Hardy travels to Cambodia to find out the truth behind her ex-husband’s death, she doesn’t know much about the country or its beliefs.
On arrival, she finds that teenage mothers are going missing, while others are being found mutilated and murdered. As local superstitions breed fear, Tess is drawn into a web of lies that stretches from Cambodia to another murder in England, and a violent secret twenty years old.

An absolutely thrilling yet quietly emotional read can be found within the pages of “White Crocodile” a novel that, for me, gave new life to the thriller and mystery genre and at the same time gave me plenty to think about – although the thinking came later, while you are immersed into the pages you won’t look up for anything…

One of the best books I’ve read recently for putting you right on the spot, the sense of place is expressive, the living conditions, the people, the danger they face everyday – the beauty of the prose puts you right there with them every step of the way. Seen through the eyes of main protagonist Tess Hardy – a strong, intelligent yet haunted woman who travels to the country seeking answers about the death of her ex-husband, the subtle ways the author manages to get under your skin make the book memorable and intelligent – this one will stay with you for a long time.

Add to that the fact that the mystery element is well plotted and brilliantly flowing in a way that captures the imagination and keeps you gripped throughout, the supporting cast of characters are all as well drawn and integral to the story as Tess is herself and you really do have a most amazing read. There are some emotive and terrifying issues running through the narrative, all handled in an extremely realistic and sympathetic way and overall this is without doubt one of the best debuts of the year and deserves a lot of attention. I have no hesitation in highly recommending it to any reader, anywhere.