Please note this page is a Work In Progress as I re-read my Ellory collection.

A novel I first read many years ago, I came to “Ghostheart” with great anticipation. A good story well told is worth more than any amount of money and Mr Ellory never lets me down on that front. I had a vague remembrance of enjoying it muchly, and that was the case again now. In it we meet Annie O Neill, a single lady who drifts from day to day, opening her bookshop that people rarely visit and spending her evenings with her good neighbour Sullivan. Annie still feels the loss of her father, and believes there should be something more to life. One day an elderly gentleman arrives in her shop bringing with him an aged manuscript and the hope of some knowledge of her father…but what exactly are his intentions?

Cleverly paced, this book takes us between Annie’s reality and that of the story brought to her. As Annie reads about another life, another time, in her world things change and clarify..sometimes for the better and sometimes not. As she finds that life she so desperately seeks, still she has not found that one thing that will define her. Hey I know that feeling at the moment! This book asks the question – is it ALWAYS best to know the truth? Or is it more true that ignorance can be bliss….

I still find myself amazed at how the characters in Mr Ellory’s novels pop right off the page and into your life. Every time for me – Annie had a lot of the same personality traits that I recognise in myself and that made this read all the more poignant. But taking this novel just as it is – a story to take you into another world for a while – its nigh on perfect. Anyone who appreciates great writing, great characters, real sense of place and time and likes to be transported away from lifes little annoyances while they read should definitely pick this up. Or, for that matter, any of the other novels by this author. My favourite of which is still Candlemoth – next on my Ellory re-read list so a review will come soon. Happy Reading! 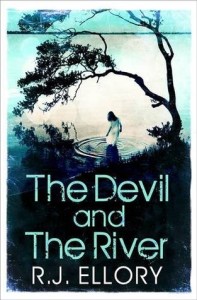 Having been a huge fan of Mr Ellory’s writing since the magnificent and still unbeaten (although only just!)  “Candlemoth” this is a book that I have been chomping at the bit for. Literally. It was in my diary. On my phone reminders. On my calender. Finally it arrived and I delayed reading it. For as long as I could – because once these novels are read, they are read…and lately I’ve been trying to control my chronic impatience on these things. I managed a few days. Then off I went. Was it worth the wait? Yes indeedy it was.

The story follows Sheriff Gaines as he investigates the murder of Nancy Denton. 20 years ago she disappeared from her home town, the town where Gaines is now Sheriff, presumed a runaway the case went cold. One day the river offers up her body – perfectly preserved – and so begins a journey back into the past. An emotional one for all.

Of course as usual, its the characters that are key here. Sheriff Gaines, a Vietnam war survivor has his own issues – ones that influence him as he takes this journey. His background, his feelings are as much a part of the solution to the mystery as anything else – and the emotional response I had to how he felt about war and life were key to my reading heart being right there with him while he is sorting out the truth from the lies. This is also a story about friendship and love – Nancy’s “circle” of friends, including the powerful Wade family are terrifically well written and well rounded characters, every one of them with their own influences to bring. The final solution may surprise you, it may not but by the time you get there it won’t matter. Its why I love Mr Ellory’s books – its the people you care about – where they end up, whether they can find happiness, what they become. The mystery element is always very much secondary to the people involved in it. Always within the pages there is someone I can relate to – in this case Nancy’s best friend – and that folks, is the key to a darn good book. Give this a go – if its the first Ellory for you its a great one to start with. If not, this is a great addition and you won’t be disappointed. 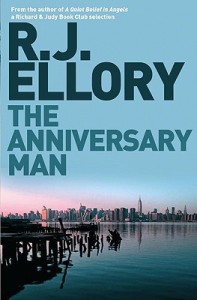 Many years ago, John Costello survived a horrific attack by the serial killer known as the “Hammer of God”. Fast forward to present day New York, and John is working as a researcher for a newspaper. Ray Irving is a New York cop, a bit of a loner, who has suffered the loss of a loved one. He is called out to a murder scene. This sets the stage for a tale of two men, not dissimilar, more in common than not, and their hunt for a killer some think don’t exist. Mr Ellory’s novels are a joy to read – the depth of character and the emotive scene setting never fail to immerse you in the scenario’s he creates and it is no different here. Obviously well researched, references to “real life” serial killers are embedded in the story and give it an authenticity all of its own. Some reviewers seem perturbed by the ultimate resolution – the “reveal” if you like. It depends – if you are looking for the “shock” factor the “Oh I NEVER thought that was it” type ending then to be fair, yes you may be disappointed. Or not. Whilst there are plenty of twists and puzzles along the way, for me, it ultimately mattered not who the killer was, or even his/her motivation – this book was a definite character piece. It was about John Costello and how he has created a persona for himself to cope with the trauma he suffered. It was about Ray Irving and what drives him to chase the darker side of humanity. It also speaks to serial killing and the very real investigative problems this type of crime can bring. It will make you pause for thought. I loved it.

I’m not sure I can find the words to do this justice but I’ll have a good go. “The Killer” is the third part in the “Three Days in Chicagoland” trilogy of shorts, “The Sister” and “The Cop” making up the first two parts of the whole – I’m not going to review all three, for me they are as one. Told from various points of view, the sister of the victim, the cop who investigates, and the killer, this tells the story of the murder of a young woman in 1950’s America. Atmospheric and emotive, this authors ability to totally absorb you into the place and time of a story is on superb form here, I felt the story just as much as I read it. Yes there is a mystery element to the tale which will please and enthrall all lovers of the crime/mystery genre, but it is so much more than that – a study in the effects of trauma on both victims, relatives and those tasked with finding the truth, the emotions on display here are tangible and heart wrenching. Add to that an unexpected and almost perfect ending, and this is one of those stories that will stay with you when you are done. Don’t let this one pass you by.

If you have not read RJ Ellory before, then reading the “blurb” for this book, you might be expecting a fairly standard “serial killer thriller”. If you are a “constant reader” then you will know that, despite the title, there is probably going to be nothing simple about it. Several women have been murdered in Washington – beaten then strangled to death, a smell of lavender lingers and they all have a ribbon and tag on their bodies. Initially being dealt with by several investigators, the next victim of “The Ribbon Killer”, Catherine Sheridan brings Robert Miller onto the scene…in fairly short order, he is in charge of the overall investigation into all the deaths. Nothing is quite as it seems – and there I will stop discussing the plot because, trust me, you want to be discovering the truth right there along with Miller. As is usual for Mr Ellory’s books, several characters resonated with me. Millar is interesting to say the least, and his interactions with another terrific character, John Robey, make for scintillating reading. I am never disappointed by this author – ever since I picked up “Candlemoth” which remains, and probably always will remain, my favourite book of his, I have come to each new read with a great sense of anticipation and he always delivers. I loved this book – at its heart it is about the lengths that any of us might go to achieve something we believe in, and how the world may judge us when we do so. Simply brilliant.