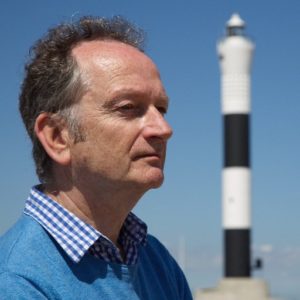 Next victim/participant/very brave person featuring in 20 Questions is the rather lovely Simon Booker (who really made an EXCELLENT if rather bossy quiz master at the Killer Women Festival this last weekend – more on that another day) author of the rather gripping Without A Trace.

Thanks Simon for taking part.

So, Without Trace is your debut novel (and a bloody good read it is too) – we’ll start with a book question so just tell us a little about it…

Thank you. I’m so glad you liked it. WITHOUT TRACE is the first in a series of psychological thrillers. The book introduces Morgan Vine, a single mother and investigative journalist who’s obsessed with miscarriages of justice because of traumatic events in her childhood. Her first love, Danny Kilcannon, has been convicted of murdering his stepdaughter. Convinced he’s innocent, Morgan campaigns for his release from prison. She succeeds. He’s exonerated and released. But Morgan’s own 18 year-old daughter then goes missing under mysterious circumstances, with the finger of suspicion pointing firmly in Danny’s direction… Morgan sets out to find her daughter and discover the truth about Danny. Is he the innocent she believes him to be, or a ruthless killer…?

Lets say you’ve just murdered someone (don’t worry they ABSOLUTELY deserved it) You can’t get rid of the body because the car won’t start. Or something. THERE IS ALWAYS SOMETHING. Who do you call for help and why them?

I’d call you because you’ve read so many crime novels and must know all there is to know about disposal of inconvenient corpses.

When you started writing what made you go the criminal route – were you tempted by some other genre first or was it always crime for you?

I’ve been writing crimey stuff for TV for many years – Mrs Bradley Mysteries, Inspector Lynley Mysteries etc – and seem to have a knack for coming up with twisty-turny plots.

Do you regret it now? The crime crowd are quite a bunch! (A lovely deliciously funny bunch but QUITE a bunch)

The old cliché is that crime writers are the nicest group of writers because we kill off people we don’t like ‘on the page’. Like all clichés, it contains a grain of truth. Romance writers are said to be the most difficult…

So we’ve rocked up to a fair few bookish events together at different times – do you ever think “Oh God what again?” or have you loved every one of them (This is just between us you understand. You can say if anyone had an utterly boring book launch…)

It’s like a family. Very collegiate and good fun. But I can only cope with a certain amount of socialising (and drinking) before I have to go and lie in a darkened room.

Depends on my mood. Parmesan is hard to beat because it generally accompanies a delicious plate of pasta.

The desert Island question. Who would you most like to be stuck on a desert island with? You can have 4 but remember you may be there for a while. And possibly have to live with them for a LONG time. This assumes close family are already with you so not them.

If you find £500 in a wallet that has no identification that would allow you to return it to the owner would you keep it or hand it in to the police?

I couldn’t keep it for myself but if I didn’t think the police would find the owner, I would donate the money to charity. Perhaps a home for retired crime writers…

If something annoys you does everybody know it or are you good at hiding your irritation?

I think people can read me pretty easily.

Are you writing something new right now? Can you tell us anything about it?

If you and all your Twenty7 friends were thrown into The Hunger Games who would emerge victorious?

Ayisha Malik, author of Sofia Khan is Not Obliged. Twenty7 rule number one: don’t mess with The Malik.

Writing habits – do you have any? Good or bad or both…

I write best in the morning. No music, no coffee shops, just bum on seat in my study. Oh, and a siesta after lunch. Let’s face it, we’re all useless for at least an hour in the afternoon. I don’t fight it, I just have a kip then do some more work until Jon Snow appears on Channel Four News (see above).

Last book you read and did you enjoy it?

I find it hard to read about crime while writing about crime. I’m currently reading non-fiction: THE GIRL WITH SEVEN NAMES by Hyeonseo Lee, a defector from North Korea. It’s a fascinating insight into life in that bizarre and cruel country.

How do you feel about chips – fried, baked, NO CHIPS EVER I’m too healthy?

What kind of question is that? Fried, obviously. And the best chips EVER are at a restaurant in Deal, Kent – the Frog and Scott. One for the bucket list. (I’m serious.)

My kitten, Minou. Oh, you mean, alcohol? Again, depends on mood. Sometimes a cold beer is hard to beat, other times a glass of good red wine, or a cup of tea. (Yorkshire Gold.)

If you could be anything at all apart from a writer what would you be?

A (successful) singer. I can’t sing for toffee but how great would it be to sing your way around the world, entertaining people and basking in their applause.

Barack Obama. What a mensch. I’ll be heartbroken when he goes – even more so if The Orange Idiot takes his place.

I loved Sherlock Holmes as a kid. Also Holly Golightly – but for slightly different reasons…

One thing that drives you crazy…

Builders’ radios blaring in the street while I’m trying to write.

How could anyone hate Liz?

For four long years, journalist Morgan Vine has campaigned for the release of her childhood sweetheart Danny Kilcannon – convicted, on dubious evidence, of murdering his 14 year-old stepdaughter.

When a key witness recants, Danny is released from prison. With nowhere else to go, he relies on single mum Morgan and her teenage daughter, Lissa.

But then Lissa goes missing.

With her own child now at risk, Morgan must re-think all she knows about her old flame – ‘the one that got away’. As the media storm around the mysterious disappearance intensifies and shocking revelations emerge, she is forced to confront the ultimate question: who can we trust…?

To Purchase Without A Trace clickety click right HERE 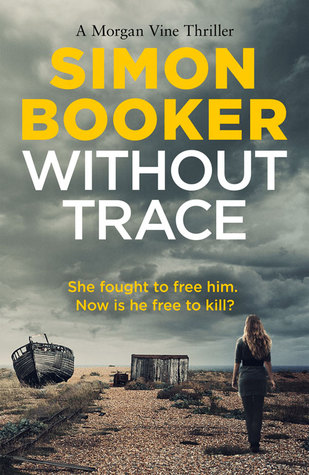