Today I have some information for you on the Killer Reads un-agented submissions – a brilliant opportunity for aspiring writers – will you be the next Killer Read?

* Lucy Dauman, who will be acquiring authors for the KillerReads list, shares her top tips for aspiring writers here: http://www.killerreads.com/writing-dos-and-donts/

* Killer Reads landed their first Sunday Times bestseller with After Anna, by Alex Lake. Already a No. 1 ebook bestseller, After Anna stormed into the physical chart in early December 2015. 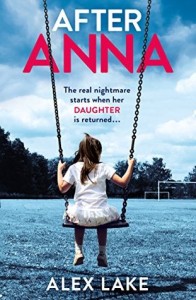 * Acquired by editor Kate Stephenson as a Killer Reads digital-first title in March 2015, After Anna is a chilling psychological thriller that deals with the kidnapping of a young girl, but in a unique way – After Anna asks the question: what if the real nightmare starts when the child is returned? The ebook published on 31 July and has sold 75K copies to date. Given its success in ebook (both in terms of sales and the wealth of amazing reviews online), HarperFiction transitioned it to paperback. Following its first full week on sale has hit the paperback charts at No.8.

* Kate Stephenson says: ‘It has been fantastic working with Alex on After Anna. The book has been an absolute gift to publish – and it shows what can be achieved with the digital-first model. Killer Reads is about identifying new talent, and being agile enough to respond quickly to market trends. Being part of HarperCollins means that we have the ability to transition swiftly to print when the demand is there.’

If you fancy trying a Killer Read I have 5 copies of Someone Out There by to giveaway courtesy of Killer Reads. To be in with a chance of one simply comment here or tweet @Lizzy11268 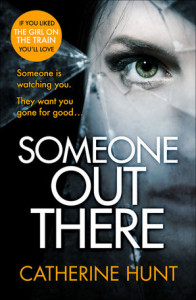 Top divorce lawyer, Laura Maxwell, appears to have it all – perfect career, perfect husband, perfect life. But how well do you really know the people around you? All it takes is one tiny crack to shatter the whole façade.

A series of accidents leads Laura to believe that someone out there is deliberately trying to harm her. The fear starts to pervade every part of her life, affecting her work and her marriage. Increasingly, she feels that no one believes her story, and she must face down her attacker alone. One woman, fighting to survive in a nightmare world.