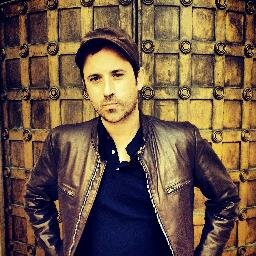 So thanks to Kate and Bob of Killer Reads fame I was one of the lucky few to read this early – tomorrow will see it being released on the general population and it really is a most amazing read, one of the best Post Apocalyptic books I have read and I highly recommend that you get yourself a copy as soon as you can hit the bookstore. I asked Josh some questions about the book and other stuff and here is what he had to tell me.

Tell us a little about how the story started to come together for you?

Essentially, Bird Box is about facing infinity. You know how they say a man will go mad if he meets himself, sees the face of God, stands where space ends, goes back to the moment when time began? Well, that infinty is outside the house Malorie and the others are stuck in. It makes the decision to go outside a big to-do. The thing outside the house is beyond the ceiling of the housemates’ minds.

It’s difficult to say where the story came from or how it came about. I write a lot and I feel tremendously guilty when I don’t. So when I’d finished the novel previous to Bird Box, I waited a few weeks and got started on another. At first, all I had was an image of a woman, traveling down a river blindfolded. I loved that idea. And the story, encountering infinity, quickly ballooned from there.
I love that the main protagonist is a strong female lead – was it hard to write from that perspective?

Yeah. I think it was hard! But at the same time, because she was pregnant, I think I related to her more than if she wasn’t. Not because I’ve been pregnant (not yet!) but because it put her in a patient place in this new world. I liked standing there with her. It kind of forced her and I to observe the scenes a little longer, take a little longer getting up a flight of stairs, a little longer to walk down the hall. There was definitely a difference between experiencing Malorie while she was pregnant (in the house) and when she wasn’t (on the river.) She felt lighter, freer, on the river, but at the same time, she was blindfolded and stuck in a rowboat the whole time. Come to think of it, she really went through a lot! But as goes the man/woman thing, writing the part of a woman, she came pretty naturally to me. I think her and I would’ve made very good friends. In fact, I’d even say we did.

Are there any particular Post Apocalyptic tales that inspired it and are you a fan of such stories generally?

I don’t think of Bird Box as an apocalyptic yarn. For me, it falls squarely in horror. When I think apocalypse, I see an ashen sky, ruins, dying trees, poisoned water, disease. Bird Box takes place in a regular old suburb. The world is certainly in trouble, but I don’t think it’s “end times.” It’s too small a story for me to call it “apocalyptic.” It’s all a matter of not opening the front door, not facing infinity, which has more to do with what a man or woman can comprehend, rather than the world crumbling because of something someone in a position of power unleashed.
Can you tell us if there will be more tales from this world?

Ooh. That’s a hard one. I’m interested. Why not? I’d like to know what happened in some other houses. And sometimes, at random points in the day, I’ll find myself wondering how Malorie is doing, how are the kids, do they need me? If they do, maybe I’ll come.
“Guilty Pleasure” read?

I have been on a strict horror diet for so long I’m surprised I don’t look like Freddy Kreuger. One thing I can’t stop reading are the numerous books about the history of horror cinema. Even when they tell the same stories, book to book, over and over. I’m like, “Ooh, I can’t wait to see who gets to direct Rosemary’s Baby” even though I know damn well who directed it!
E-reader or Physical book?

100% physical. I love to hold ’em. And the curves of the pages are sexy.
Favourite thing to do when procrastinating.

I pace. Or I tell myself I need to go buy the newspaper. Or I check sports scores. But mostly I just feel guilty for putting anything off, so either I’m working or feeling guilty for not.
Coffee or Tea? Or other…

Most people ignored the outrageous reports on the news. But they became too frequent, they became too real. And soon, they began happening down the street.  Then the Internet died. The television and radio went silent.The phones stopped ringing. And we couldn’t look outside anymore.

So thanks to Kate and Bob (known to her friends as Katie) this novel arrived on my doorstep on Friday – all I knew about it was what I have put for you above. Anyway, loving post apocalyptic fiction as I do, I added it to my next reading batch and on Saturday off I went. And then I didnt stop. Literally – the book held me in its thrall for the entire day. Various attempts to put it down and do something else for a while ended in failure. Yes, its that good.

Now I strongly advise that this is all you attempt to find out before you begin reading, basic plot is all you will get from me, and that is the absolute best way to come at this one.

We follow Malorie, responsible for her two children, who have been born into a dangerous world, as she attempts to bring them up and keep them safe. Food, water, sleep, none of this comes easy. And she is on her own…

Its hard to describe the atmosphere if you like of this one. It sucks you into the vortex of a completely different way of living – one that is barely imagineable as I sit here typing away in a world full of light and people and hey, internet access. And yet somehow the author, with no effort it seems, makes it all too real. Malorie is a compelling character, and as we learn a little more about the events leading up to where she is now, you will feel what she feels and will travel along the way with her.

Yes Josh Malerman has managed to do something a bit  new with the genre – no easy task. And the perfection of the writing means you feel slightly off balance while reading this – its creepy. It really is. And so addictive – I simply had to know. From beginning to end completely and utterly fascinating, obsessive and sublime. Loved it. Can you tell?