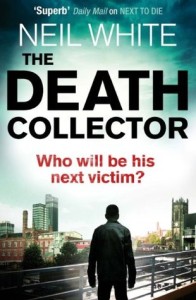 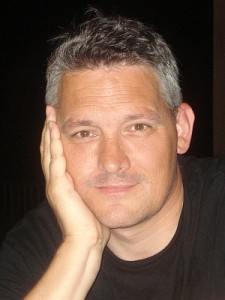 So kicking off the new “Criminal Minds” feature which will run occasionally on the blog and involve many great Crime and Thriller authors, is Neil White – one of my favourite crime writers and recently I threw a few questions at him. Seriously, the man practically interviews himself. Here is what he had to say..

First of all, new book coming out soon – tell us a little bit about it and the inspiration behind the Parker brothers and for this particular instalment.

My next paperback, The Death Collector, is out in July, and it tells the story of a young man who protests his innocence from behind bars and a man who preys on married women so that he can control them, but won’t ever let them leave.

The inspiration for the Parker Brothers really goes back to the first five books I had published, because in those I had two lead characters, a crime reporter called Jack Garrett and a detective called Laura McGanity, and what I felt worked about them was the conflict. They were romantically-involved, but Jack the reporter wanted to know about Laura’s cases, and Laura wanted to keep Jack out of them. I liked the push and the pull between them.

It was a pure fluke. My initial intention was to write a book about a reporter, but as I wrote it, Laura McGanity came into it more, and I realised that I liked the way they rubbed against each other, if you can excuse the potential double entendre.

When I decided to write a new series, as a criminal lawyer of twenty years, I wanted to give it more of a legal background. Not courtroom dramas but thrillers with a legal theme.

I had avoided legal thrillers when I started writing because I found myself becoming more obsessed with accurate detail rather than the story, trying to explain the reality of working in the legal system. I found that my desire to explain the detail, so that a lawyer would recognise the scene, got in the way of the story, so I wrote from a reporter’s perspective instead. All the fun of the crime but less of the procedural hang-ups. Now I’m more experienced as a writer, I feel more equipped for spotting where detail is obscuring the plot.

Having decided to write thrillers with more of a legal background, I wanted to keep the conflict between the two main characters, and I hit upon the idea of having two brothers, with one a defence lawyer and one a police officer. That creates natural conflict, and I wanted to use that in the books.

The inspiration for the Death Collector was actually a song by The Jam, the b-side to Strange Town called The Butterfly Collector, with some lines I loved, like:

“And I don’t care about morals

‘Cause the world’s insane

And we’re all to blame anyway”

The song is actually about a well-known punk figure, not a musician, who tried to tag onto The Jam entourage when the Sex Pistols packed in, and is about how some people try to live off others, but I liked the notion of collecting people, albeit not in a murderous way. After many meandering thoughts, the plot ended up as being a man who wants to collect women by making them emotionally dependent on him. When they wanted to leave him, however, well, you can guess how that goes from the title.

My initial thought for the title was No One Leaves, which is a bigger give away, but my editor and I decided that it had a dual meaning, sort of, because of the visual image of leaves. But the working title No One Leaves is a hint as to the plot.

In the real world you work as a lawyer- something I’ve always wanted to know, those dramatic type scenes you see on the television and in films (I won’t ask you about Broadchurch!) – is it ever like that or mostly calm and collected?

The honest answer is that it can occasionally be very dramatic, but often routine. It is not unrealistic to have a dramatic legal thriller, because of course those would be the stories worth telling. The argument for a character like Rumpole would be that his cases aren’t always dramatic but he only ever tells you about the dramatic ones.

Some cases can become dramatic because they take an unusual turn, or things happen behind the scenes that changes things. There can be problems getting some cases to court because of the nature of the defendants, with people scared to give evidence, or sometimes the stakes can be high.

I can remember doing once an overnight remand court in Blackburn, where a group of students were trouped into court to watch. They stayed there for around an hour or so. The hour preceding their arrival had been dull, mainly low level crimes and procedural issues. They arrived and suddenly the good cases came up. I can’t remember what they were now, but I do recall there was a long bail fight over something serious, and there might even have been a murder or something (which in the Magistrates Court is a very quick procedural hearing to send to the Crown Court with no bail hearing, but the court is usually packed with relatives and emotion). Once they left, we got back to the humdrum. It was a pure fluke, but they must have thought I had the most exciting job in the world!

Despite being involved in criminal law, I’ve never lost my enjoyment of it. I’m still as horrified and amazed by the things people do, as well as being occasionally amused by their sheer stupidity.

I do have a thing about accuracy though. I don’t have a problem if something “could” happen like how it’s portrayed, even if it probably wouldn’t. All too often, however, things are shown that are legal impossibilities, or just plain wrong. Why? Because it’s good drama? Legal proceedings have the capacity to be dramatic and there is no need to add elements to them to make them more so; just find a different way of telling the story.

You have two careers. Do you see yourself as a lawyer with a sideline, or a writer with a dayjob?

It does feel strange sometimes. My lawyer job is down to just three days a week now, and certainly writing provides the major part of my income and consumes the most part of my time. Despite this, if we met at a party and you asked me what I did, I would probably say I’m a lawyer.

The reason for that, I suppose, is that I went to college to be a lawyer and trained to be a lawyer. Writing was just some pipedream I had, some dream that I’d be able to pull it off, and to describe it as a job demeans it, because it is something that I love doing. I enjoy being a lawyer, but it is very much a job, about paying the bills, something that I walk away from at five o’clock and that I won’t think about when I retire. Writing, however, is something I do because I want to, and want to carry on doing.

So yes, I’m a lawyer by profession, but I have a side to my life that provides me with immense satisfaction that isn’t just about paying the bills.

When it comes to your own reading, do you stick mostly with Crime or do you prefer something different?

I do tend to stick to crime, although I enjoy true crime as well. I’ll sometimes read a travel book, or a biography, but my default is crime fiction.

I’m a bit of a lazy reader. I read in the same way I watch films.

If I watch a film, I like the lights off, headphones on, and for the film to draw me into the story. I’m the same with books. I don’t want to have to work at it, to plough through some heavy literary tome. No, just give me a book that just turns the pages on its own, where I look up and a few hours have gone by and I’m on page 200.

Favourite fictional character (from any novel)?

There are so many to choose from, but I’m going to go with Lisbeth Salander, because what I recall from The Girl with the Dragon Tattoo is that I wanted more of the girl with the dragon tattoo, which is a good sign that I’ve engaged with the character. Also, Mickey Haller, the Lincoln Lawyer, because he’s the lawyer I wish I was.

On the whole, I don’t tend to follow characters. I’ll buy books by authors I like or because I like the sound of the book. I wouldn’t, for example, be counting the days to the next Rebus book, but I would buy one if I saw one because I like Ian Rankin, if that makes any sense. Similarly, I would buy a James Lee Burke regardless of whether or not it was a Dave Robicheux book. For me, it’s about enjoying the author’s ability to tell a story rather than following a particular character.

Best book you have read this year so far?

Oh man, that’s a tough one. I’m going to say The Girl on the Train, because I thought it lived up to the hype.

Thanks Neil. The Domino Killer – the latest Parker Brothers instalment is out later this year: 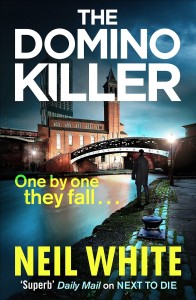 When a series of shocking and seemingly random murders shocks Manchester, criminal lawyer Joe Parker and his police detective brother, Sam, must work together to solve the case. And before they know it, they’re in way over their heads…

The first book in the series is available now: 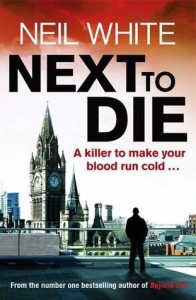 Neil will be back on the blog alongside Nick Quantrill for another Criminal Minds feature soon – don’t miss that one!

One Response to Criminal Minds with Neil White – Interview.