Danny Rhodes and a novel born of the dark hours. 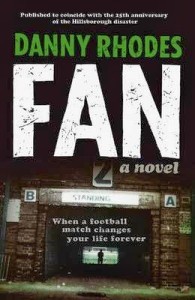 I am really pleased to welcome Danny to the blog today, an impromptu post after one of those late night Twitter conversations us bookish people are prone to – Fan is a must read and if you missed it last year maybe this will encourage you to take a look. In an expansion on a piece originally written in June 2014 for my good blogger friend Janet’s blog ( https://fromfirstpagetolast.wordpress.com/  – visit here for more terrific bookish news and views) Danny talks about writing and more specifically writing Fan and how that was different. A fascinating insight. You can also find a copy of my original review and some helpful linky links. 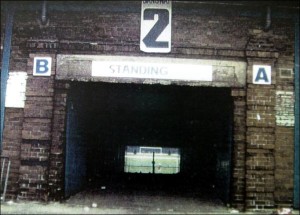 A novel born of the dark hours (a follow up)

When I run writer workshops I often get asked the same question from new writers who are struggling to write their first novel (and complete it).

How do we find time to write whilst working a job?

The advice I’ve tended to hand out is to write in the mornings, before work, whilst you’re fresh, before the day grabs hold of you, before tiredness and stress and responsibility have the chance to bite. Get up an hour early. Prepare your preferred brew. Plant yourself in front of your word processor and write five hundred words, or four hundred or two hundred or fifty. DO NOT connect to the internet. You’ll find the day is more pleasant as a result. You won’t have that nagging voice at your ear reminding you that you have to write when you get home. You’ll be satisfied you’ve made a forward step and you’ll be ready to write again the next morning. What’s more, because you’ve had to leave for work it’s probable you’ve left your writing with some things left unsaid.

This is great. This fits Hemingway’s advice to stop when you are going good and when you know what will happen next.

You’ll be able to visit the machine the next morning and carry on where you left off.

In a year you’ll have a solid draft of your novel written. In two years, if you’re determined, you’ll have a completed manuscript. Then you can start the business of polishing it until it’s as perfect as you can possibly make it (my favourite part of the process).

When all that’s done you can begin trying to find a publisher for it.

FAN was written at night.

FAN was written when the lights were out, just the glow from the monitor (terrible for the eyes), the repeated music of a handful of artists on the headphones, Jack Daniel’s on the desk, a pile of Nottingham Forest programmes by my side and an unlimited, untethered access to the internet, to YouTube highlights of long lost matches, to memories that flickered like the computer screen, giving some things, taking some things away.

For two and a half years.

I’m not exaggerating when I talk of an emotional journey, of the unexpected impact of memory and nostalgia, of getting in touch with long lost friends and acquaintances from 20 plus years ago, of discovering personal accounts of Hillsborough and Heysel and Bradford, of learning of the history preceding these disasters, of the Taylor Report and the Popplewell Report, of sitting and reading and writing and thinking ‘it’s gone midnight, it’s gone one am, it’s approaching two am, I need to get to bed. I need to get to bed’…

Four or five hours sleep is no way to prepare for a day of teaching. Classes of fifteen year olds don’t have much sympathy for teachers with their eyes glued shut and a headache.

Another writer bemoaning their fate?

Writing FAN was a compulsion.

I had no choice but to write it.

And for those who don’t like the swearing I apologise but the unflinching anger, the utter desperation, the unrelenting voice that visited me in those dark hours, night after night demanded the story be told that way.

And that’s why the last twelve months have presented another problem, an unforeseen one. How does a writer go back to producing work when that level of intensity is not offering itself, when the voice that did all of the work isn’t visiting any longer?

It’s taken a while for me to find an answer to that question, but I think I’m getting there. It involves the same determination and belief a new writer needs when they’re starting out. It involves the same structured process of sitting at the word processor and getting the words down, of knocking the next voice awake even when it may seem unresponsive and uninterested in the story you want to tell.

Because we’re in the same boat. All of us writers. We start with a blank page and have to fill it. It doesn’t matter how many books we’ve finished or if we haven’t finished one at all. The only difference is that once we’ve finished one we’re slightly more confident we might be able to finish another. Slightly. There’s no guarantee and nobody is waiting for that book to appear. One quick trip to any book shop soon knocks such a belief out of us. Those places are full of the things!

We’ve come full circle. We’re back where we started. We have nothing but the constant nagging voice in our heads.

It never, ever goes away.

In 1989, eighteen-year-old John Finch spends his Saturdays following Nottingham Forest up and down the country and the rest of the week trudging the streets of his hometown as a postal worker. His blossoming relationship with girlfriend Jen is his only other respite. In 2004 he spends his days teaching in a southern secondary school while delaying the inevitable onslaught of parenthood. Leading inexorably towards the FA Cup semi-final at Hillsborough, and the worst sporting disaster in British history, this book glides between 1989 and 2004, when the true impact of this tragic day becomes evident. Fan is a book about personal and collective tragedy. It’s about growing up and not growing up, about manhood and about what makes a man, and about football’s role in reflecting a society never more than a brick’s throw away from shattering point. Dark, haunting and deeply personal, Danny Rhodes’ heart-felt novel explodes with gut-wrenching emotion and exposes how disaster can not only affect a life, but change its course forever. Danny Rhodes was at Hillsborough on 15 April 1989. #The96

An amazing read. This is the first thing that definitely needs saying. Without a doubt one of the best books I have ever read for impassioned impact, beauty of writing, absolute authenticity and pure emotional resonance.

This is not a book about Football, although the game is at the heart of it. Don’t make the mistake of putting this aside because you think that is all you will get. This is a book about the heart and soul of a person, within a community, around family and how one incident, horrific, unimaginable, can change everything you thought you were or knew.

Hillsborough. The 96. 15th April 1989. This date, those phrases, they are imbedded in the heart of the UK. I remember it. I was young, I watched events unfold in the media, I have peripherally watched over the years as the legal cases unfold and the families desperately search for the whole truth. It is dreadful, unbelievable, heart wrenching and still unfinished. This book, this story, fiction perhaps but still absolute truth, will get you like a shot through the heart. Never before have I read a novel that elicited as much emotion in me as this one did, or one that told me absolutely, the genuine impact that day had on so many lives. Not just those who lost, those who were injured, those who were caught up right at the heart of it. But those who watched, unable to stop it, unable to prevent even one part of it. Absolutely brilliant writing. Stunning.

What else is there to say? I can’t tell you much of John’s story that would defeat the object. You must read it for yourself. Don’t hesitate. Danny Rhodes has created something here that I’m sure was an emotional journey for him, I cannot even begin to imagine how hard it might have been. Some writers just put life right there on the page. Mr Rhodes is one of them.

As Highly Recommended as Matt Haig’s The Humans. Anyone who follows my reviews will know exactly what that means. You won’t read a book quite like it again.

Huge thanks to  Danny and to Janet.