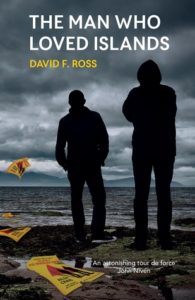 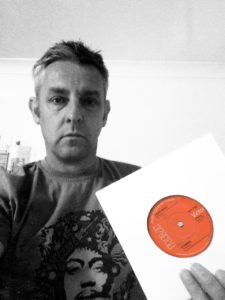 Rather than pick my favourite 10 songs (because that, as any real music obsessive knows, would change every day) I decided to go with ten that I wouldn’t ever get tired of; that I continually return to. So here goes, in playlist order:

For most of his adult life, my dad worked in the vast network of tunnels that ran under the Glasgow Central railway station. My mum worked in a secretarial office at the back of the hotel overlooking the concourse. They met at a Railwayman’s Dance in the Hotel’s function room on Hogmanay 1960. He was 25; she was 20. They got engaged a year later. Before she died in 1972, I visited her at work on a few occasions and I still recall the labyrinthine nature of the corridors and routes in the building that led to her office and that expansive view of all those Lowry-like people moving purposefully around the station. One of my last memories I have of her is of watching her dancing at her desk as ‘I Want You Back’ played on a tiny transistor radio. For those associative reasons – and the fact that it’s simply a phenomenal record – my first choice is ‘I Want You Back’ by The Jackson 5.

Paul Weller captured much of that humdrum, everyday boredom of teenage life in Thatcher’s Britain in The Jam songs of the late 70s and early 80s. The pinnacle of this is ‘That’s Entertainment’: a song he claims was written in ten minutes after coming home pissed from the pub. It’s a brilliant evocation of those times, and I can identify absolutely with every line. I only hope I can write something which means half as much to other people as this song means to me. I’ll retire happy if I do.

The second book in the Trilogy – The Rise & Fall of the Miraculous Vespas – is about a Scottish indie band and is set in the early 80s. The Pale Fountains – Michael Head’s first group – would’ve been their contemporaries. When I asked my friend Bobby Bluebell if he might write a new song for my fictional band, to feature in the book itself, the only brief I could give him was for it to feel like ‘Thank You’; a song by Michael that captured my imagination over thirty years ago and has never quite let go since. This is from one of my favourite LPs, ‘The Magical World of the Strands’.

Music has changed so much since the days of the Ramones, The Clash, The Pistols etc and not necessarily for the better. It’s virtually inconceivable that a young, enterprising band from a less than privileged background would succeed on their own terms at a national level yet back in the 80s, they were everywhere. One exception to this is the Arctic Monkeys. They are one of my favourite bands in music today. Alex Turner’s lyrics are just brilliant.

My fourth song choice is ‘Suck It And See’ almost solely for the line ‘You’re rarer than a can of Dandelion & Burdock, but those other girls are just Postmix lemonade.’

My fifth song choice is a brilliant recording of ‘Don’t Look Back’ by the great Bettye Swann. This effortless version is the rehearsal demo with Betty and just a guitar accompanying her. It’s absolutely spine-tingling. One of the greatest female singers of all-time.

Jonathan Richman is a pioneer. If you listen to The Modern Lovers LP, the band sound fresher than The Strokes, yet it was recorded before they were born. He is to New Wave what Iggy Pop is to punk.

Maybe more than any other, this beautifully brief song sums up the songwriting genius of Morrissey and Marr. There’s a famous story of it being played to Rough Trade company executives and them repeatedly asking ‘Where’s the rest of it?’ But there’s really nothing you could add – or take away – from this song to make it any more perfect. It’s like the Mona Lisa. Beguiling, intriguing and absolutely timeless.

My seventh song is ‘Ice Hockey Hair’ by the Super Furry Animals (but it must be the long version). The Super Furry Animals are one of my favourite bands of all time. Gruff Rhys is criminally underrated as a songwriter, and if I was to describe him to anyone I’d said he was Lennon AND McCartney. I was trying to think of what might connect these ten songs, even if it was subliminal, and I think their connection lies in a sort of yearning optimism. I suppose I’m just an optimistic dreamer, which – for an architect/writer – isn’t a bad place to find myself.

If you’ve never taken drugs and wanted to know what it might be like, this is as close as you’d get without injecting, ingesting or imbibing. An experimental masterpiece.

On the 9th January 2016, I was approached to write a live review of the new Blackstar LP. It was a strange vibe that I got from that first listen. I couldn’t quite put my finger on it, and then two days later he was dead. The messages were right there in the lyrics and I – and many others – hadn’t appreciated exactly what he was saying. He’s the most imaginative and influential artist in music history and there most certainly won’t be anyone like him again. I absolutely love what he said about ‘Life On Mars’:

“The song was so easy. Being young was easy. A really beautiful day in the park, sitting on the steps of the bandstand. ‘Sailors bap-bap-bap-bap-baaa-bap.’ An anomic heroine. Middle-class ecstasy. I took a walk to Beckenham High Street to catch a bus to Lewisham to buy some shoes and shirts but couldn’t get the riff out of my head. Jumped off two stops into the ride and more or less loped back to the house up on Southend Road.

I started working it out on the piano and had the whole lyric and melody finished by late afternoon. Nice.’

One of the greatest – if not THE greatest – songs in the English language, knocked off in an afternoon between trips to the shops. Genius.

Link to the songs: https://open.spotify.com/user/dross-gb/playlist/6z6bVkjyJ5Ve2xCwnfOZuz

In the early 80s, Bobby Cassidy and Joey Miller were inseparable; childhood friends and fledgling business associates. Now, both are depressed and lonely, and they haven’t spoken to each other in more than 10 years. A bizarre opportunity to honor the memory of someone close to both of them presents itself, if only they can forgive and forget. With the help of the deluded Max Mojo and the faithful Hamish May, can they pull off the impossible, and reunite the legendary Ayrshire band, The Miraculous Vespas, for a one-off Music Festival—The Big Bang—on a remote, uninhabited Scottish island?

Purchase The Man Who Loved Islands 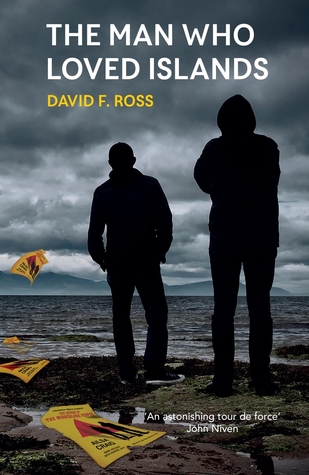 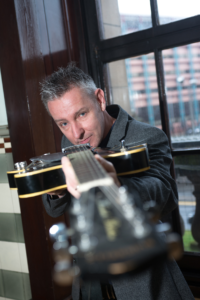