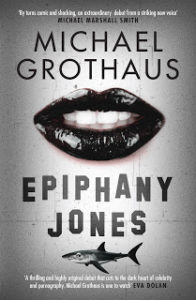 Jerry has a traumatic past that leaves him subject to psychotic hallucinations and depressive episodes. When he stands accused of stealing a priceless Van Gogh painting, he goes underground, where he develops an unwilling relationship with a woman who believes that the voices she hears are from God. Involuntarily entangled in the illicit world of sex-trafficking amongst the Hollywood elite, and on a mission to find redemption for a haunting series of events from the past, Jerry is thrust into a genuinely shocking and outrageously funny quest to uncover the truth and atone for historical sins.

Well. What to say about Epiphany Jones.

First of all you should be warned that Michael Grothaus threw all the rules out of the window when writing this novel. I do like a rebel, someone who is not afraid to push boundaries and just tells a story. A dark yet often laugh out loud  humerous story.  It is vivid, irrational, punchy, intense and gut wrenching. And beautiful, insane, creatively stunning and has a touch of mad good lunacy in its prose.

In other words it is utterly brilliant.

And socially relevant. Sex trafficking. Not a pretty subject, not a fictional creation but a real world thing. If you can’t cope with reality within fiction avoid this novel because the author slaps you with the reality right round the face. Using an incredibly unusual, often unlikeable, rather twisted protagonist. And Epiphany Jones. You won’t ever look at Hollywood in quite the same way again.

Epiphany Jones is just astonishingly powerful.  As a concept, in its execution, with its characters and settings and amazingly surreal feel, you won’t read another book like it. You may wonder what you are getting into when you read the first bit but go along for the ride, it is a fast, furious, funny and dangerous one. And you know, its one of those books that come along every so often that really should be read by everyone. It honestly will blow your mind. Whats left of it by the time you reach the final page…

I’m incredibly crazy about this book. In a low down, secretly shoving it at everyone, nodding sagely and pointing at it without telling them what they are about to experience kind of way. Mostly they come out of it dazed and confused and I laugh a bit conveniently forgetting that the other side of it for me was a VERY bad hair day from all the random tugging at the roots. And wow has been used as a descriptive sense of it.

It is a wow book. But not in any way you will be expecting even having read this review that isnt really a review but more a ramble.

The upshot of it is though, you might want to read Epiphany Jones.

HIGHLY recommended. It won’t be for  everyone with its dark themes and often deeply disturbing vibe but it will also make you laugh (occasionally inappropriately) and is a journey worth taking.

See who else was on the tour! 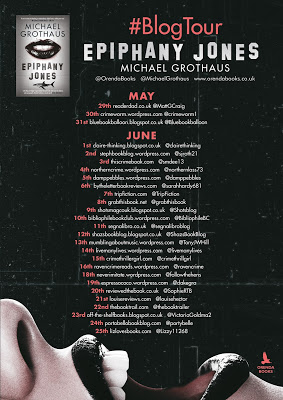 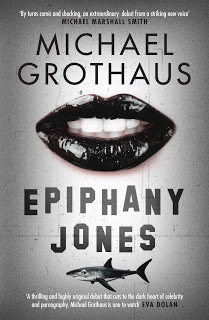