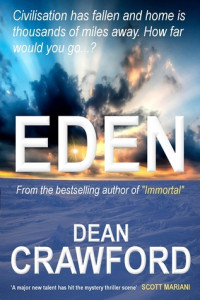 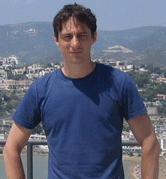 There is something uniquely interesting about post-apocalyptic stories, and I think that it’s the universal fear that we all share of our insignificance before the world around us. In our modern societies, provided with food and warmth and shelter to the extent that we never need to worry about surviving, the possibility of a global apocalypse becomes a morbid source of fascination. None of us want it to occur, but we all want to experience it through the eyes of fictional characters exposed to a future too horrific for most of us to contemplate.

There are many post-apocalyptic stories concerning alien invasions, zombies and such like, but I much prefer the real chillers, those set around events that could happen today, tomorrow, or this very moment. For Eden and its forthcoming sequel, Eden: Redemption, I chose a solar flare to wipe out all of mankind’s electrical systems, casting our species back into the Stone Age overnight. The reason for this was because it’s happened before, the 1859 Carrington Event. If that tremendous solar storm were to occur today, it is likely that our modern world would take decades to recover, if it ever did. 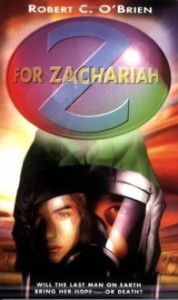 I recall reading a novel called Z for Zachariah at school, and was struck even at a young age by the idea of the human race being reduced to a few lone survivors, struggling to eek an existence out of the planet’s rarified resources. Likewise, today’s proliferation of survival programmes on television and prepper documentaries hint at an undercurrent of fear running through many people: that our complex society is fragile and that its myriad interdependent threads could unravel and collapse at any time. We all know that it’s possible, yet few of us really wish to think about it. It is those who do think about it who will be those who might survive should the day ever come: super-volcano, asteroid impact, pandemic, methane substrate explosion, radical climate change, supernova radiation, nuclear war…., the potential list of mankind-eradicating catastrophes is as endless as the stories that have been written about them.

But they all share one common theme – a human story. It is rarely the event itself that captures readers but the aftermath, the tale of those left behind who must survive and struggle to learn lost skills in the haunted wreckage of mankind’s wake. Should that terrible day ever come, any reader of post-apocalyptic fiction will likely have already understood something of what the survivors will be going through: and of what they might need to do themselves.