Independent Bookshops – The ones we love. With David Young

As readers we ALL love a good bookshop  – Today I kick off a new series of drop in features on the blog, where I have asked several authors and fellow bloggers to tell us all about their favourite local bookshops, possibly have a chat to the people who work there and spread the word on a few of the best places for book lovers dotted around the country. A HUGE thanks to David Young, author of Stasi Child (details to follow) for  starting this off in style as he tells us about The Bookseller Crow On the Hill. 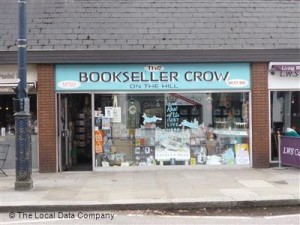 I made a lovely discovery recently – I just wish I lived a little nearer. That discovery was Bookseller Crow on the Hill in Crystal Palace, an area I normally only visit to see my team (Hull City) getting beaten at Selhurst Park.

This is an independent bookshop with a personal touch run by Jonathan Main and his partner Justine Crow (hence the shop’s name) for the past nineteen years, after meeting when both worked in the bookselling industry.

The shop’s been going from strength-to-strength and is much valued by the local community, with three thriving book clubs attached to it, and regular author events.

Jonathan’s got a strong interest in American fiction, so the shop’s well-known for that, but there are also extensive children’s and graphic novels sections. A recent venture is a new Crime book group which is proving very popular. 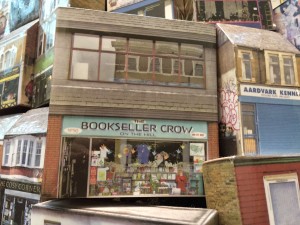 So what’s the secret of its success?

‘Personality, the personal touch, I think that’s the key thing,’ says Jonathan. ‘A long time ago we realised we weren’t going to survive if we just copied what Waterstones were doing on their front desk. It’s about personality and trust and making things a bit more unusual for customers.’

The main book group has been meeting for the last five years and normally has around 35 people turning up on the first Wednesday of every month (All welcome, but check website or ring before attending). As well as lively discussions, the spin off for the shop is that they usually sell around fifty books on the night. 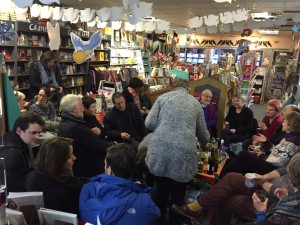 ‘We alternate between male and female authors, and move around the world with what we’re reading. It’s not democratic though – I choose the books!’

Every three months, there’s a separate group that meets to read and discuss a ‘doorstopper’. The current choice is 1000-plus pages of Tolstoy’s classic, War and Peace.

The crime book club is a newer venture but already has a strong following and the intention is that it will eventually meet monthly. I attended a three-author event recently with Northern Irish crime writer Claire McGowan, who lives locally, and debut scribes Rod Reynolds (The Dark Inside) and Tim Baker (Fever City) which had a great turnout – and some probing questions from the obviously well-read members. 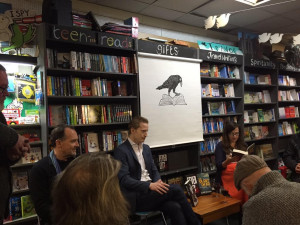 It was the second event I’d been to at the shop (the first was for the launch of fellow Twenty7 author Ayisha Malik’s “Muslim Bridget Jones” – Sofia Khan Is Not Obliged). I was struck by the friendliness and also Jonathan’s willingness to engage visitors in conversation and offer recommendations.

Our shared interest, other than in books and writing, was football. Jonathan’s originally from Leicester, but having lived in South London for 25 years he’s become a Crystal Palace season ticket holder.

His true love, though, is Leicester City, sitting proudly (as I write) at the summit of the Premier League.

‘It’s a fabulous story, especially for me. I used to go as a kid with my father to Filbert Street for around fifteen or sixteen years. He was a lifelong supporter.’

So although his roots now are firmly in Crystal Palace, part of his heart stays in Leicester. ‘My dad and I have even got our names on a brick at the King Power Stadium.’

Although there have been ups and downs for independent bookshops, Jonathan is bullish about the future. Two years ago all the talk was about electronic books – but now things have swung back towards print.

‘People prefer the printed book. They might buy on Kindle as well, for convenience when going on holiday and things like that. But they still like to turn the pages of a book, so we find increasingly they end up buying both.’

And a rosier future for the printed word should ensure that Bookseller Crow on the Hill continues to serve its passionate fans for a good few years yet.

David Young was born near Hull and – after dropping out of a Bristol University science degree – studied Humanities at Bristol Polytechnic. Temporary jobs cleaning ferry toilets and driving a butcher’s van were followed by a career in journalism with provincial newspapers, a London news agency, and international radio and TV newsrooms. He now writes in his garden shed and in his spare time supports Hull City AFC. 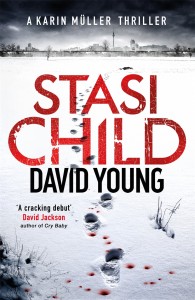